Locker room clean out: Themes and thoughts from One Bills Drive 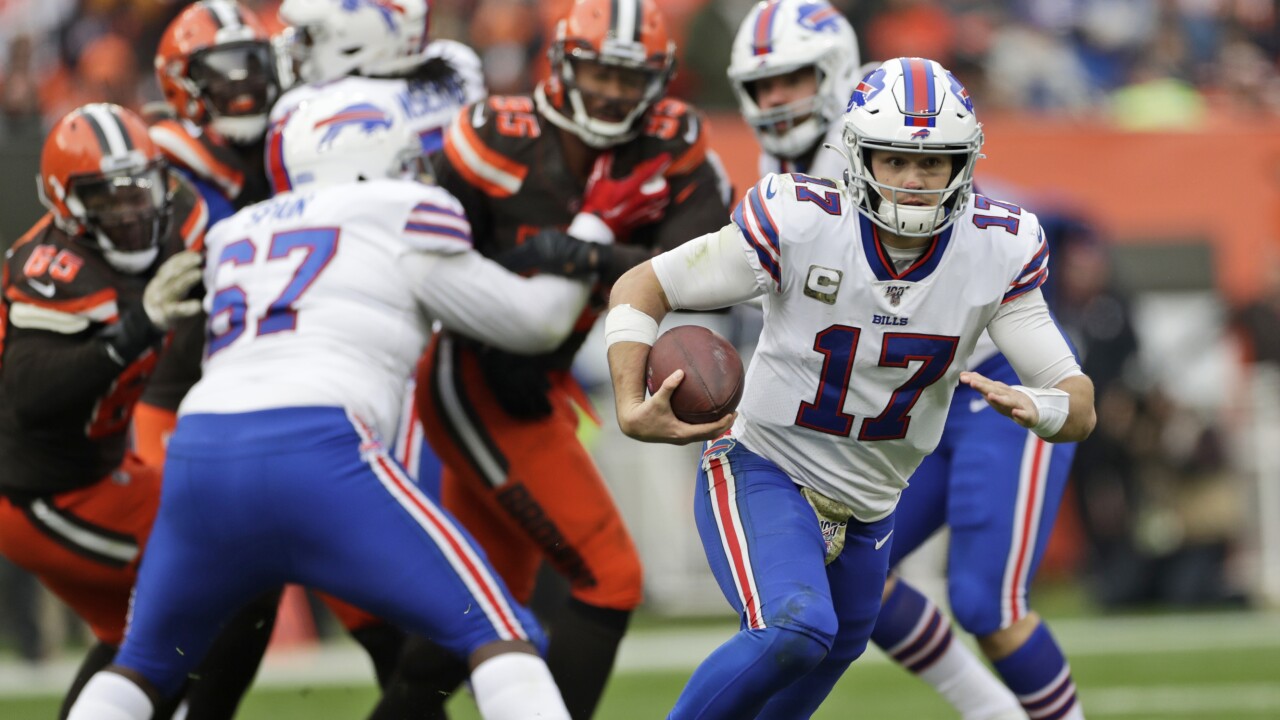 ORCHARD PARK, N.Y. (WKBW) — Saturday's overtime loss in Houston was immediately followed by a late flight back to Western New York. On Sunday morning, the team cleaned out their lockers. As the 2019 season came to an end, there were some common themes among the players.

Running back Frank Gore discussed the possibility of retirement today. One of his offensive linemen, Quinton Spain, was in a contract year this year. On the other side of the ball, Shaq Lawson's fifth year option wasn't picked up coming into this season. All three of them had no guarantees, but a return to Buffalo sounds like an option across the board, at least on their end.

"I'm just going to leave it to my agent," Spain said. "But I told my agent that if they really want me, and want me to be here, I'd like to get something done before free agency starts."

"This is my first rodeo, so I'm going to sit with my agent and see how it'll work out," Lawson said. "I'm open to returning, but I just need to see where everything falls at."

A core group coming back:

General manager Brandon Beane and head coach Sean McDermott have talked about their third year together being the turning point for the franchise. While a handful of players' futures are up in the air, the 2019 season and the players set to return are leading the Bills in the right direction.

"Beane, Coach McDermott, they did a great job, man. This team has a lot of young talent," Gore said. "This team has put themselves in position to be top dog in the division for a couple years."

"[The rookie class] played fantastic for us. So hats off to the front office for taking a leap and drafting those guys," quarterback Josh Allen said. "They fit this culture very well with what Coach McDermott's trying to preach here... With a year of experience under their belt, they are going to be better."

"[The front office] did a great job last year, so I'm excited to keep going," offensive lineman Jon Feliciano said. "Whenever you can keep the same core group of guys together, it's hard to do, but whenever you can do that, and keep building together, it'll be huge."

The possibility of Brian Daboll's departure:

Regardless of Saturday's outcome, the Cleveland Browns' brass was coming to Buffalo to interview Bills offensive coordinator Brian Daboll. The possibility of losing coordinators is a reality that well-coached, playoff-caliber teams face. Some of the players weighed in on the situation and what it means to them.

"I love Daboll. He's been one of my favorite coaches I've ever had in my entire football career," Allen said. "Personally, I would hate to see it, but at the same time, to get an opportunity like that for him would be awesome... I understand this is a business and I'd be the first one to tell him to do it if he had that opportunity."

"It'd be a huge loss for us. I don't look into job interviews and that stuff going on off the field," rookie tight end Dawson Knox said. "He's an incredible man. He's an incredible coach. Whoever gets him would be lucky to have him; obivously I hope we can keep him here."

"He's an incredible guy, and I wish him the best and hope we get to keep him," kicker Stephen Hauschka said. "I understand he's going to do what's best for his family and his career moving forward. But hopefully he stays and sees the potential in this team."

A sense of family in the locker room:

"It honestly feels like a college team," Feliciano said. "Just having everyone together all the time. We're always doing something. It's just been a great time."

"I came from Ole Miss where I feel like that was a pretty similar atmosphere of family and having coaches that care for you," Knox said. "Here, it's special. The amount of time that people pour into each other's lives off the field is pretty crazy... It's something I really didn't expect coming into the league, so that was really fun for me this year."

"It's like the brotherhood. It's family," Spain said. "Everybody had each other's back, and you can see the energy out there on the field. When somebody makes a play, everybody's excited. Nobody's ever pointing fingers at each other. We're a team here."

"We're going to have this feeling in our stomachs for the next eight months until we play again," Allen said. "It's for sure going to help us out in the long run. It sucks now, but you can't win them all, and we're going to try to use this for the better."

"I think they'll keep growing," Gore said. "We've been here, around the coaching staff, been around these young core group of guys, they're in good hands."

A message for Bills Mafia:

Bills fans' travels were well-documented all season, both in the regular season and this past weekend in Houston. As the team arrived at 1:45 in the morning on Sunday, Bills fans were there to greet them at the airport despite the loss. This team doesn't take that for granted.

"That was amazing just to see them all there. Part of me wanted to go out there and give each one of them a hug," Hauschka said. "This is a special place to play. We have the best fans in the world, and my heart goes out to each and every one of them."