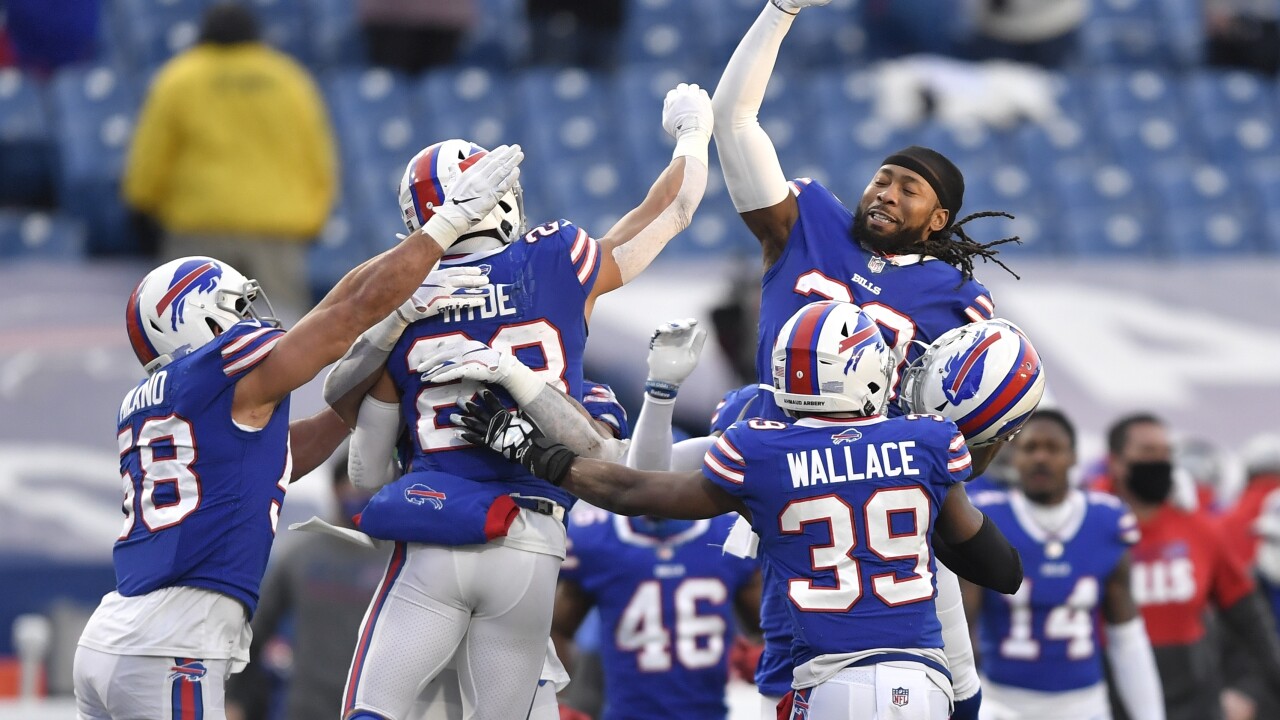 ORCHARD PARK, N.Y. (WKBW) — An entire region held their breath with four seconds to go in Saturday's wild card game. The Indianapolis Colts were out of timeouts, and fear crept in that the Bills' first playoff game in Orchard Park in 25 years very well could have been Glendale all over again.

But the Buffalo Bills have learned their lesson.

"The [defensive back] in me wanted to catch it and get a run to get some yards after it," Bills safety Micah Hyde said. "But since [the loss to the Arizona Cardinals], we just knock that down. So I'm happy I was able to do that."

Hyde's emphatic knockdown was the final play of the Bills' 27-24 win over the Indianapolis Colts on Saturday afternoon. He seemed like he was shot out of a cannon from the back of the end zone to get underneath Colts quarterback Philip Rivers's desperation heave.

"I said there's no way this is happening again. I got a running start to go and hit it," Hyde said. "I walked into the locker room, and it seemed like everybody was nervous. I'm like hey, man, all I did was hit it down!"

"This time I was happy that [the ball] was going up there," left tackle Dion Dawkins said. "Our guys practice it every single day. Every single practice. I don't want to speak for future things, but they practice for it not to happen."

That pass breakup was the biggest of the entire year for the Bills. It kept Buffalo's season alive. In a situation that the Bills had been in before, coming through and changing the result has shown the type of growth that embodies a true contender.

"It's understanding that these drives that we have are precious, but it's not the end of the world if you don't get things going right away," quarterback Josh Allen said. "Our defense did a great job of limiting them. That's a heck of a football team we just played, make no mistake about it."

"Our defense I thought, at the end, really stood up. That's a tough, tough situation," head coach Sean McDermott said. "I really liked the look in their eye when they took the field on that last drive."

The Colts were out of timeouts when they got the ball for their final possession of the game. A fourth down conversion and an upheld ruling on what looked like a Zach Pascal fumble could have taken the wind out of Buffalo's sails. But the defense never wavered.

"I had all the confidence in the world that we were going to go out there and do what we had to do," Bills safety Jordan Poyer said.

The Bills still haven't lost since the Cardinals' Hail Mary to win the game on Novemeber 15th. Buffalo won't know who they'll host for the divisional round until the end of the Browns-Steelers game on Sunday night; they could play the Ravens, the Titans, or the Steelers.