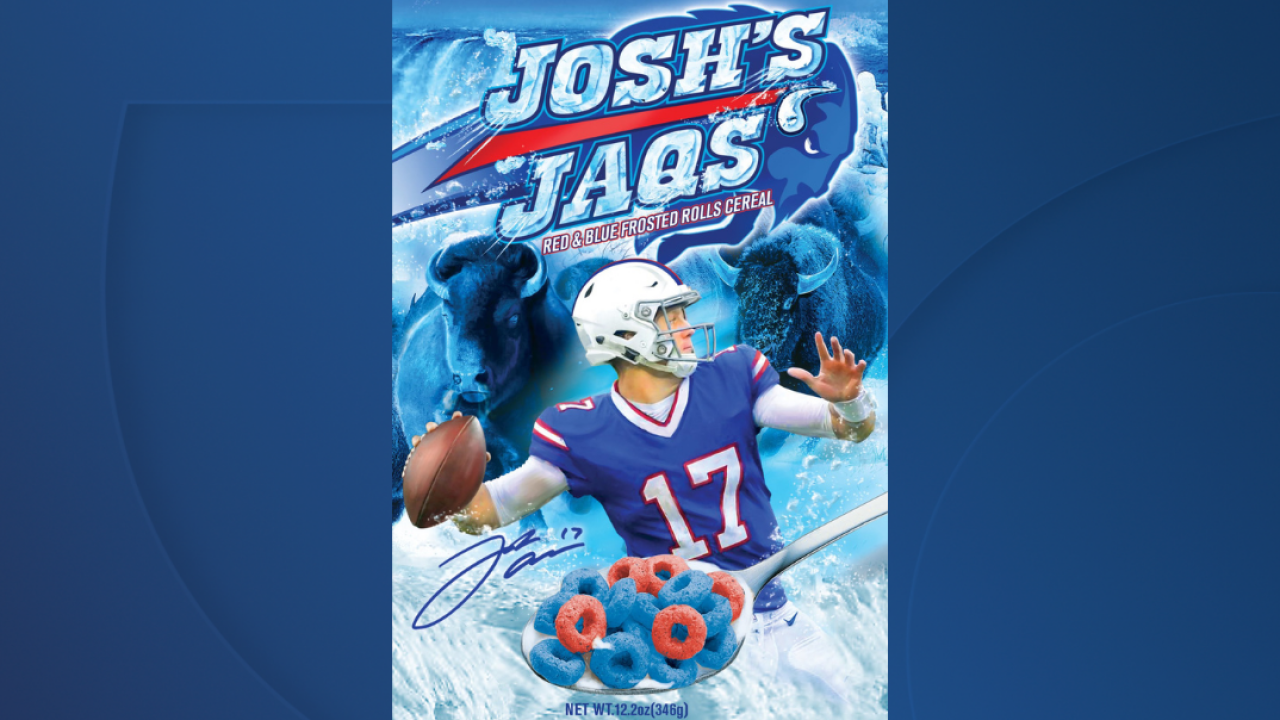 Starting on Sunday, you can purchase "Josh's Jaqs" from Wegmans where a portion of the proceeds will benefit Oishei Children's Hospital.

Big weekend ahead! Football is back and Limited Edition Josh’s Jaqs will be available in @Wegmans stores starting this Sunday, September 13th. It’s always been a dream to have my own cereal, thanks @PLBSports !! Pick up a box and support Oishei Children’s Hospital @ochbuffalo pic.twitter.com/9ptDpZKSLb

The cereal will only be available for a limited time.

Can't make it to Wegmans but you still want the cereal?

You can order two boxes directly for $20, here.

The boxes won't ship until the week of September 20th.