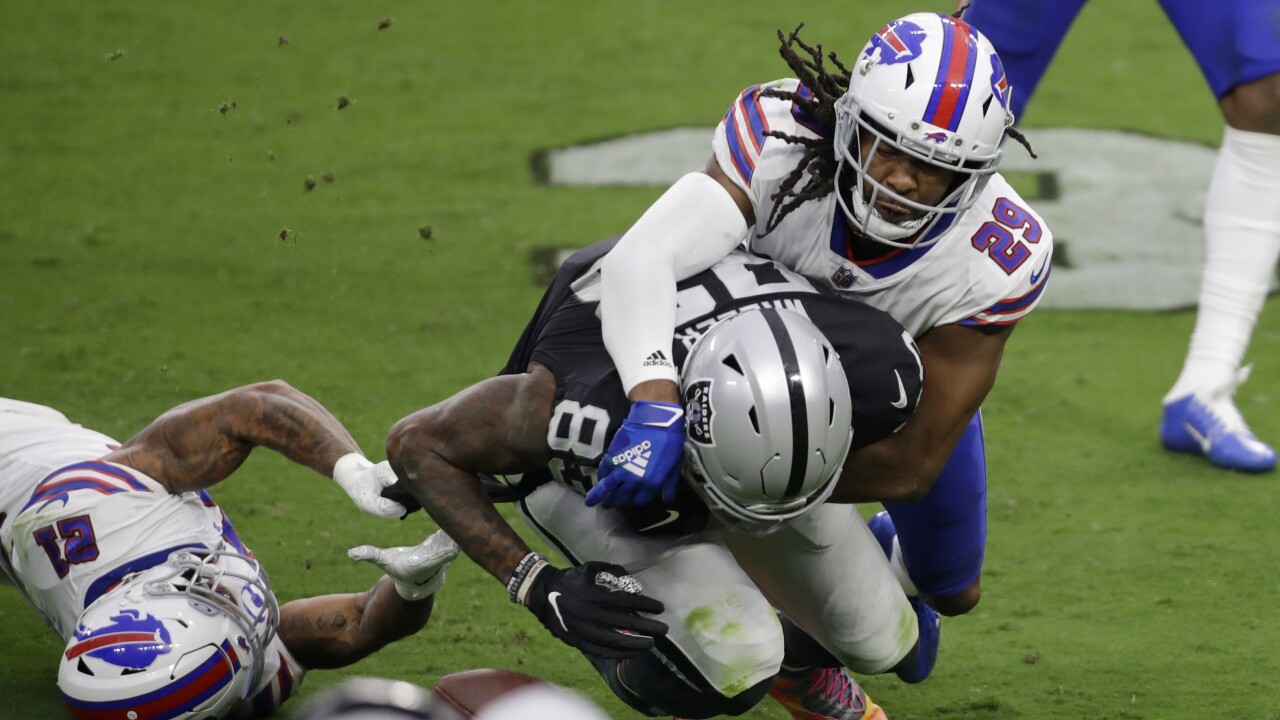 ORCHARD PARK, N.Y. (WKBW) — An already weakened secondary has been even further affected by the final injury report going into Sunday's game against the New York Jets.

Fellow cornerbacks Tre'Davious White (back) and Cam Lewis (wrist) are both listed as questionable. White didn't practice on Friday, while Lewis was limited and had his wrist and hand heavily taped.

Matt Milano (pectoral) is also questionable. The outside linebacker has missed the last two games, both losses, along with the Bills' Week 2 win against the Dolphins.

Kickoff on Sunday at MetLife Stadium is at 1:00. The Jets are the only winless team left in the NFL.