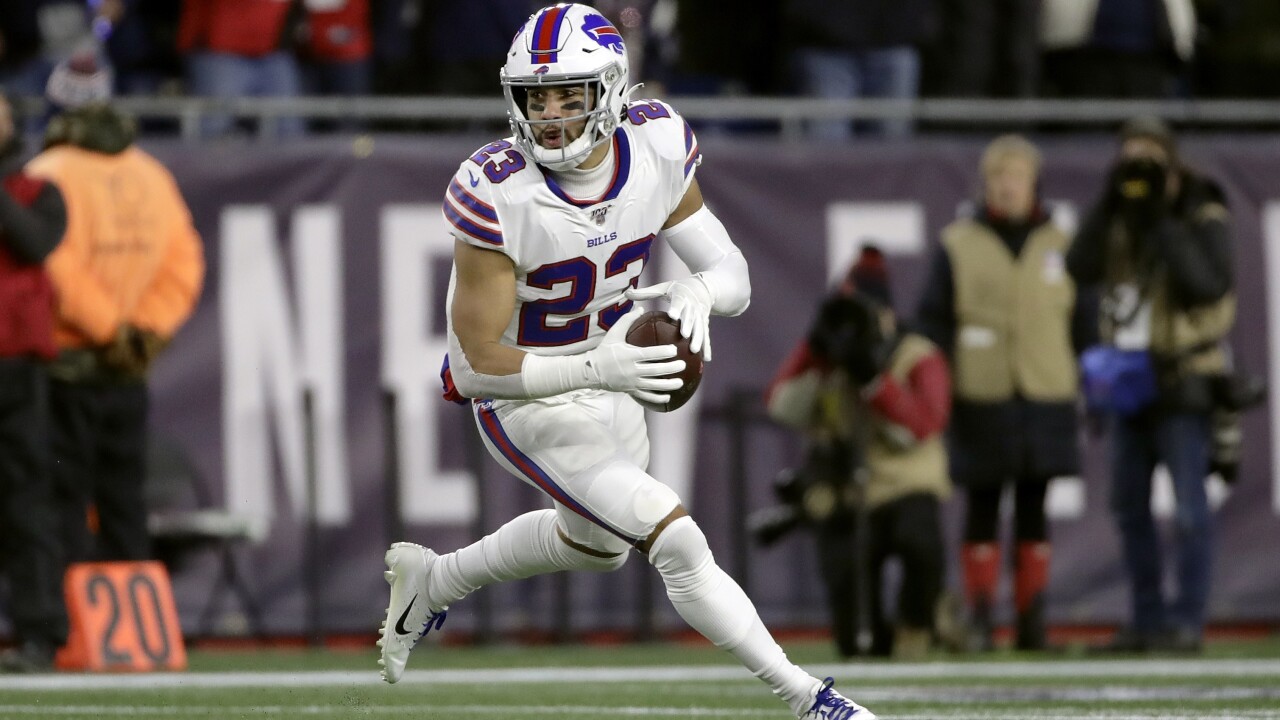 BUFFALO, N.Y. (WKBW) — The midway point of the season presents one of the Bills' toughest tests all year: the Seattle Seahawks. And while Buffalo gets one key defender back this week, they'll have to go without another.

Safety Micah Hyde has cleared concussion protocol and carries no status into Sunday's game. He was a full participant in practice the last two days.

Linebacker Matt Milano, on the other hand, who had been limited to a certain amount of snaps each of the last two weeks, was moved to injured reserve on Saturday with a pectoral injury. The Bills won't be able to reactivate him from short-term IR until after their bye week.

The absence of Yeldon and Jones leaves the Bills with only their two primary backs on the active roster: Devin Singletary and Zack Moss. RB Antonio Williams is a call-up name to watch from the practice squad. Isaiah McKenzie has also taken a couple reps at running back in practice this year.

Kickoff against the Seattle Seahawks is at 1:00 p.m. in Orchard Park on Sunday.