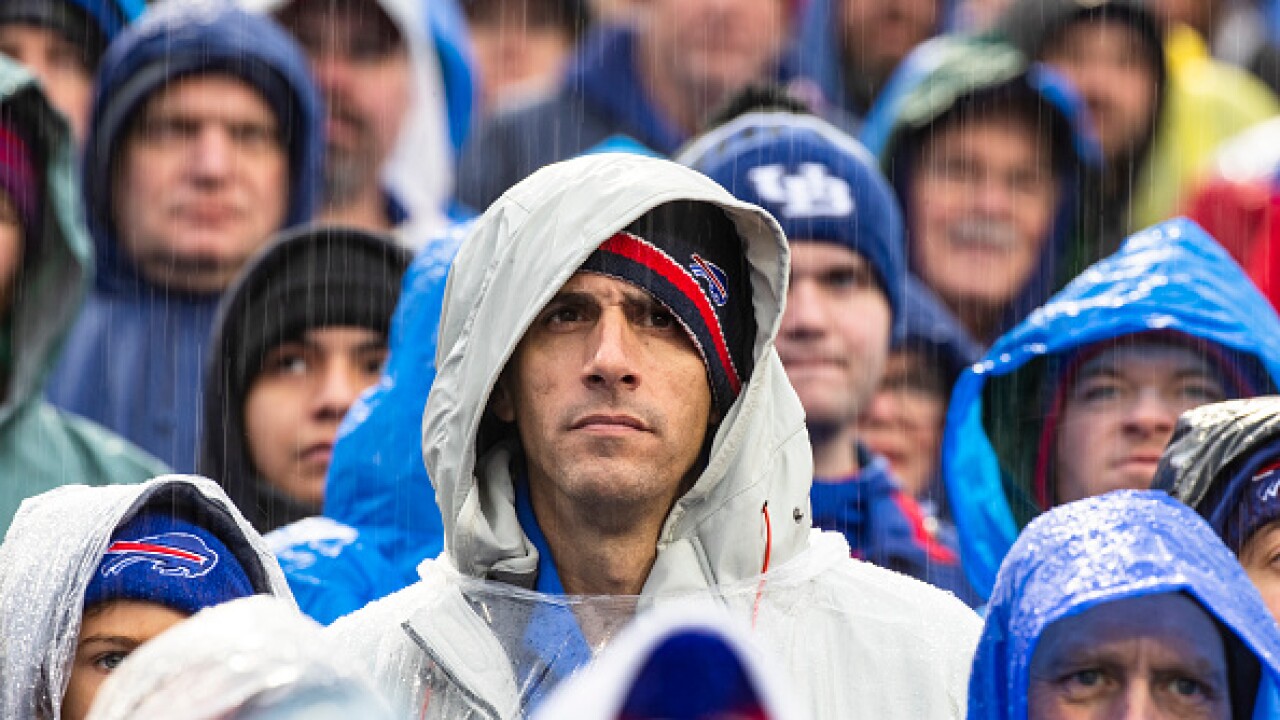 ORCHARD PARK, N.Y. (WKBW) — The Buffalo Bills already clinched a playoff spot in their win against the Pittsburgh Steelers in Week 15, but they still had to close out the regular season against their AFC East rival, the New York Jets.

Here's how social media reacted to the Bills 13-6 loss to the New York Jets in Orchard Park.

My son has driven 5 hours to see the Buffalo Bills play! He has Autism and this is his dream come true. He is hoping to meet @JoshAllenQB and @Edoliver_11 This is a HUGE step for him and im hoping to make his dreams come true! pic.twitter.com/GPmHxRmMKm

If nobody gets hurt it’s a win.

Tre’Davious White did not allow a single TD this season. #Bills #BillsMafia

God broke the mold when he created you Lorenzo. Thank you just doesn’t seem enough. You will forever be a Buffalo Bill in our hearts. #57simplythebest pic.twitter.com/JbsBDLpGzy

The #Jets kicking the FG rather than going for it in a meaningless game is laughable.

To the @BuffaloBills fans at this game 🏈...
in the pouring rain 🌧...
where nothing is happening 😐...
and the outcome doesn’t matter...

YOU ARE THE TRUE HEROES. #gobills❤️💙

for clarity purposes -- it's raining here in Orchard Park

Best fan base there is #AlwaysThere

Not going to lie, it would be pretty fitting for the last #Bills game of the decade to end 6-3

Wall of Fame isn’t enough for this man. In a matter of weeks he kept Joe Burrow out of the AFC East and knocked the Pats into the Wilcard Round.

Nothing is too small for this true Buffalo Deity pic.twitter.com/X0Uf84nRrk

I like Darnold tbh I hope we have the rivalry of the #GoBills vs #Fins of the 90's .

To distracted by a Braves jersey and Bandits hat

Thank you to #johnbrown for graciously stopping by to say hi to my son prior to ⁦@BuffaloBills⁩ game today, you made his day and are truly a class act! pic.twitter.com/R9D83KYy7o

The Jets team in a similar stage of rebuild as this #Bills team two years after trading up in the 2018 NFL Draft for a QB and a few months removed from spending notably in FA squeaked our a win against backups after Buffalo clinched a playoff spot two weeks ago.

You can watch the game right here on 7ABC.