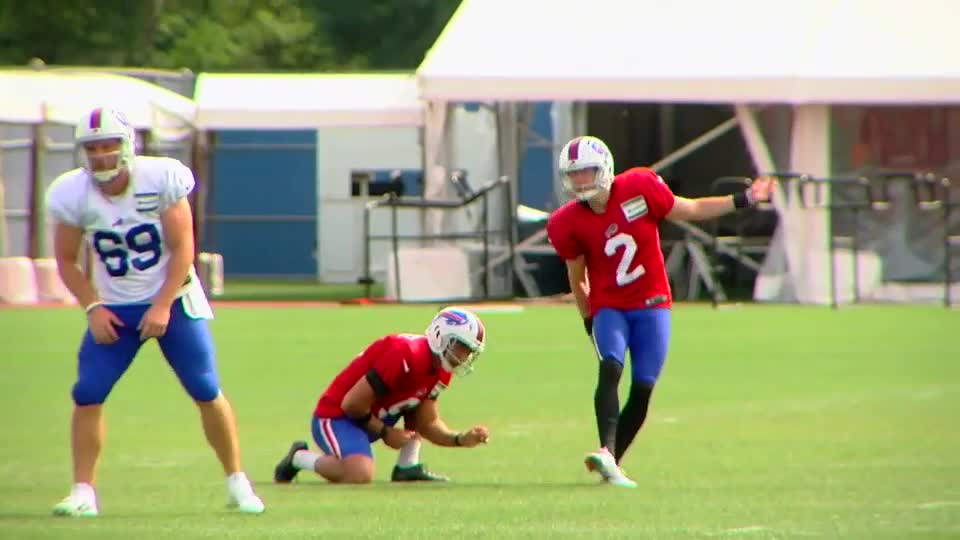 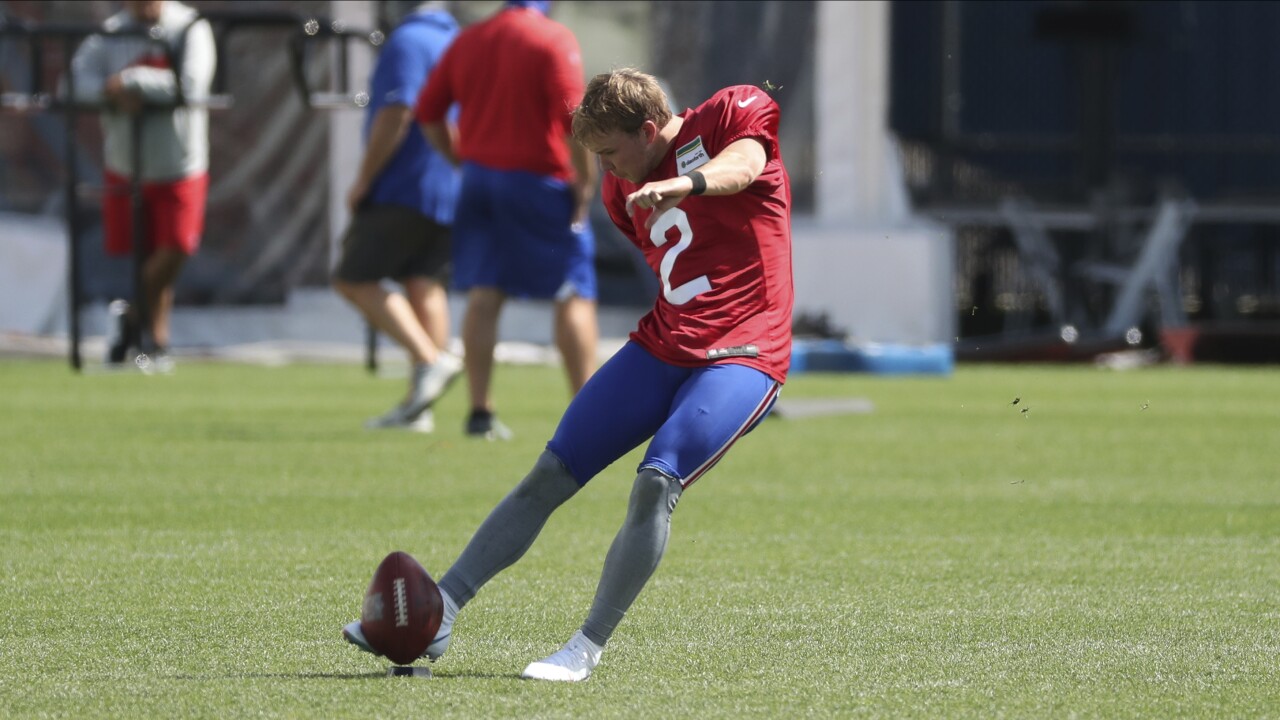 ORCHARD PARK, NY (WKBW) — Whether it's the boom or his approach, Tyler bass has been impressive.

His journey dates back to the ninth grade when he made the transition from soccer to football, all thanks to his "mee-maw" who encouraged him to take a chance.

"She was there for my first tryout, she was there every practice," Bass said. "All she told me to do was kick it far and kick it straight. It's still to this day, probably the best advice I've ever had."

And it's worked. With zero offers out of high school, Bass walked on at Georgia Southern where he became one of the best kickers in his class. It led to becoming a sixth round draft pick and now an NFL starter.

"It's an unbelievable moment and it's like a dream for me," he said. "I know it's just the beginning of the dream but it's one step for me."

Bass earned that roster spot over veteran Stephen Hauschka. While he lacked the experience, his talent was enough. The team based their decision after watching his success in things like field goal percentages, kickoffs, and performance under pressure.

"Overall, he won the job. Nobody handed it to him," Bills special teams coordinator Heath Farwell said. "We made it as hard as we possibly could and he excelled in everything we did and everything we evaluated."

He's already turned heads thanks to videos he's posted to Twitter where in one, he hits a 69-yarder. But while he has fun trying to hit those long distances, this is the NFL and that 30-49 yard range is his primary focus.

"The only way for me to get better and keep my job is to be consistent from there," he said. "So I'm really thankful for them to keep challenging me and they're still challenging me to this day about that."

And speaking of a challenge, Bass will be heading into Sunday's game with no preseason games under his belt. But as a competitor his entire life, he's more than ready to take this next step.

"I'm still gonna do everything I can to be the best I can be to help this team and take it one day at a time."