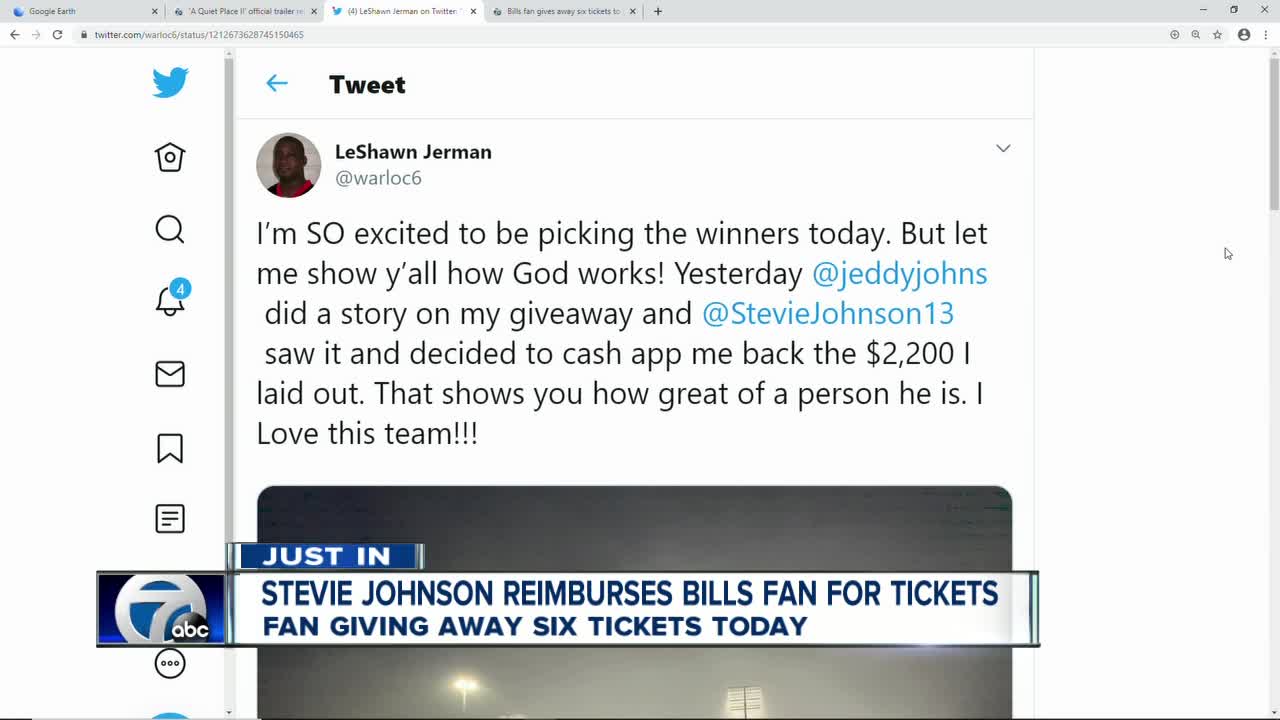 A former Buffalo Bills wide receiver is helping a fan give away tickets to Saturday's playoff game against the Houston Texans. 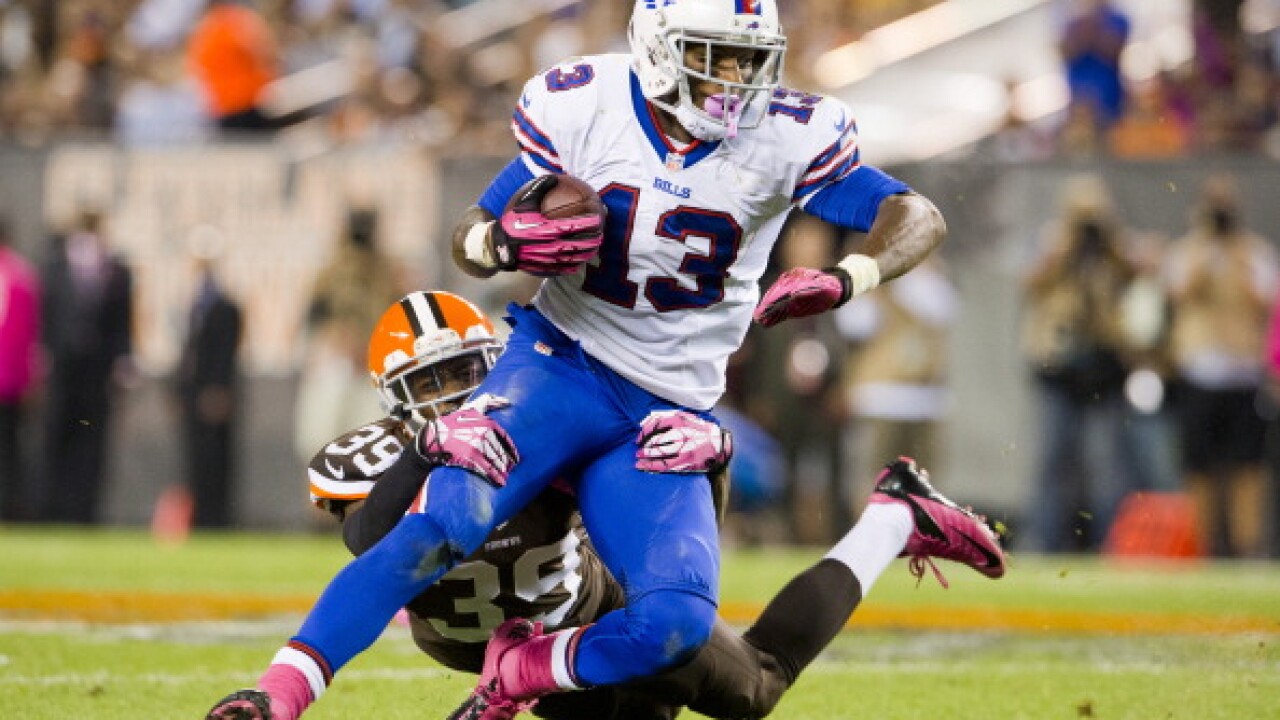 BUFFALO, N.Y. (WKBW) — A former Buffalo Bills wide receiver is helping a fan give away tickets to Saturday's playoff game against the Houston Texans.

We first told you how LeShawn Jerman will be giving away six tickets to three lucky fans, on Thursday.

That's when Stevie Johnson stepped up; sending Jerman $2,200 via CashApp.

I’m SO excited to be picking the winners today. But let me show y’all how God works! Yesterday @jeddyjohns did a story on my giveaway and @StevieJohnson13 saw it and decided to cash app me back the $2,200 I laid out. That shows you how great of a person he is. I Love this team!!! pic.twitter.com/QKKq5c2c1C