Join the 7 Eyewitness News team for 7/7: a Day of Giving for FeedMore WNY
SportsBuffalo Bills 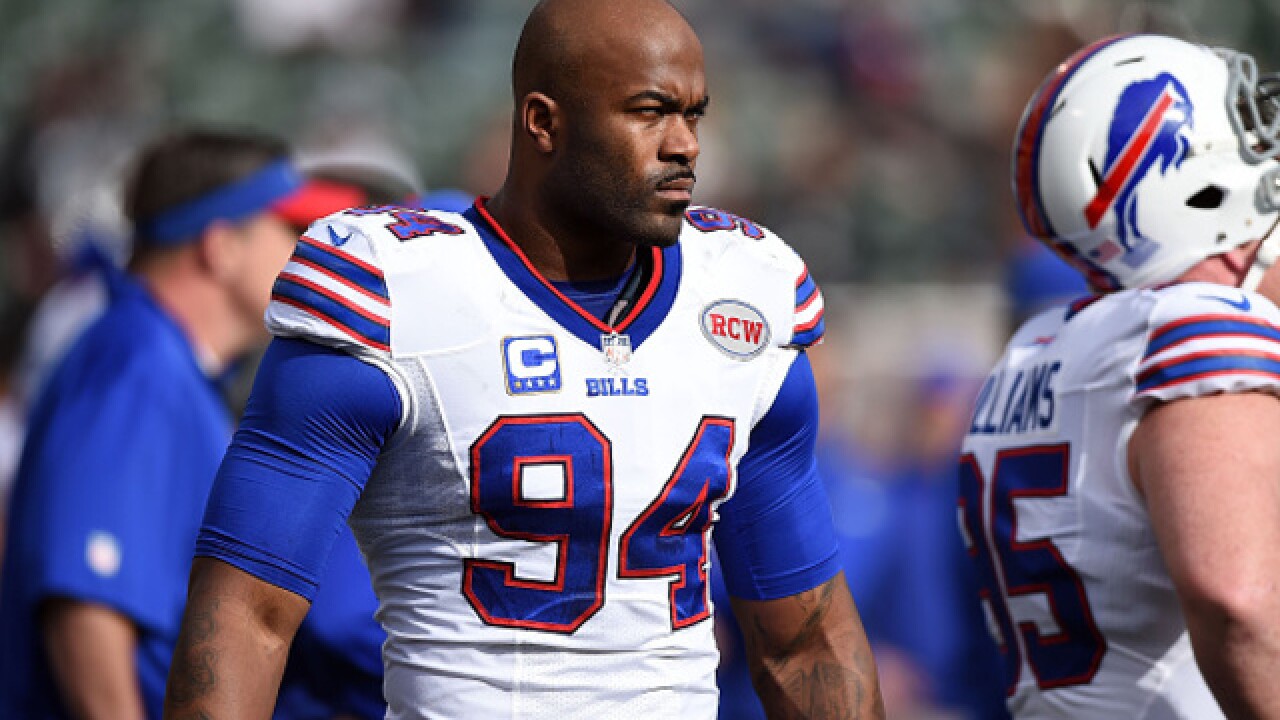 Thearon W. Henderson
<p>OAKLAND, CA - DECEMBER 21: Mario Williams #94 of the Buffalo Bills walks on the sidelines during pregame against the Oakland Raiders at O.co Coliseum on December 21, 2014 in Oakland, California. (Photo by Thearon W. Henderson/Getty Images)</p>

BUFFALO, N.Y. (WKBW) — According to KTRK-TV in Houston, former Buffalo Bills defensive end Mario Williams is facing criminal charges after he allegedly trespassed into a women's home in Texas.

Williams faces a Class B misdemeanor charge and has posted bail, which was set at $100.

According to KTRK, Williams made a copy of a woman's garage remote with a universal remote and tried entering the apartment early Tuesday morning. Reports also indicate Williams has been ordered by police to take a mental health assessment.

Williams made two Pro-Bowl appearances with the Bills during the 2013 and 2014 seasons. He was released by the Bills in 2015 after four seasons with the organization.