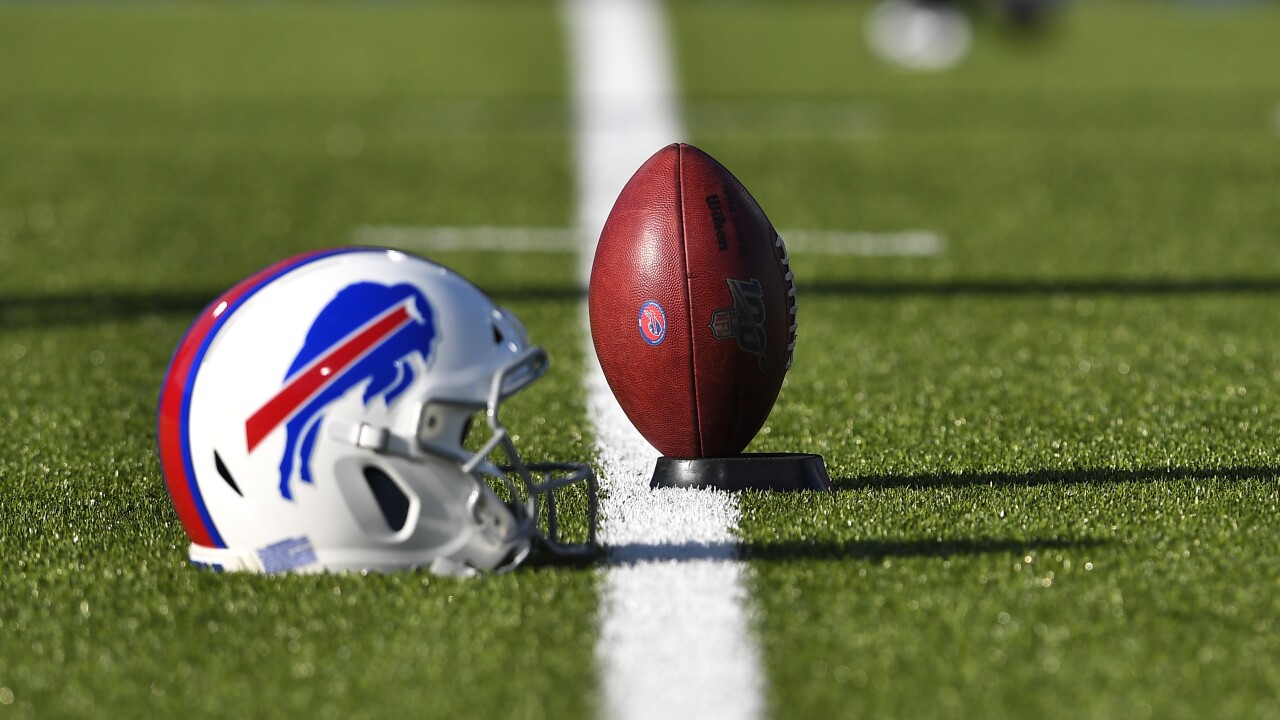 Adrian Kraus/AP
An NFL football and a Buffalo Bills helmet sit on the field during warmups before an NFL preseason football game between the Buffalo Bills and the Minnesota Vikings in Orchard Park, N.Y., Thursday, Aug. 29, 2019. (AP Photo/Adrian Kraus)

BUFFALO, N.Y. [WKBW] — The Buffalo Bills sent their rookies home from One Bills Drive on Thursday after two more players were placed on the Reserve/COVID-19 list. The Bills have now had five players test positive since they started administering tests last Tuesday.

The news was first reported by Mike Garafolo of NFL Network.

Some added context here: I’m told the #Bills have two players going on the reserve/COVID-19 list today. They had three previously. Other teams in that range as well but Buffalo clearly trying to isolate cases. https://t.co/f5DJoN90Pf

“As we were informed by medical experts as training camp opened, we expected to have positive tests for COVID," the Bills said in a statement to WKBW. "With 5 since the beginning of the testing period last Tuesday, we decided to take a disciplined, proactive and preventative approach to hopefully eliminate additional cases within our team.”

According to the NFL transaction wire, third-year defensive back Siran Neal and rookie cornerback Dane Jackson were added to the Reserve/COVID-19 list Thursday. Last week, undrafted rookie defensive back Ike Brown was placed on the aformentioned list. On Wednesday, defensive tackle Vincent Taylor and wide receiver Duke Williams were also added to the list.

While the Bills were not required to send players home, they did so to take extra precautions based on the positive test results. Any player who is placed on the Reserve/COVID-19 list can return to the facility and practice once they've passed the appropriate tests. Based on league guidelines, there is no minimum time a player needs to be placed on the list.