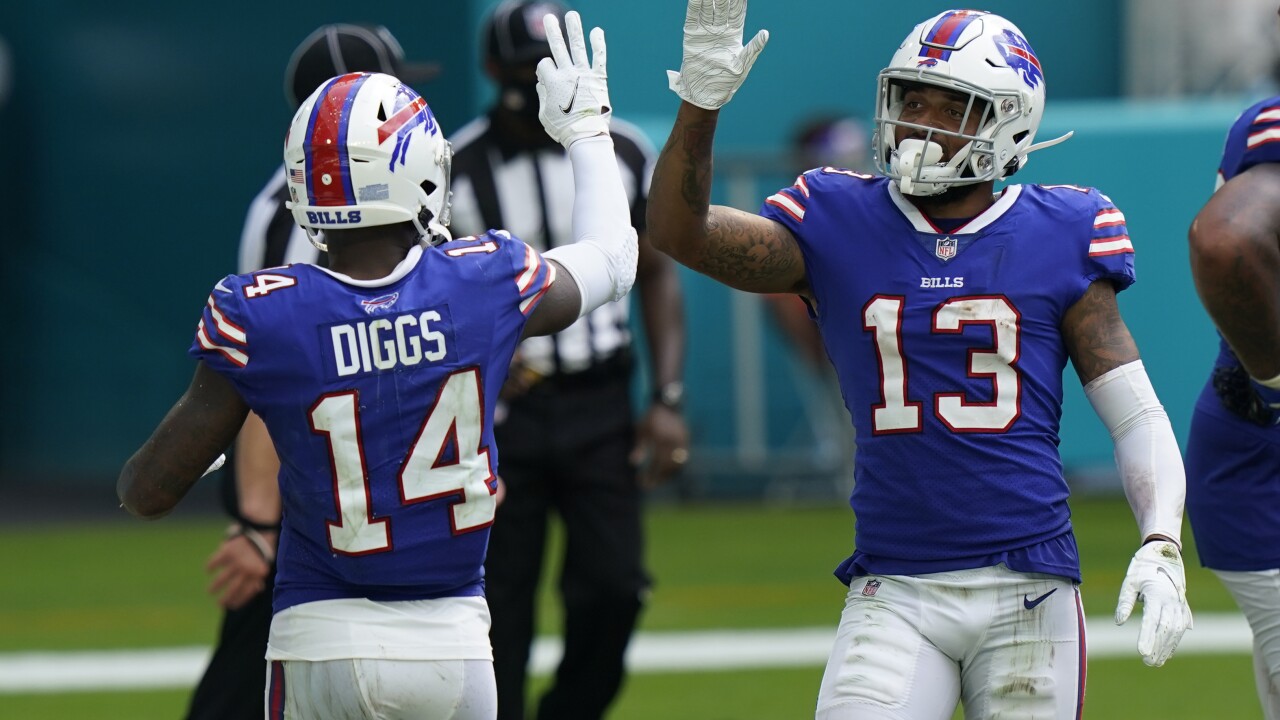 They were three of eight targets that quarterback Josh Allen connected with. That's the second straight week that Allen has reached that mark; it was also Allen's first 400-yard game in his NFL career. But for two rookies, Sunday's game will be remembered differently.

"It was an amazing feeling," Gilliam said. "I was thinking back to not having a pro day, not even making it to the league... and then here I am in Week 2 scoring a touchdown."

"I was blessed with the opportunity to make a play," Davis said. "I always felt like I was ready for those situations, so anything that ever came to me I was ready for what I had to do to be successful."

Diggs's touchdown was the first of what's expected to be many for the former Viking. He found room over the middle of the field late in the first quarter to help put the Bills back on top 14-7.

The eventual game-winner was a deep ball to John Brown. It was his second straight game with a touchdown on top of the six scores he had in 2019. Over that time, he's seen his quarterback continue to grow.

"You can tell he's developing, and he's learning from his mistakes last year. You know Josh. He continues to play a hell of a game and making smart decisions," Brown said. "I think it definitely moves him up another level because he's real confident."

In training camp, Brown called the Bills' receiver room the "most stacked" room he's been a part of in his career. The Bills' top trio of Brown, Diggs, and Cole Beasley continues to open up opportunities for one another. Even though Beasley didn't score, he still added five catches for 70 yards.

Buffalo's next test is a tough one though. The Los Angeles Rams are also 2-0 so far on the season and boast one of the best cornerbacks in the NFL in Jalen Ramsey. The two teams play at Bills Stadium next Sunday at 1:00 p.m.