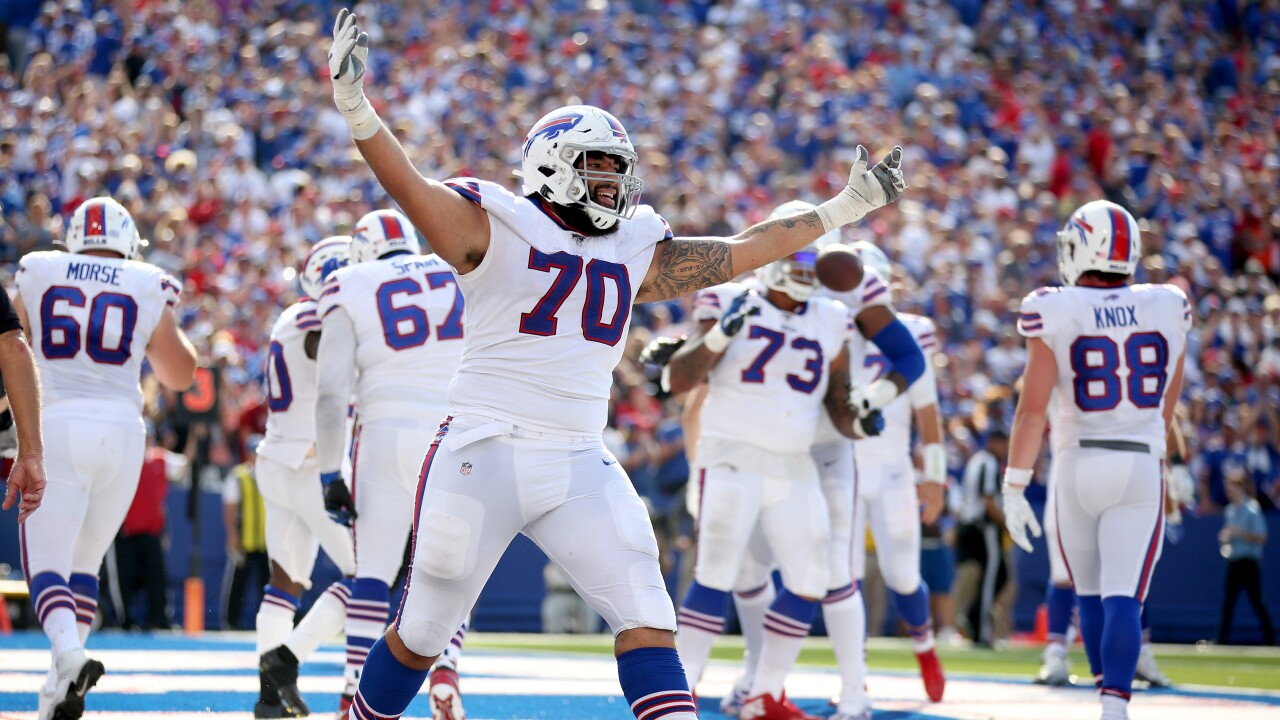 BUFFALO, N.Y. (WKBW) — The defensive line depth could be lacking on Sunday when the Bills host the New England Patriots. Defensive end Jerry Hughes, along with defensive tackles Quinton Jefferson and Vernon Butler, are all listed as questionable for Sunday.

Butler's groin injury appears to have regressed; he didn't practice on Thursday or on Friday. Jefferson and Hughes, however were both full participants Friday.

Another name that could be missing from the defense is linebacker Matt Milano. His snaps were limited against the Jets as he worked through a pectoral injury. He was limited all week.

Cornerback Cam lewis (wrist) and safety Micah Hyde (concussion) are both questionable, as well. Lewis was limited all week, while Hyde sat out of practice.

Offensive lineman Cody Ford and cornerback Josh Norman were both ruled out of the game. Wide receiver John Brown and Isaiah McKenzie don't carry any injury designation, so Josh Allen will have his full array of wide receivers this week.