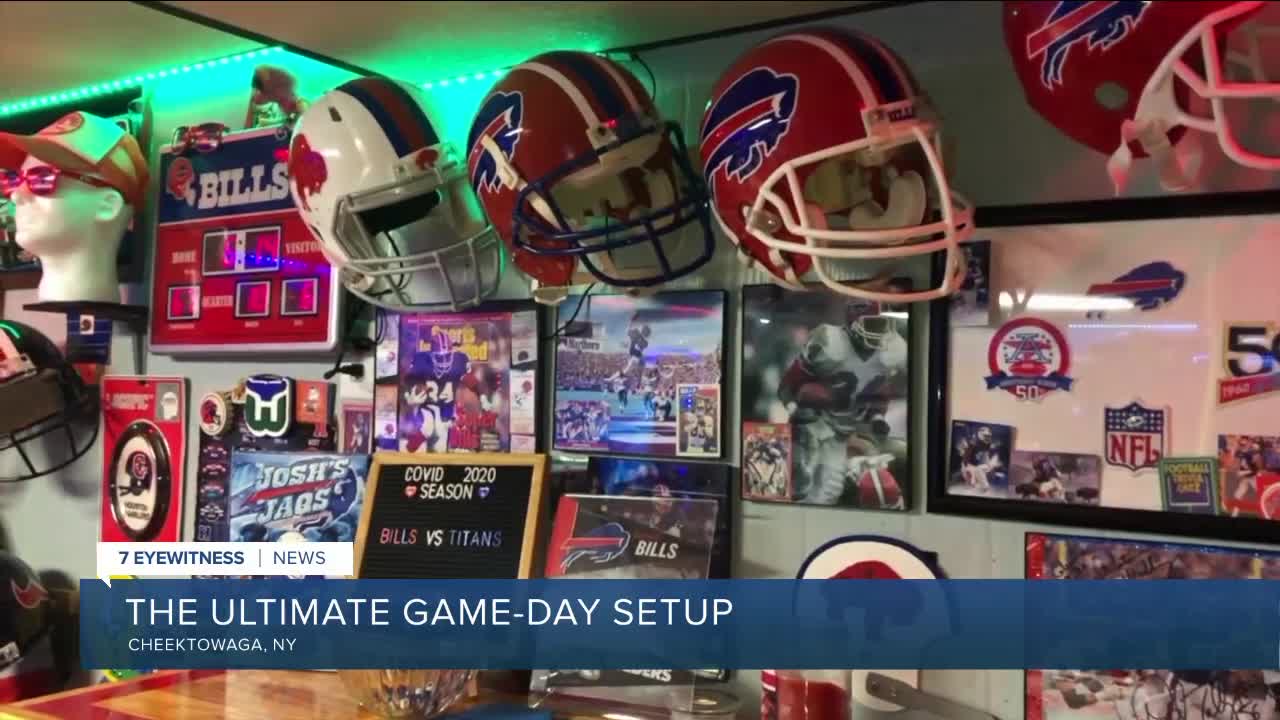 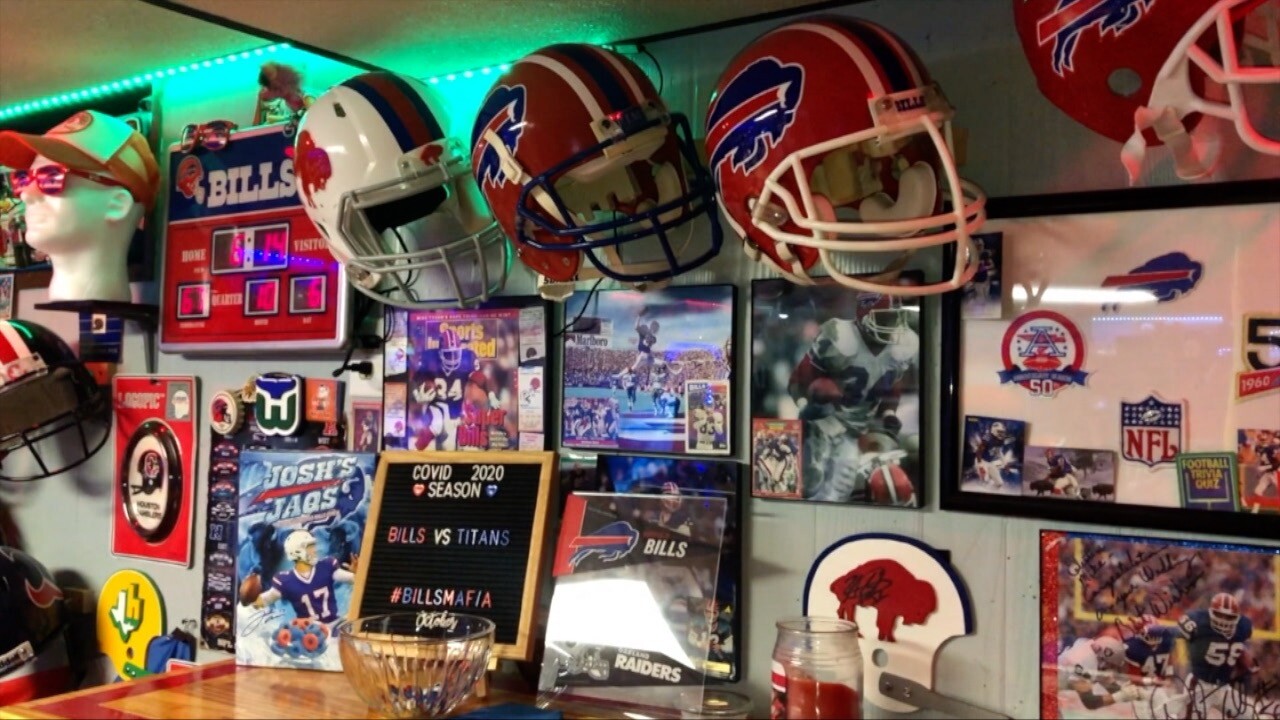 "I just like looking at the stuff. It's art to me," Mike Cline said. "I treat this place as a museum."

"The last game I missed was against the Dolphins in December of 2002," he said.

Well that was until this season after NYS guidelines stopped fans from attending games at the beginning of the season. But Mike and his wide Celeste, another big Bills fan, have a game day setup like no other with four different TVs.

From the moment you walk down the stairs, you see nothing but love for all things sports.

"We're easy to shop for for Christmas if you can imagine," Celeste laughed.

Because the Bills hold a special place in this basement, packed with tiny details like the painted goal posts and plenty of memorabilia - including turf from the end zone, Jim Kelly club seats, grass from the team's first Super Bowl, and an old phone.

Then there's the more than 50 refurbished helmets which is one of Mike's passions.

"This was a black helmet," Mike explained. "I sanded it, painted it, bought the decals on eBay, put them together, and then from there I was like okay, I'll make every team."

For the Clines, football is life. Mike and Celeste met because of the Bills, their wedding was Bills themed, and Celeste has taken it one step further by getting four Bills themes tattoos.

"I have the regular logo on the inside of my arm, on my shoulder I have the standing buffalo with the Rochester flower in the center, on my ankle it's the state of New York and it says home is where the Bills play, and then on my thigh it looks like my thigh's ripping open and underneath is Zubaz."

They're a couple who represents everything Bills Mafia stands for, dedicated and enthusiastic fans who'll bleed red, white, and blue for a lifetime.

"We need some place to put our passion," Celeste said about their basement. "We need to do our craziness somehow so why not this way?"