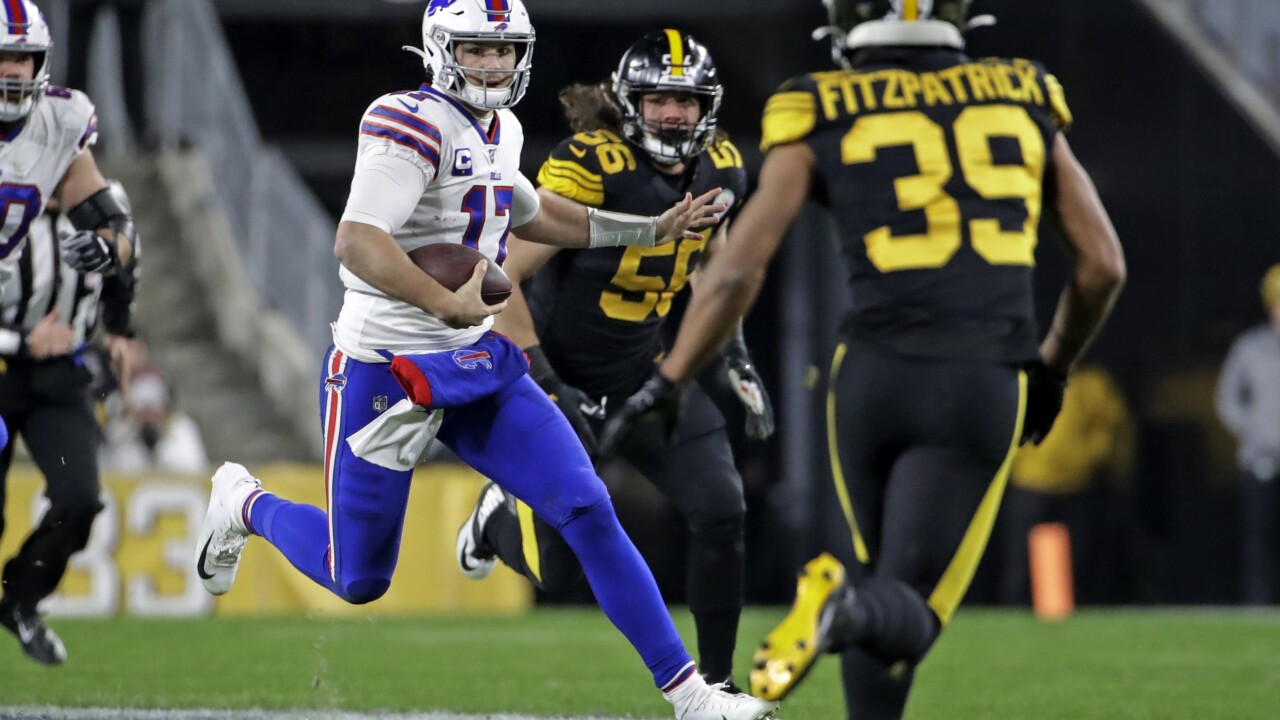 Don Wright/AP
Buffalo Bills quarterback Josh Allen (17) runs the ball during the first half of an NFL football game against the Pittsburgh Steelers in Pittsburgh, Sunday, Dec. 15, 2019. (AP Photo/Don Wright)

BUFFALO, N.Y. (WKBW) — If the season ended today, both the Buffalo Bills and the Pittsburgh Steelers would be in the playoffs. The Bills punched their ticket to the postseason with a 17-10 win in prime time over Pittsburgh.

Both defenses and their playmakers were on display all game long. Tre'Davious white picked off Devlin Hodges twice; on the other side of the ball, Steven Nelson had an interception and Mike Hilton had a fumble recovery.

The Bills took a 7-3 lead into the locker room after Josh Allen's 16th rushing touchdown of the year. But the Steelers opened the second half with a 69-yard touchdown drive capped off by a touchdown from James Conner.

Tyler Kroft's first touchdown as a Bill won the game. Josh Allen connected with the former Bengal from 14 yards out to take the lead. From there, Buffalo's defense held up to preserve the win.

The Bills are back on the road next week; they're playing the New England Patriots in Foxborough on December 21st at 4:30 p.m. WKBW's coverage kicks off at 4:00 p.m on Saturday.