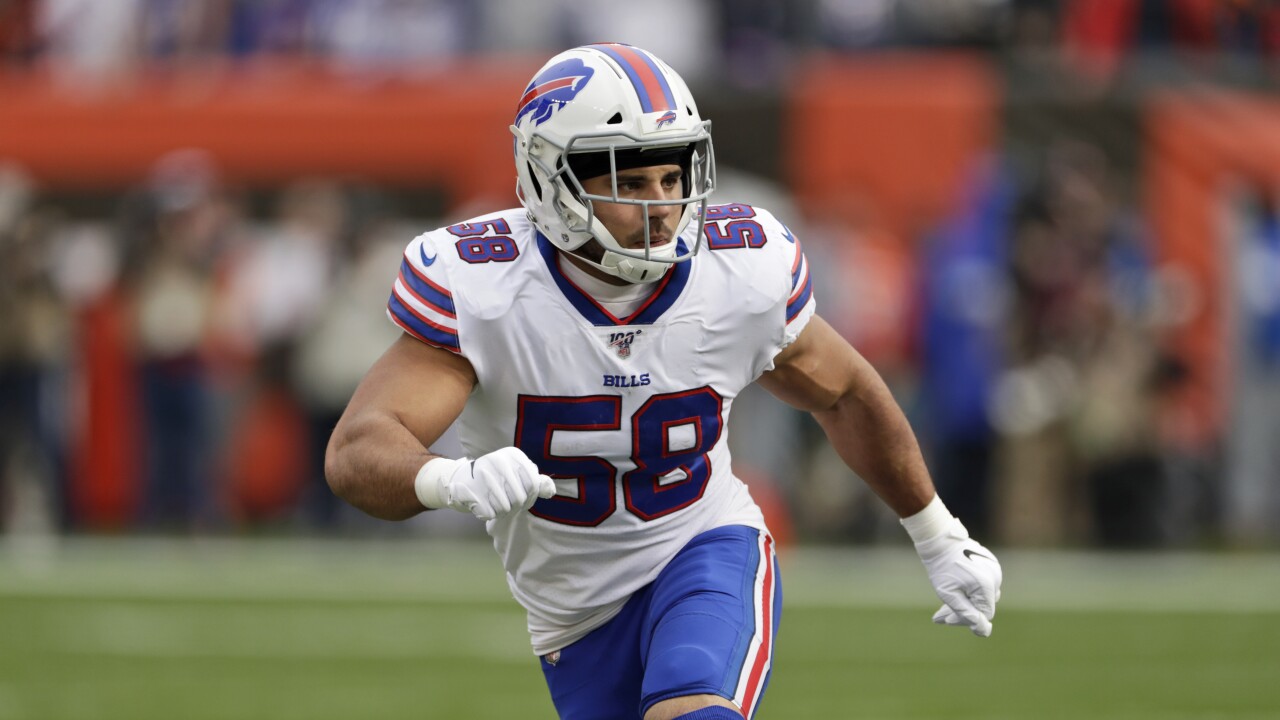 Ron Schwane/AP
Buffalo Bills outside linebacker Matt Milano runs a route during the first half of an NFL football game against the Cleveland Browns, Sunday, Nov. 10, 2019, in Cleveland. (AP Photo/Ron Schwane)

NASHVILLE, Tenn. (WKBW) — The Buffalo Bills announced on Saturday that linebacker Matt Milano is out for Tuesday's Bills game against the Tennessee Titans, if the game is to be played.

Milano has not practiced this week and is listed as having a pectoral injury.

Zack Moss was a full participant today, a good sign even though he’s questionable too.

Additionally, the Bills also said that seven other players, including Pro Bowl cornerback Tre'Davious White and wide receiver John Brown, are listed as questionable for the game.

The Bills were originally scheduled to play the Titans on Sunday, before the game got pushed back by two days due to positive COVID-19 cases within the Titans organization.

Milano previously missed the Bills' Week 2 game against the Miami Dolphins after he got hurt in the Bills first game of the season against the New York Jets.