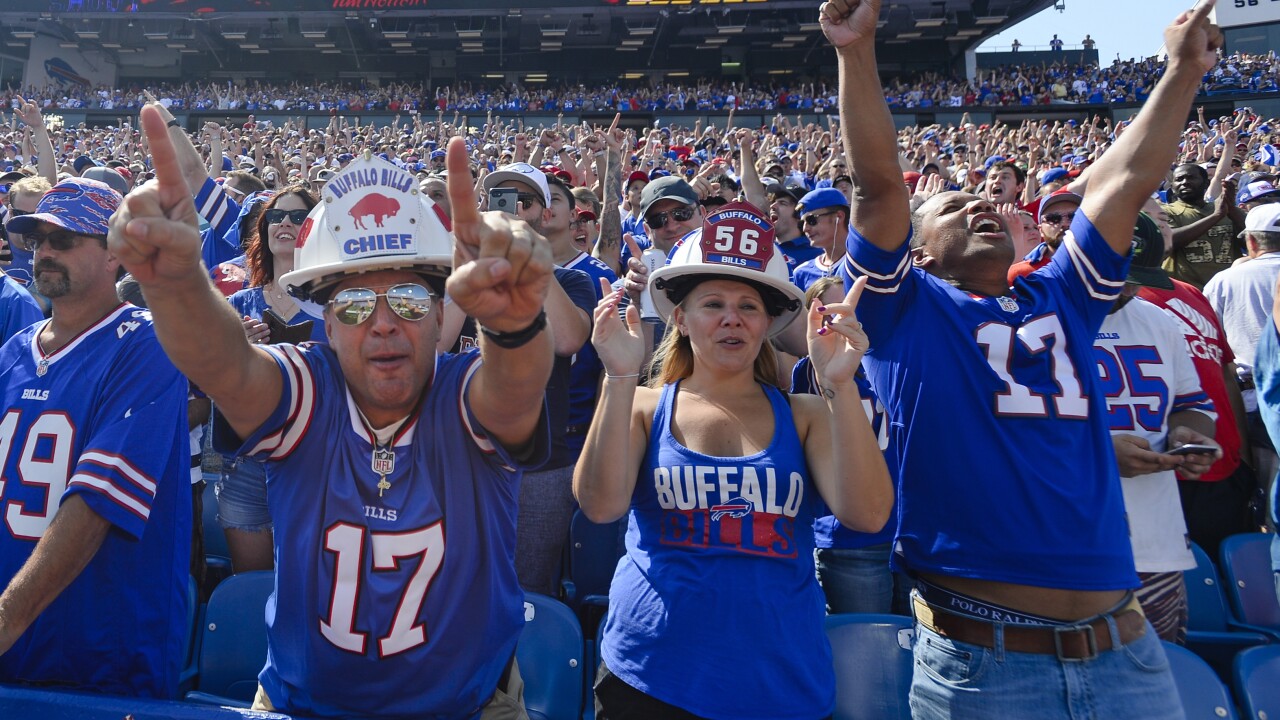 BUFFALO, N.Y. (WKBW) — Last week we told you how Bills Mafia was named the best fan base in the AFC; now Bills fans can tout another honor.

Buffalo Bills fans have been named the best fans in the entire NFL, according to a survey from Sunday Night Football!

#BillsMafia has been voted as the BEST FANS in the NFL 👏 pic.twitter.com/nv3t09Uwto

Over the weekend, Bills Mafia was matched up against fans of the Green Bay Packers from the NFC, with Bills fans coming out on top.