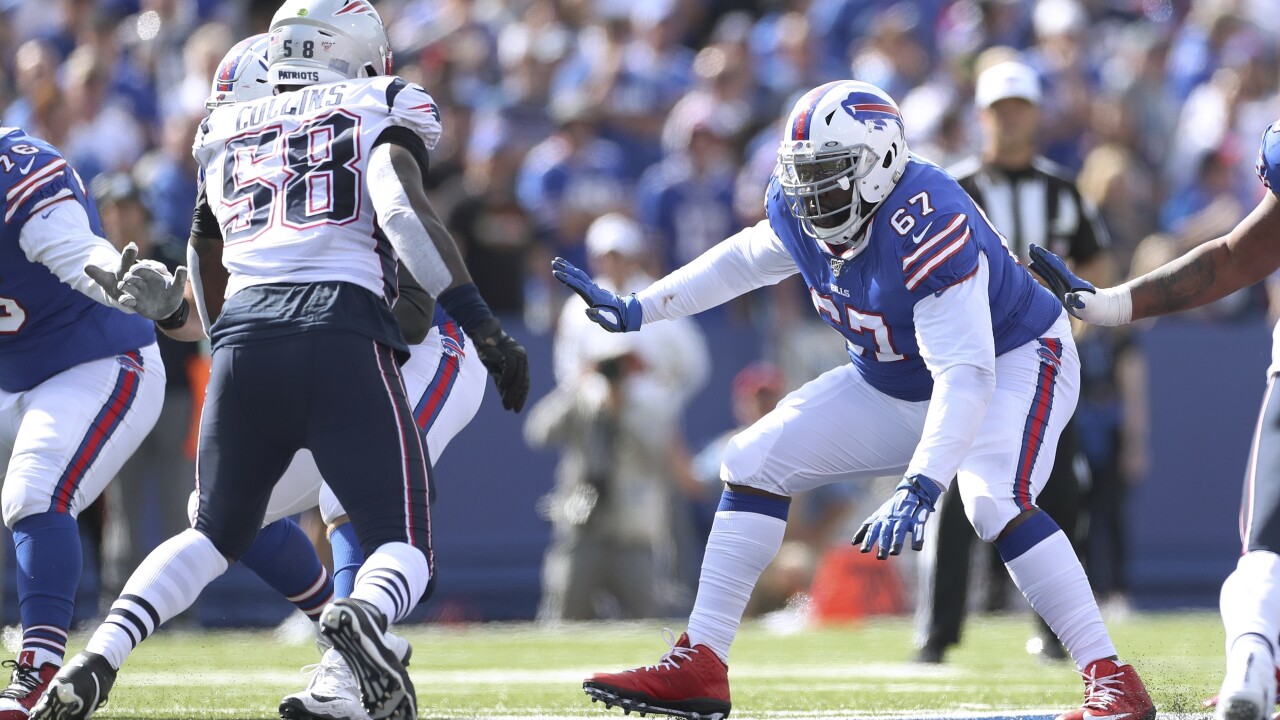 BUFFALO, N.Y. (WKBW) — Quinton Spain is coming back to Buffalo. The Bills announced Monday that the team has signed the offensive guard to a three-year contract, two days before free agency begins.

Spain, 29, signed with the Bills in April 2019 and was a part of an offensive unit that was revamped compared the the year prior. He started all 16 games at the left guard role and allowed zero sacks.

Following the announcement, Spain took to Twitter and said "happy to come back to finish what we started."