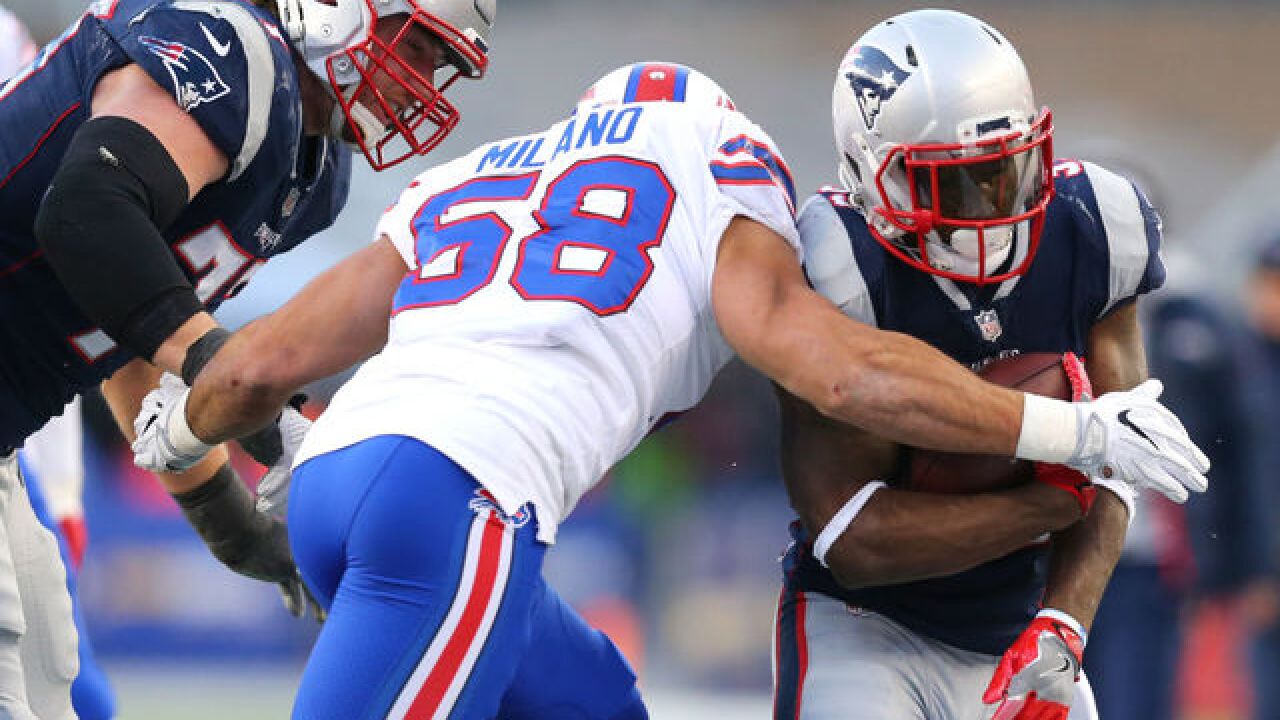 Copyright 2018 Scripps Media, Inc. All rights reserved. This material may not be published, broadcast, rewritten, or redistributed.
Maddie Meyer
<p>FOXBORO, MA - DECEMBER 24: Matt Milano #58 of the Buffalo Bills tackles Dion Lewis #33 of the New England Patriots during the second half at Gillette Stadium on December 24, 2017 in Foxboro, Massachusetts. (Photo by Maddie Meyer/Getty Images)</p>

BUFFALO, N.Y. (WKBW) — After two weeks of limited action, linebacker Matt Milano has been moved to injured reserve. The Bills made the move Saturday after they had already ruled him out of their game against the Seattle Seahawks.

Milano had been on a strict "snap count" as he worked his way back from a pectoral injury that kept him out of the Bills' two losses in 2020. Sunday's game against Seattle will be the fourth that he's missed in 2020 due to injury.

The move to IR has to last at least three weeks. The earliest that Milano would become available to the Bills is their game against the Los Angeles Chargers on November 29th.

Fellow linebacker Del'Shawn Phillips was activated from injured reserve in a corresponding roster move. Phillips dressed for the Bills' season opener against the Jets, but did not register any tackles.