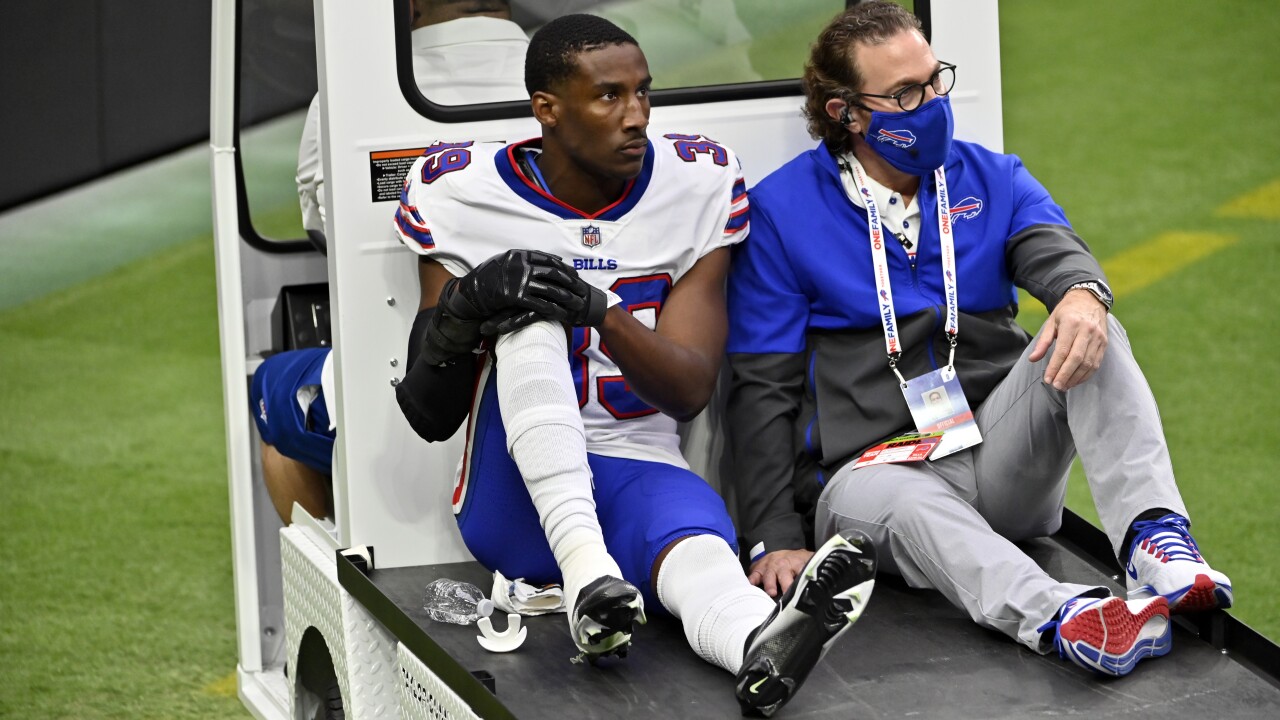 David Becker/AP
Buffalo Bills cornerback Levi Wallace (39) is carted off the field during the first half of an NFL football game against the Las Vegas Raiders, Sunday, Oct. 4, 2020, in Las Vegas. (AP Photo/David Becker)

ORCHARD PARK, NY (WKBW) — Bills cornerback Levi Wallace will be out at least three weeks after being placed on injured reserve. The Bills made the roster move after Wednesday's practice, days before their scheduled game against the Tennessee Titans.

Wallace suffered an ankle injury in the first quarter of last weekend's game against the Raiders and didn't return. Josh Norman primarily played in his place opposite Tre'Davious White.

Wallace has appeared in all four of the Bills' games this season, accounting for 21 tackles and an interception [against the Rams].

In a corresponding move, the Bills signed cornerback Cam Lewis to the active roster from the team’s practice squad.