Bills on the bubble -- 5 players to watch in preseason finale 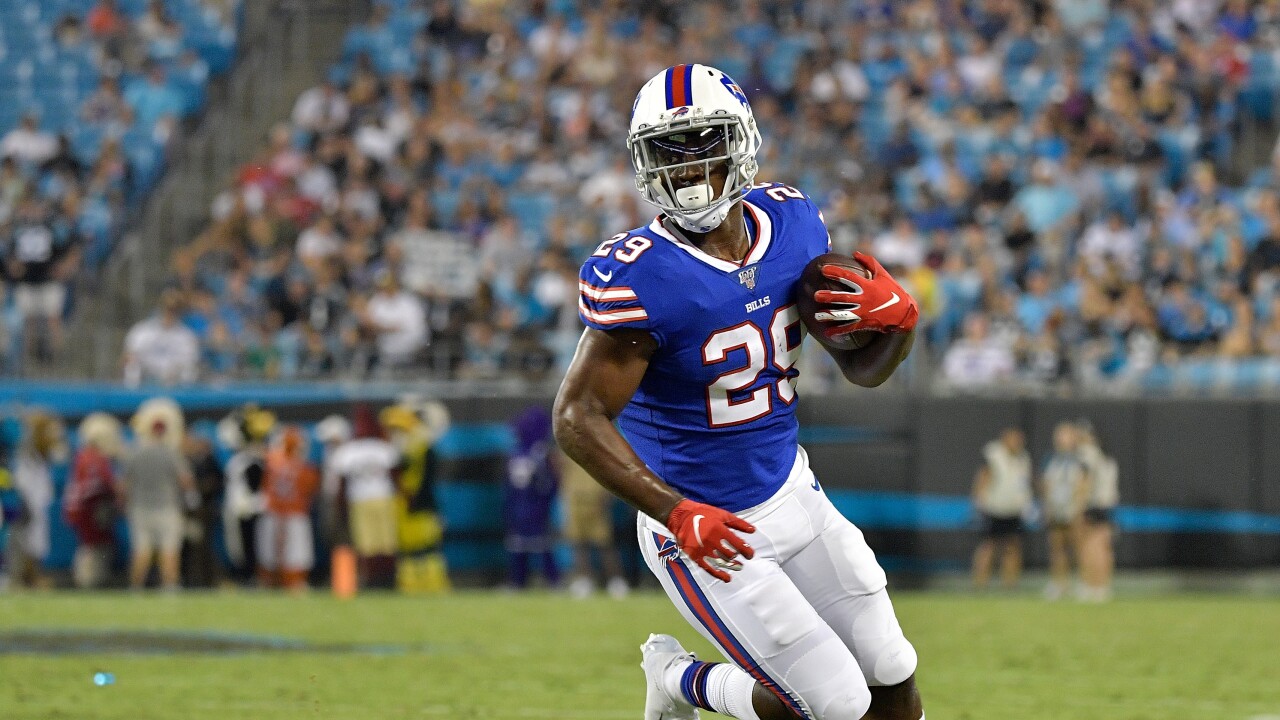 BUFFALO, N.Y. (WKBW) — When Buffalo Bills head coach Sean McDermott was asked how many roster spots were up for grabs heading into the final preseason game, he responded "all of them" with a smirk.

While that may be the PC football guy answer, more roster spots than not are already accounted for. He knows it, you know it and I know it. But that doesn't mean there aren't some jobs available.

So who needs a big game to make the Bills opening week roster? Here are five players who are on the bubble but have a realistic shot at making the team.

Despite some huge plays for the Bills in the preseason, McKenzie remains on the bubble based off the Bills newfound depth at the wide receiver position. While nothing is certain, it would be hard to imagine the Bills parting ways with John Brown, Cole Beasley, Zay Jones, Robert Foster, and Andre Roberts. That leaves only a job or two available if of course, the Bills don't decide to keep only five wideouts as they've done in the past.

"I go home every night, I play Fortnite and I eat Chick-fil-A so I'm not thinking about it," McKenzie said when asked about the upcoming cuts.

My friends @danfetes & @JennaCottrell chatted with Isaiah McKenzie about the upcoming cuts the #Bills will need to make. His answer pulled at my heartstrings. pic.twitter.com/ttQ70GwXJw

McKenzie's skill set is valuable and he should make the roster. When he joined the Bills last year he made his presence felt and in the preseason he has done nothing but impress with a few huge plays. Every team can use a playmaker like McKenzie and until he proves he can't turn the routine play into a big gain I think he should be back for another season in blue and red.

Just like McKenzie, Williams is making a very strong case to make the Bills roster. After a slow start to camp, Williams has scored touchdowns in back-to-back games and has made some big blocks to open lanes for his teammates.

"It's a way different me on a game day," Williams said. "You know my juice is way up. I get better in practice but once the game starts it's like I'm on another level and I'm locked in and I'm just ready to compete. It's like I'm faster, I'm stronger and just ready to make plays."

The 6'3" 26-year-old wide receiver is coming off a huge season in the CFL with the Edmonton Eskimos. While he admits he didn't play his best football earlier in the summer his recent stretch has impressed his teammates.

"It shows his character, it shows what he is as a person," QB Josh Allen said about Williams. "He doesn't care for all the so-called glory. He's not afraid to go stick his face in there and get a block and do all the dirty work that needs to be done. He's one of those players where he's not going to complain much, he's not going to talk much. He's going to go do his job. When the opportunity presents itself, I think we've seen that in the last couple of games, he's had the opportunity to go out and make a couple of big plays and he's done it."

If the Bills keep seven wide receivers I'd imagine both McKenzie and Williams make it past the weekend on the Bills roster. If they only keep six, there is a very real chance one of them could be sent packing despite their best efforts during the preseason.

Last year Croom had a strong summer and it earned the undrafted tight end a job. This year, Croom has battled injuries and has barely seen the field since the start of training camp. With the additions of Tyler Kroft, Lee Smith, Dawson Knox and Tommy Sweeney, it's going to be tough for Croom to crack the 53-man roster, despite some strong outings last season. The good news for Bills fans is Croom is still eligible for the practice squad.

"I like his position flexibility," McDermott said of Alexander during camp. "He seems to have the ability to make plays on the ball, plays in space and also the all-important side of the special teams game which he has experience in as well."

With the Bills selection of Vosean Joseph in the fifth-round of the 2019 draft, it's unlikely the team will be willing to cut ties with such a young player. They also won't be parting ways with Tremaine Edmunds, Matt Milano, Lorenzo Alexander or Julian Stanford. That leaves Corey Thompson, Alexander, and Joseph fighting for one or two backup linebacker jobs.

Before joining the Bills, TJ Yeldon hadn't played any special teams in his four seasons with the Jacksonville Jaguars. That changed when he started wearing new colors and it's one of the biggest reasons why he might make the 53-man roster. Despite being more of a household name than guys like Senorise Perry and Marcus Murphy, the Bills will need special teams production out of their fourth running back if they do indeed keep four guys.

While Perry might be the stronger option on special teams, Yeldon is a more well-rounded threat on offense and could provide the Bills will a solid option in the passing game.

"He’s really, really big. And he’s fast. So, as many times as we can get the ball in his hands as possible, that’s what we’re trying to do," Josh Allen said of Yeldon. "Matt [Barkely] did a good job of getting the ball out quick to him. TJ obviously caught the ball and made yards with what was in front of him. He’s not afraid to go lower his shoulder and get yards after contact, too. So he’s one of those guys that’s slowly progressing and it’s been awesome to watch his transition in this offense."

Yeldon is by no means a lock but right now he gets the edge over Perry, who is also dealing with a quad injury.