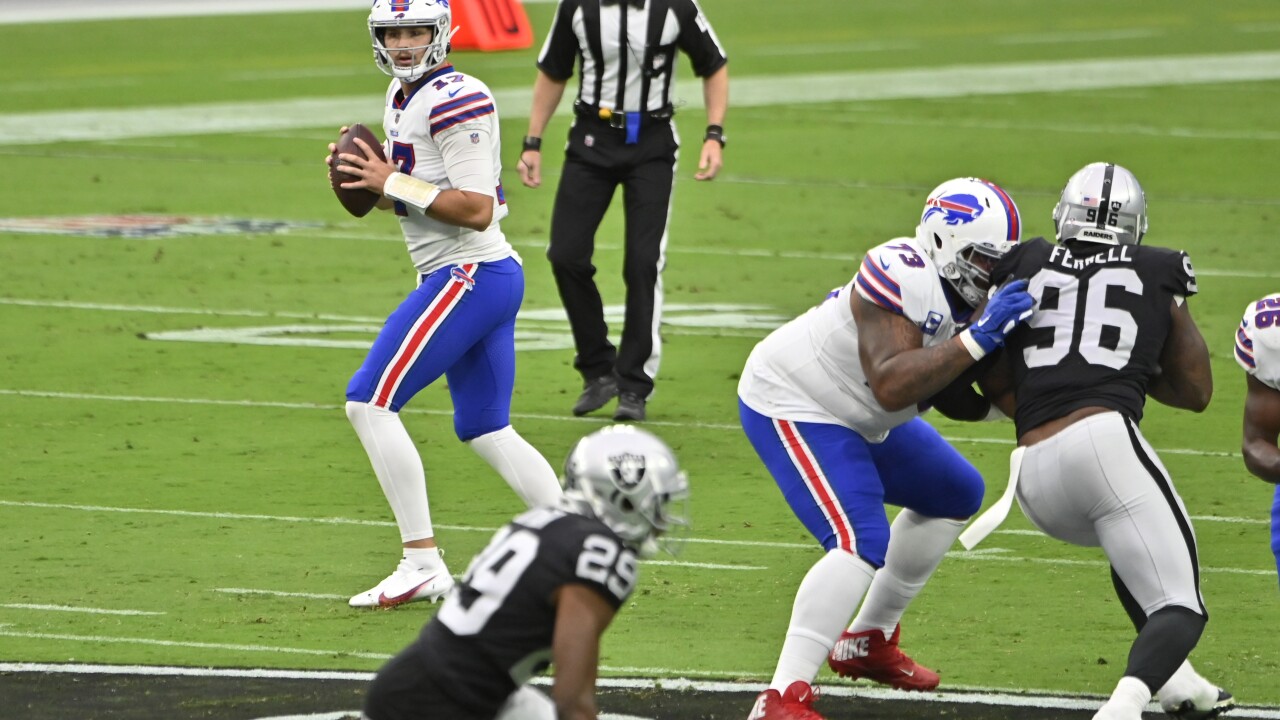 LAS VEGAS (WKBW) — The Bills' offensive hot streak went with them to the west coast as Buffalo took down the Las Vegas Raiders 30-23 on Sunday.

Buffalo jumped out to an early 14-3 lead with touchdowns on their first two possessions from Gabriel Davis and Cole Beasley. Josh Allen was on pace for another impressive performance.

But the Bills' quarterback left the game in the second quarter with a left shoulder injury. Allen returned to take a knee for Buffalo to take a 17-13 lead into halftime.

After the break, the Bills had yet another lackluster third quarter. But two more touchdowns, both of which were on the ground, gave the Bills a two-score lead early in the fourth quarter. The latter of the two was Devin Singletary's first touchdown of the season.

Next week, the Bills are scheduled to play the Tennessee Titans in Nashville. But as of Sunday night, the Titans reportedly have 18 total positive COVID-19 cases in their organization. Tennessee's game this week against the Pittsburgh Steelers was already postponed.