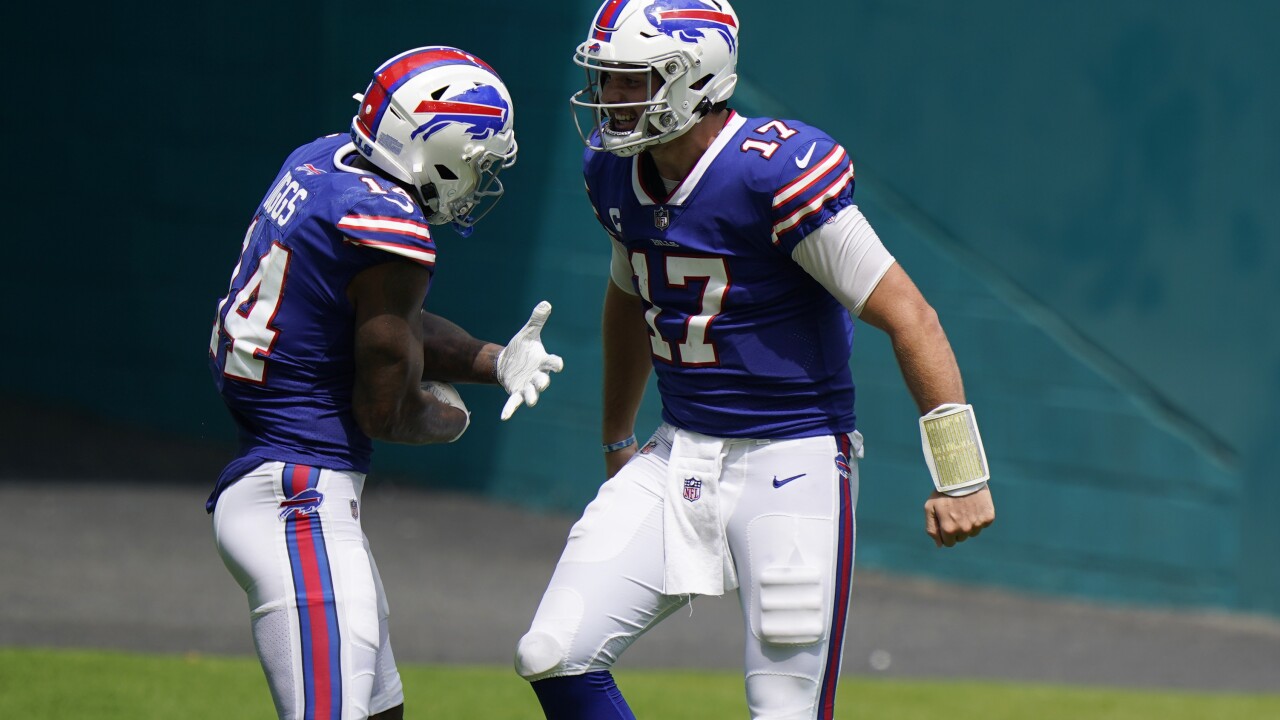 MIAMI (WKBW) — The Bills' offense stole the show in Week 2. Three different Bills scored their first touchdown with Buffalo and QB Josh Allen had a career day on the way to a 31-28 win against the Dolphins.

The Bills opened up the scoring with a 97-yard touchdown drive that led undrafted rookie FB/TE Reggie Gilliam to his first career NFL touchdown.

Buffalo and Miami went back and forth throughout the second quarter. The Bills led 17-10 at halftime.

At that point, Josh Allen already had 249 passing yards. He threw for 417 yards for the first time in his career to go with four touchdowns through the air.

A lightning delay at Hard Rock Stadium pushed the game back by about a half hour. The Dolphins took control of the game in the third quarter and held a 20-17 lead.

Josh Allen responded with two more touchdown tosses to Gabriel Davis and John Brown to put the Bills on top 31-20. Former Bills QB Ryan Fitzpatrick had some magic for the Dolphins late, but it came up short.

Along with being in hostile territory, it was Buffalo's first game in front of fans in 2020. The Bills are back in Orchard Park next Sunday to host the 2-0 Los Angeles Rams.