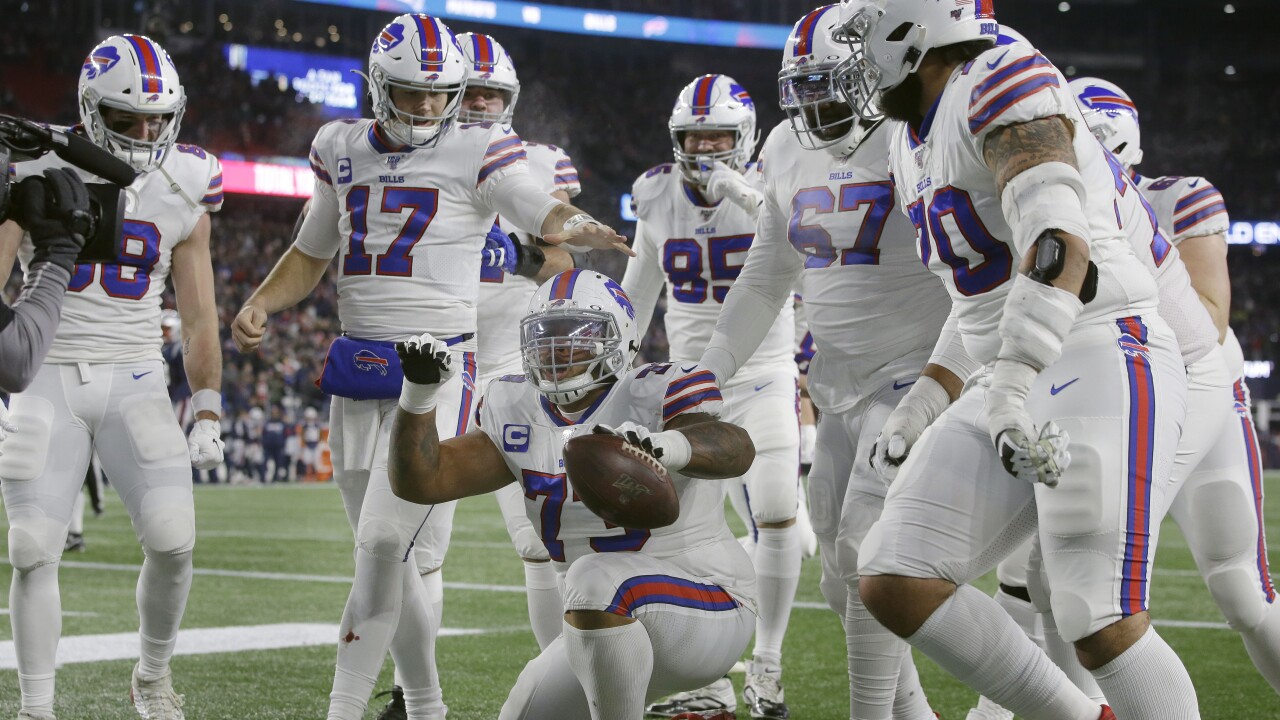 BUFFALO, N.Y. (WKBW) — Buffalo Bills offensive lineman Dion Dawkins wrote a letter to Bills Mafia in The Players' Tribune Friday, nearly a week after the team's playoff loss, expressing his gratitude for the fans and giving his thoughts on the playoff loss and the future of the team.

Dawkins then continues on about how there is no room on the Bills' bandwagon for any fans that were thinking of jumping on for next season and he also mentions how rough the loss has been on the team.

"Because I won’t even downplay it to you guys. I’ll shoot with you straight: Losing hurts, man. It just hurts. And that was a tough loss — pretty much as tough as any loss comes. We felt like we were right there, playing our game, had that W in our grasp….. and we let it go. It hurts. We’re a better team than what happened in that game, and you guys deserve better as fans than what happened in that game," said Dawkins.

He then goes on to address how this Buffalo Bills team isn't just the "same old Bills."

"Dogs in Week 1 against the Jets? W. Thanksgiving at Dallas, where we’re pretty much an afterthought? W, with a little sauce. Sunday Night Football at Pittsburgh, playoff spot on the line, and most experts are picking the Steelers? W. And that was this cool rhythm we found, all season long it seemed like. There were these games that kept happening — and you know them when you see them — that were these “games the Bills just don’t win.” But then we just….. kept on winning them. We kept on taking these old, lazy ideas of what the Bills are — and then week by week, putting them to bed," explained Dawkins.

Dawkins continues on to express his gratitude for the fans, for the Bills Mafia.

"In Buffalo, man, it’s crazy. It’s crazy! Y’all are crazy. And I mean that in the best way possible," said Dawkins.

Dawkins finished his letter with a message that Bills Mafia will love.