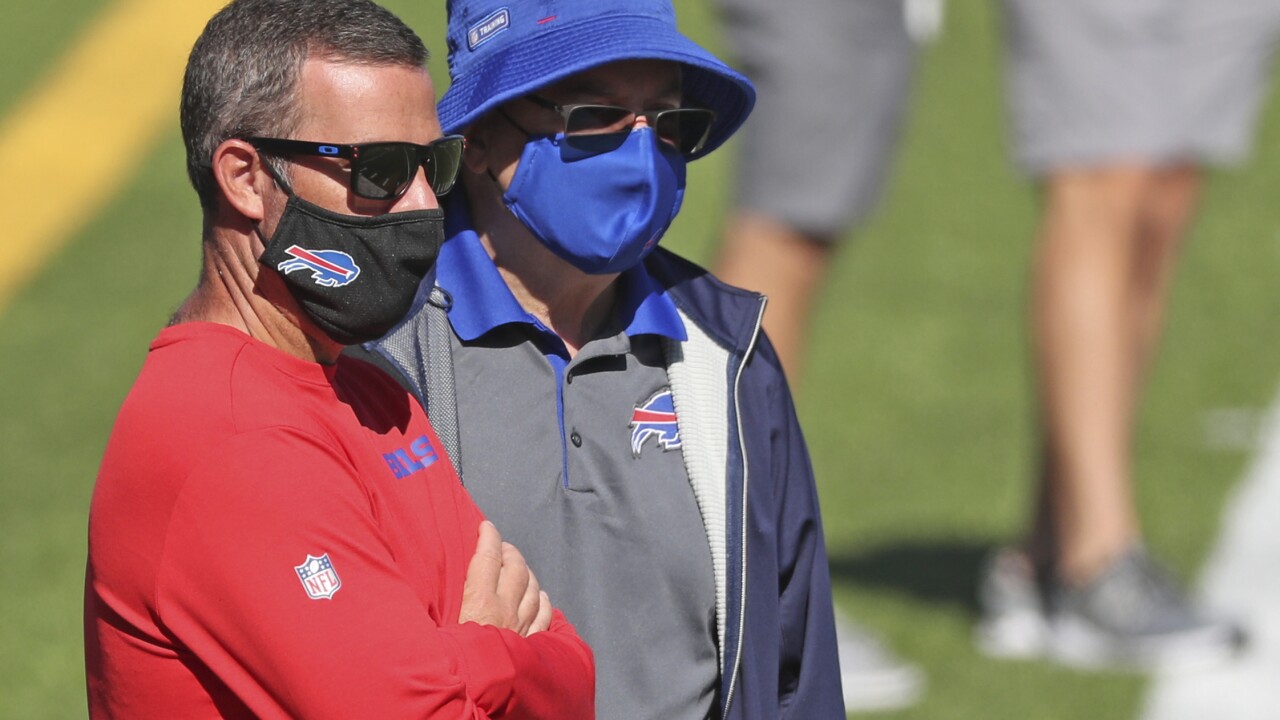 BUFFALO, N.Y. (WKBW) — The Buffalo Bills' front office has kept plenty busy over Labor Day weekend. They cut their roster down to 53 players, extended all-pro cornerback Tre'Davious white, and solidified their initial practice squad going into 2020. This is all leading up to some of the biggest expectations for the Bills in decades.

"No one's been able to knock off the Patriots since I've been here," GM Brandon Beane said. "I'm sure the Jets and Dolphins are thinking the same thing, but that's our goal. That's our focus."

Beane stressed not only winning today, but also winning tomorrow, when he spoke on Monday. Perhaps the biggest feat was White's extension, which will make him the highest paid cornerback in the NFL.

"He's earned it since the day he walked in here. I'm so happy for him and his family," Beane said. "And it's another way for us to show what we're doing here to draft, develop, and re-sign."

With White and left tackle Dion Dawkins extended, the last big name from the Bills' 2017 draft class is Matt Milano. The Boston College product battled injuries in 2019, but has far exceeded expectations since coming to Buffalo.

"He matches up with tight ends and running backs very well," Beane said. "He's just one of those guys that finds the ball, whether it's a fumble recovery or an interception. We love Matt Milano. He's definitely in our plans."

But COVID-19 and its ramifications on the NFL have caused the salary cap to shrink for 2021 and beyond. The Bills lost out on nearly $8 million of rollover space by keeping defensive end Trent Murphy. But Beane says his value goes beyond the playing field.

"This leadership, there's value in what he brings," Beane said. "Trent does a lot of things, and a lot of the dirty work too. So it's not all about the stats vs. the salary for us."

Two other veterans, Pro Bowl kick returner Andre Roberts and defensive back Dean Marlowe, re-joined the Bills on Sunday after being released on Saturday. The two were part of Beane's plans; he just had to move players to injured reserve first.

"We did that last year with Kurt Coleman," Beane said. "I do appreciate Dean and Andre working with our plans. It has to be a veteran to do that who can't be on waivers."

And Beane's work might still not be done: He confirmed that the Bills are in touch with veteran running back Lamar Miller, who was let go by the Patriots over the weekend. However, Miller hasn't been at One Bills Drive just yet.

"He is coming to town," Beane said. "Right now it's exploratory. There's a long way to go before we know if we can add him to the roster."

The Bills will open their 2020 season at home against the New York Jets this Sunday.