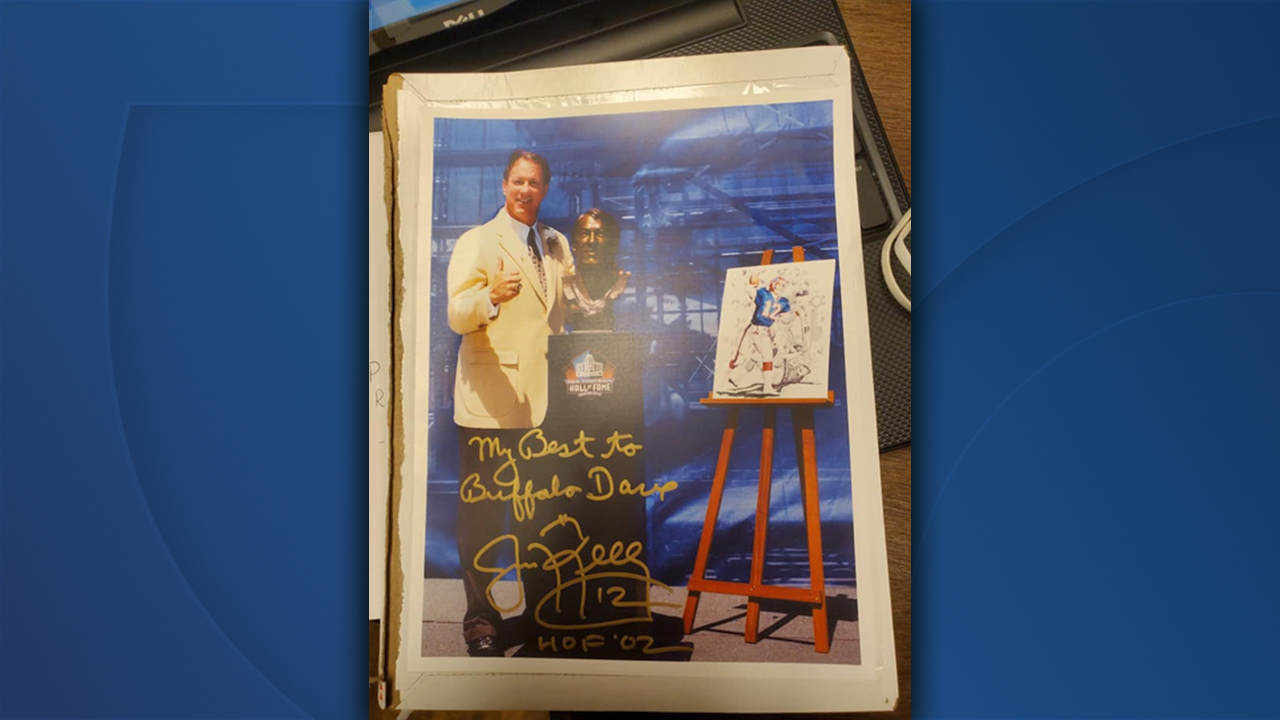 7 Eyewitness News first reported on "Buffalo Dave" in mid-August, when the father of a woman who works at the assisted living facility where Dave lives sent in an image of Dave looking for pen pals.

The sign said Dave was looking for someone interested in the Bills, wings, hockey and reading. When Harold Fuller let us know about Dave's sign, he wrote, "in 1989 when I was 19 I had cancer and both Jim Kelly and Leonard Smith called me in Strong Memorial Hospital in Rochester and it helped tremendously."

If you'd like to send Dave a letter, you can make it out to: