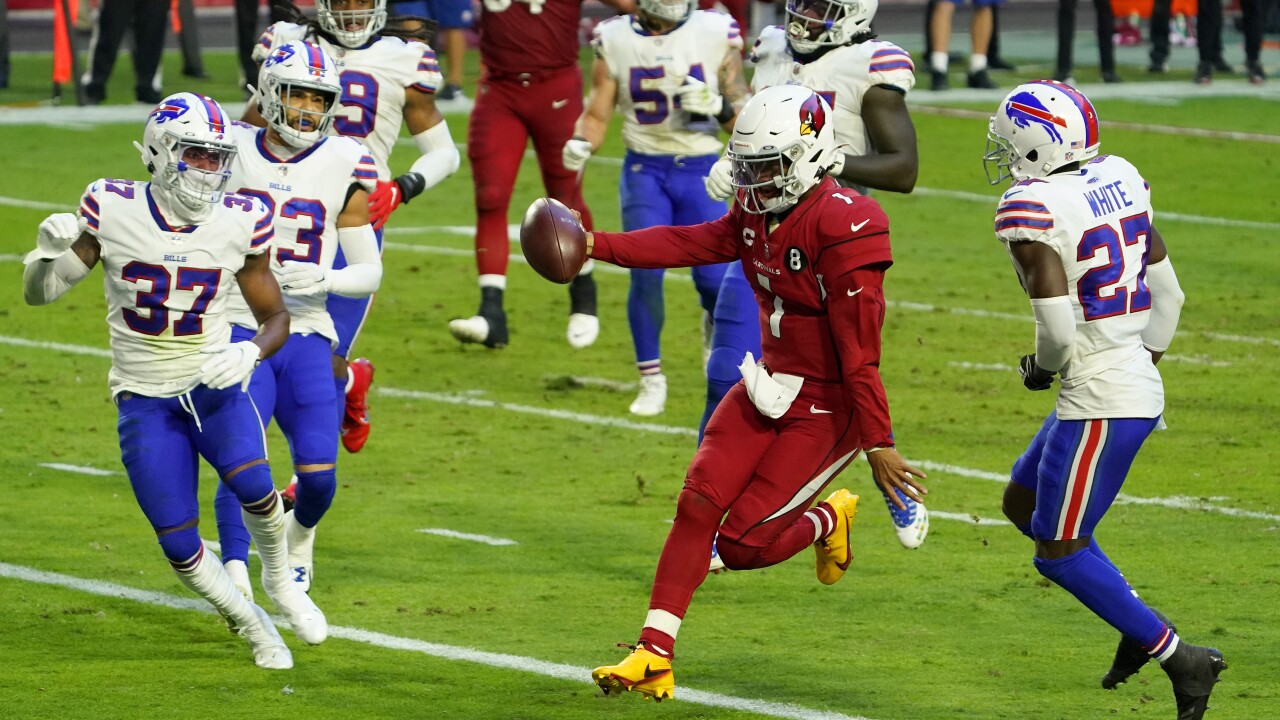 Rick Scuteri/AP
Arizona Cardinals quarterback Kyler Murray (1) runs for a touchdown against the Buffalo Bills during the second half of an NFL football game, Sunday, Nov. 15, 2020, in Glendale, Ariz. (AP Photo/Rick Scuteri)

In 2020 Bills fashion, a first half lead quickly disappeared in Glendale on Sunday. But late-game magic from quarterback Josh Allen was answered by Kyler Murray in a 32-30 Buffalo loss.

Rookie kicker Tyler Bass set three different career longs with makes from 54, 55, and 58 yards out. The last of the three gave the Bills a 16-9 lead heading into the locker room.

But the Bills' struggles against the running game in the first half were amplified in the second half. In Kenyan Drake's first game back for Arizona in three weeks, he ran for over 100 yards. Quarterback Kyler Murray also ran for two scores.

Down by three with only a few minutes to go, Stefon Diggs scored from 21 yards out to give the Bills the lead with 34 left.

But the heroics were answered by Cardinals wide receiver DeAndre Hopkins. He caught a Hail Mary throw from Murray in triple coverage with two seconds to go to seal the deal.

The loss drops the Bills to 7-3 as they head into their bye week. Buffalo's next game is at home against the Los Angeles Chargers on November 29th.