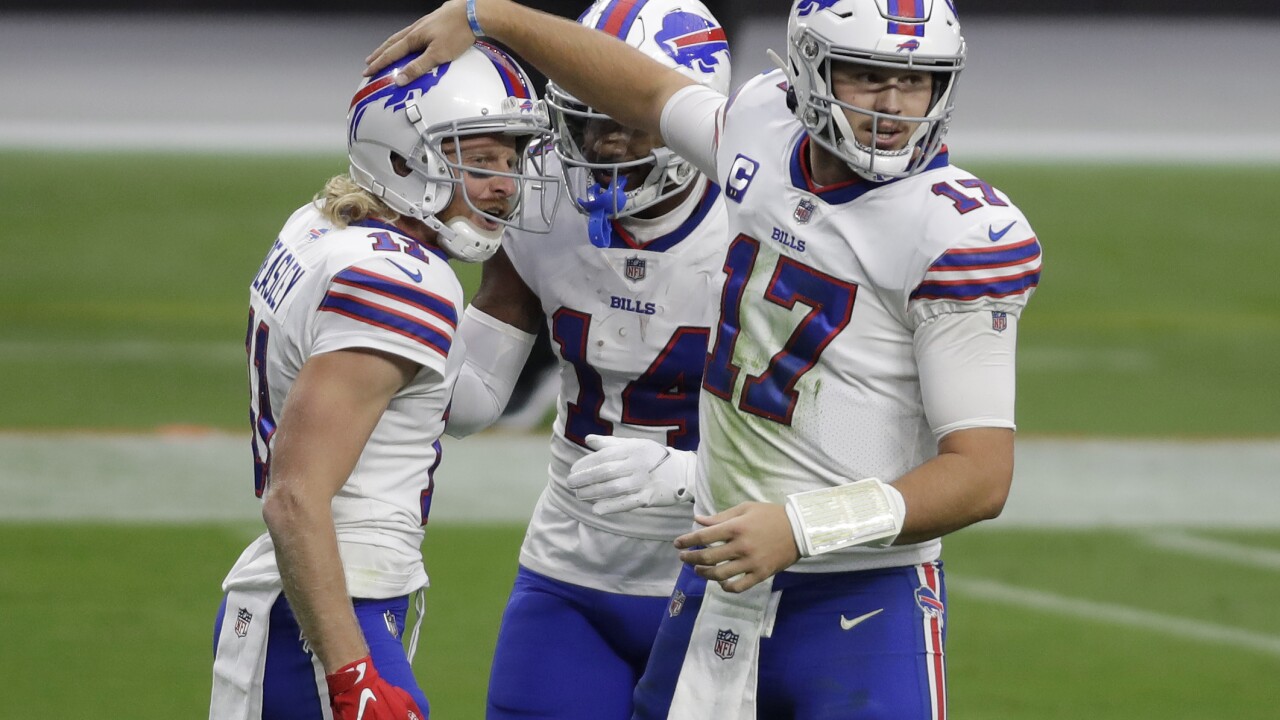 BUFFALO, N.Y. (WKBW) — For the first time this season, Josh Allen's total passing yards came up short of the 300 mark. But the Bills still spread the ball around with a pass-first attack on the way to their fourth win of the year.

Just like prior weeks, the Bills let the Las Vegas Raiders back into the game after jumping out to an early lead. But once Buffalo had that lead back, offensive coordinator Brian Daboll was dialing up deep shots down the field.

"[Daboll] wants to throw it. He wants to put up points. And that's why we love him and why we love playing for him," wide receiver Cole Beasley said. "We just have to do our jobs day in and day out so that he has the confidence to be able to call that kind of stuff down the stretch."

Despite missing some time in the second quarter with a left shoulder injury, Allen threw 24-of-34 for 288 yards and two touchdowns. Even though the numbers might not jump off the page, the chemistry was still there throughout the game.

"It's a lot of trust that goes into it, and our guys have been busting their tails in practice," Allen said. "My job is just to give them an opportunity to go make a play. And that's what we've been doing on a regular basis and we have to keep doing that."

The three leaders in receiving yards were Buffalo's "big three" once again: Stefon Diggs (115 yards), John Brown (42 yards), and Beasley (32 yards, TD). For a group that's been praised as unselfish by both their teammates and their coaching staff, it was just another day at the office.

"We just stepped up and made plays. You know, that's what we do. That's what we're here for," Brown said. "We feed off each other's energy."

Diggs has said that he's a ball of energy. It's something that stands out in practice and in games. And it keeps on getting noticed by his teammates as well.

"He never wants to lose," Beasley said. "And even on the last drive where we're running the clock, he still wants to throw the ball and get a touchdown. He's a highly competitive guy and he's going to bring it day in and day out."