A.J. Klein breaks out with two sacks and fumble recovery vs. Seahawks 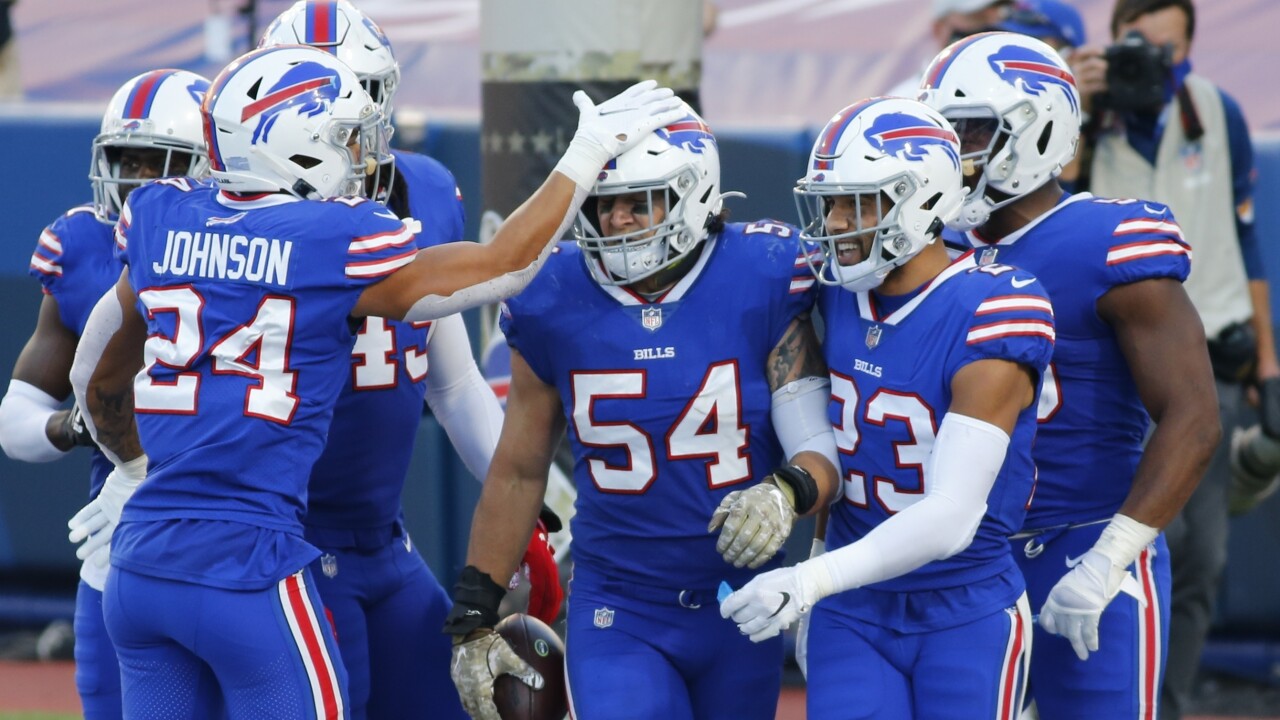 ORCHARD PARK, N.Y. (WKBW) — It had been a quiet first half of the season for A.J. Klein. And it seemed like when his name was called, it was for a bad play instead of a good one.

That's starting to change after he came away from Sunday's win over the Seahawks with two sacks and a late fumble recovery to help seal the win.

"I go out and do what I need to do, and try to perform to the best of my ability," Klein said. "It's good when you go out and perform like this. Big plays cover probably some mistakes earlier in the first half."

Klein also made five tackles against Seattle; the second highest tally this season. With fellow linebacker Matt Milano moved to injured reserve, the breakout couldn't have come at a better time.

"He was playing fast, man, and he was playing loose," safety Jordan Poyer said. "That's what we expect out of A.J.; he's a great football player and he made some great plays for us."

When Klein chose to come to Buffalo this past spring, past ties played into the decision. He spent the first four years of his career in Sean McDermott's defense in Carolina.

"The same person he was as a [defensive coordinator] is who he is as a head coach, and that's why I decided to come here to Buffalo," Klein said. "He makes this team what it is. We feed off of him, and he sets the tone and tempo for the rest of the team."

"I know A.J. made a play with the sack fumble down the stretch, which was huge," McDermott said. "A.J. executed at a high level... I'm really proud of how A.J. played."

The game Klein played on Sunday sets a new standard for the Iowa State product. And it's a standard that Klein is confident he can uphold.

"I know I can play football. I have all the confidence in myself and I really don't pay attention to any outside noise," Klein said. "That's one thing you can't do in this league. You have to focus on yourself, focus on the process, and get the job done on Sundays."

The Bills face another dynamic quarterback next Sunday when they visit Kyler Murray and the Arizona Cardinals.