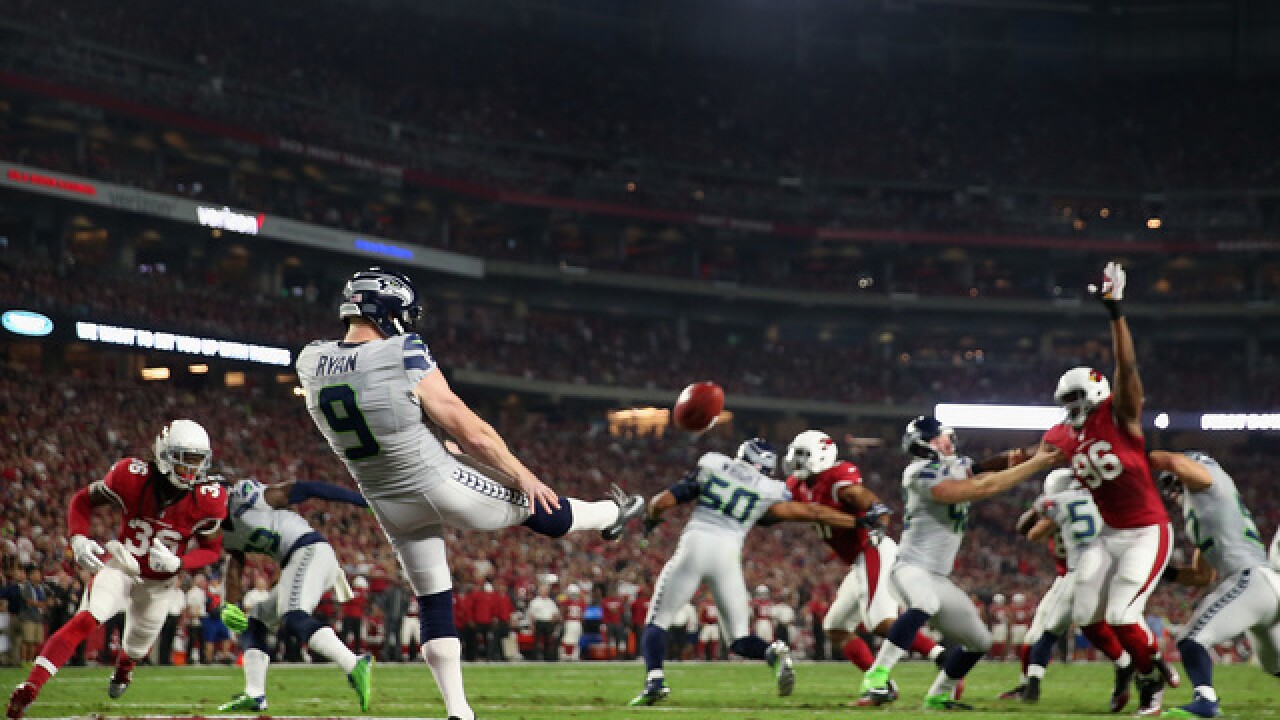 Copyright 2018 Scripps Media, Inc. All rights reserved. This material may not be published, broadcast, rewritten, or redistributed.
Christian Petersen
<p>GLENDALE, AZ - OCTOBER 23: Punter Jon Ryan #9 of the Seattle Seahawks punts the football during the NFL game against the Arizona Cardinals at the University of Phoenix Stadium on October 23, 2016 in Glendale, Arizona. The Cardinals and Seahawks tied 6-6. (Photo by Christian Petersen/Getty Images)</p>

Ryan spent 10 seasons with the Seattle Seahawks but was released by his former team earlier in the week. According to reports, Ryan requested a release after the team drafted a new punter in April.

Jon Ryan is officially a member of the @buffalobills .

During his 10-year career, Ryan has averaged 44.7 yards per punt and added 311 punts downed inside the 20-yard line.

Ryan becomes the second punter on the Bills roster along with Colton Schmidt, who has spent the last four seasons in Buffalo.