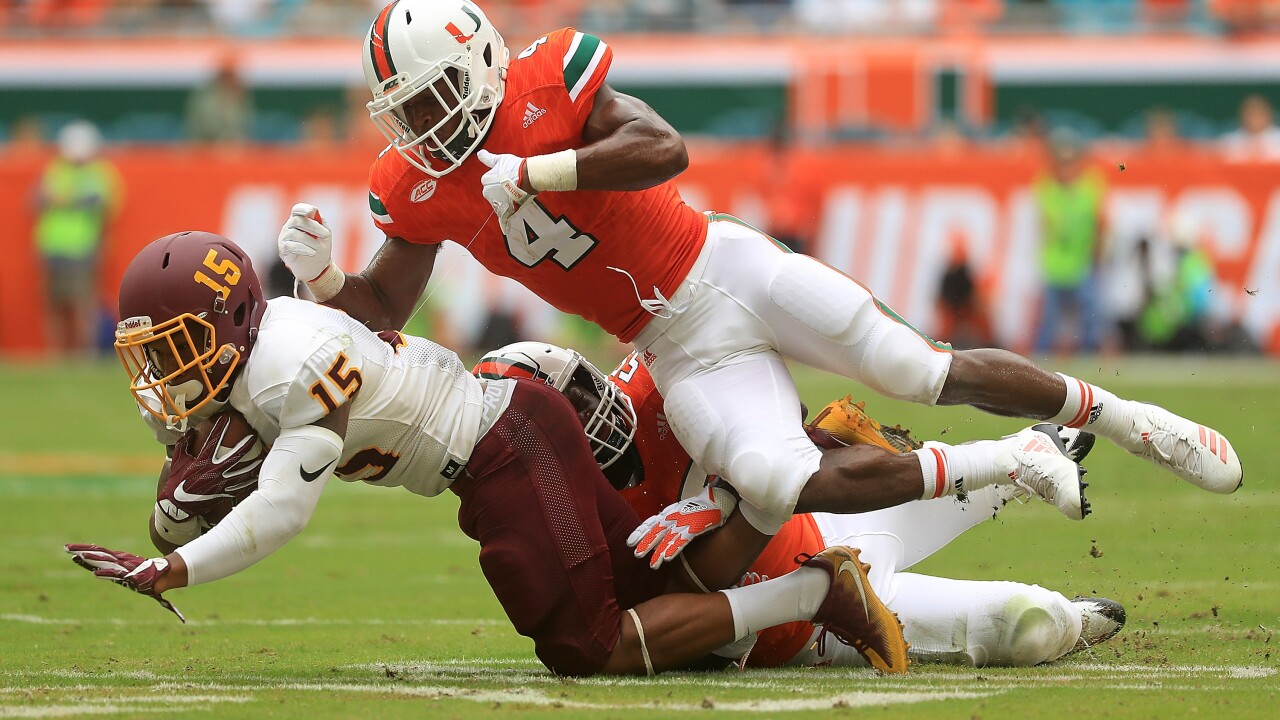 ORCHARD PARK, N.Y. (WKBW) — Safety Jaquon Johnson is heading to the Buffalo Bills. On Saturday with the 181st pick in the sixth round, the Bills selected the senior defensive back from the University of Miami.

"Really whatever the team needs me to do, that's going to be my mindset coming up to Buffalo," Johnson said. "Whatever I can do to help the team win, I'm all for it."

In 2018, Johnson was named a semifinalist for the Jim Thorpe award, given to the top defensive back in college football. Johnson was also named 2018 second-team All-ACC.

Joe B's Take
- In the sixth round, the needs of a roster fly out the window. Instead, you focus on identifying players that you'd like to develop on the back-end of the 53-man roster or on the practice squad, and hope in the meantime they can contribute on special teams.

While the Bills didn't have a glaring need at safety, it could be a pick with a bit of foresight. Primary backup and veteran player Rafael Bush has only one year left on his contract and is a similar style of player as the Bills' fifth-round selection in 2018, Siran Neal. Bush and Neal are both candidates to play the 'big nickel' role in head coach Sean McDermott's defense, as Bush did in 2018.

Johnson is more in the mold of Micah Hyde and Jordan Poyer, the team's starting safeties, in the way he plays the game. Johnson plays the role of an interchangeable safety that can be the last line of defense and centerfielder, but also with the range that can support the run defense in the box.

Often times in the Bills' defensive scheme, you see Hyde and Poyer switching on and off between the roles. Johnson would become a developmental piece behind those players if he were to make the roster.

He'll become the project of defensive backs coach Bobby Babich to see if he can develop into a quality backup over time. However, his best route to the roster is through special teams, as he must prove himself in that area to avoid being put on waivers and/or the Bills' practice squad to start 2019.