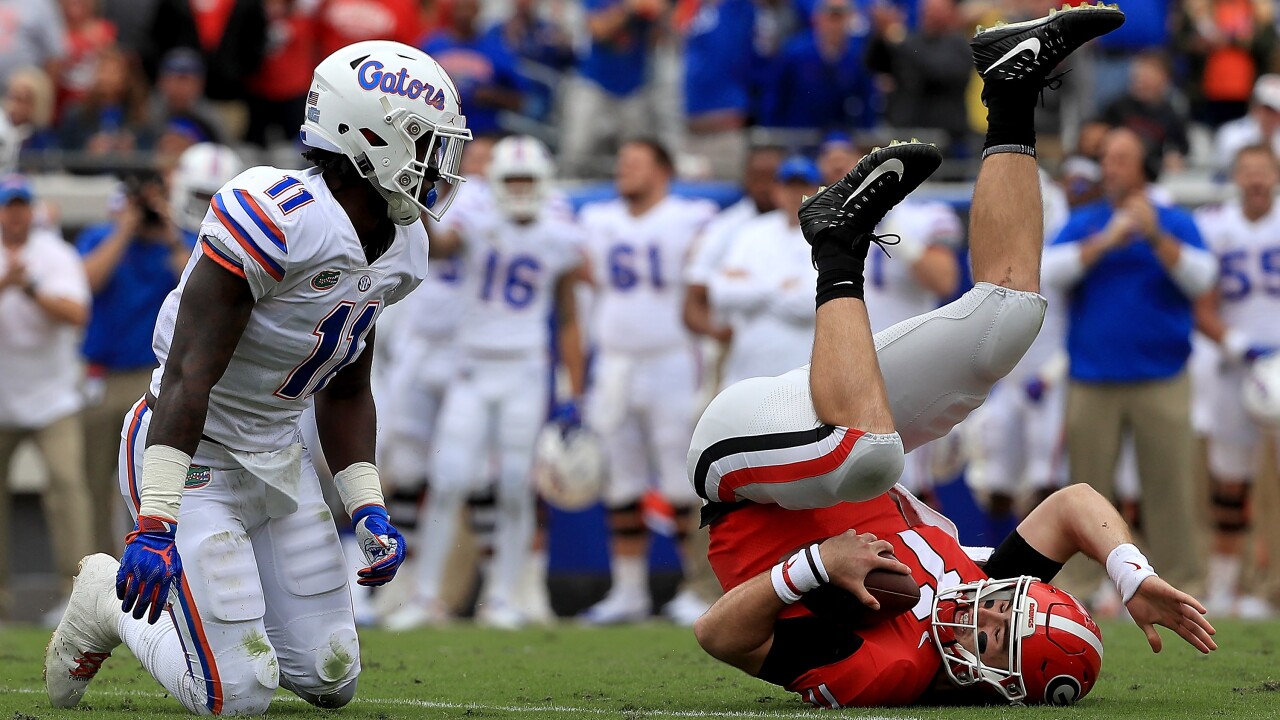 "The [Bills] are getting someone who really loves the game and wants to be successful on and off the field," Joseph told reporters moments after he was selected on Saturday.

Joseph led the Gators with 93 tackles in 2018, including nine tackles for a loss. While with Florida, Joseph had 161 total tackles, four sacks, and two fumble recoveries.

"Everyone seemed cool and laid back," Joseph said about his pre-draft meeting with the Bills.

The 21-year-old linebacker is 6'1" and weighs 230 pounds. Joseph becomes the second defensive player the Bills have selected in 2019, joining first-round pick Ed Oliver.

Joe B's Take
- At this point in the NFL Draft, the picks are less about filling needs along the starting lineup and more about rounding out your roster with depth. Along the way, if you can find a player that has potential to outperform his draft selection because of his traits, that's a great way to utilize Day Three selections.

That's what the Bills did with the selection of Florida linebacker Vosean Joseph, crossing off a under-the-radar need for the roster. Of course, the Bills have two young starters that are still trending up in their careers in Tremaine Edmunds and Matt Milano, but at weakside linebacker and middle linebacker, they lack true depth in the event of an injury to one of those two players.

At linebacker, the Bills really only have special teams assets as their backups in Julian Stanford, Corey Thompson and Deon Lacey. And while Joseph will need to fit in on special teams, he offers some potential as a backup that won't have as steep of a drop-off if a starter goes down with an injury.

As a player, Joseph shows tremendous burst basically from standing still, and can fire into the backfield when he makes the correct read. He's also got some flexibility to his game to drop into coverage and not have his hips work against him when his assignment changes direction, and shows well as a blitzer off the edge or up the middle.

However, as a smaller player, Joseph needs to improve on fighting through the initial block attempt, and to read the play a bit better than what he has shown. However, with his athleticism and potential coverage ability, it's a worthwhile gamble in the fifth round to see if you can figure things out with him.

His likeliest home with the Bills is as a weakside linebacker, but with how often defenses are in nickel, he could fill in alongside the starter Milano should an injury make Tremaine Edmunds available. Joseph provides depth, special teams, and potential, and the Bills are gambling on that the same way they did with Milano in 2017, and again with Siran Neal in 2018 with their fifth-round pick.