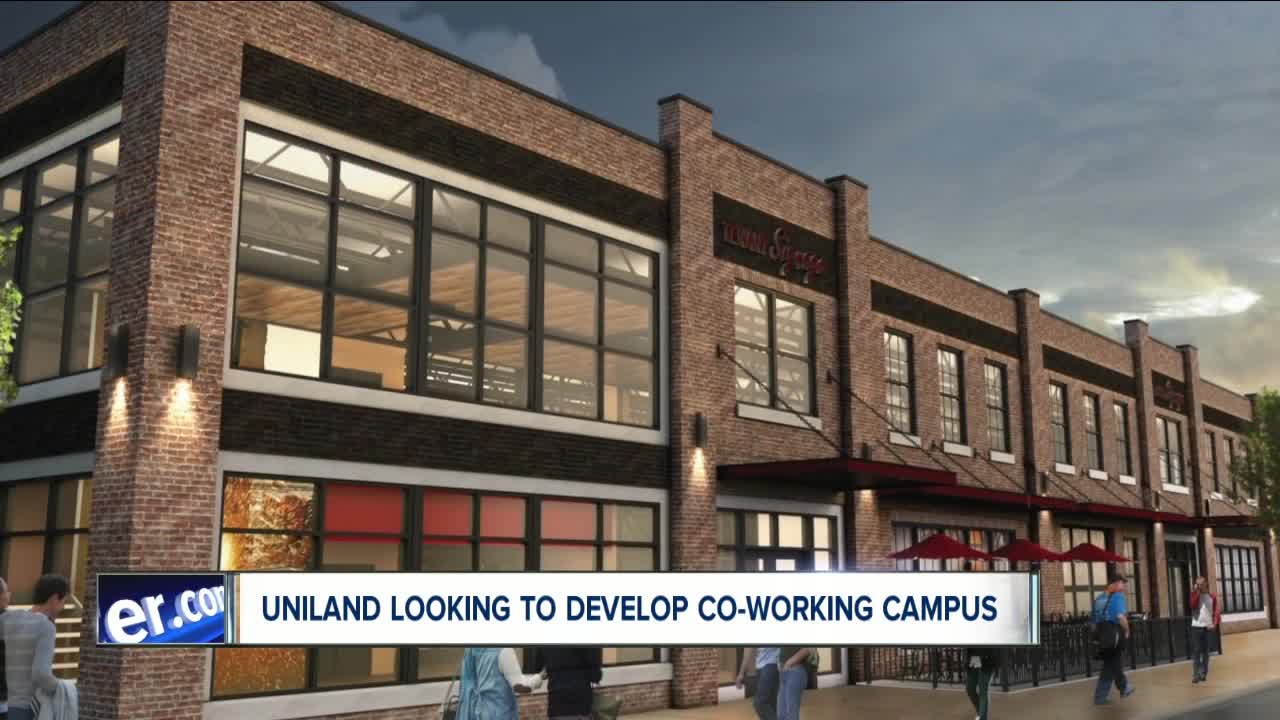 It's a trend you may have seen in other metropolitan cities around the country, now it's coming to Buffalo.

BUFFALO, N.Y. (WKBW) — It's a commercial real estate trend you may have seen in other metropolitan cities around the country, now it's coming to Buffalo.

Uniland is turning the vacant building on Ellicott Street into a flexible and innovative work space, open to anyone.

"We really want it to be accessible to any type of business," said senior development manager at Uniland Kellena Kane.

As few as one person, teams of four or five, and as much as businesses with teams of 20 can be accommodated in this new space, per Kane.

"Really you'd just be able to sign up, as easy as signing up a use agreement, saying you want to work here, picking your membership level, then you'd be off and running," explained Kane.

Businesses from all around the area can share the space for as long as they need, according to Kane.

"Some people could really just come in for a day or a couple of days a week or a few months at a time," said Kane.

Prices of memberships aren't set yet, but will be in the next few months.

Some say there's a real need for this in the area.

"We have millennials and entrepreneurs who are looking for space to be able to do either their creative outlet, their side gig or their passion and there's no place for them to do it," said senior advisor for public policy and economic development Colleen DiPirro.

She feels it'll be good for start ups.

Kane adds that even established companies can benefit.

The site will be run by on-site staff from Uniland, who they're looking to hire soon.

Uniland plans to have the work space up and running by the end of the year. They'll announce the name and branding in the next few months.