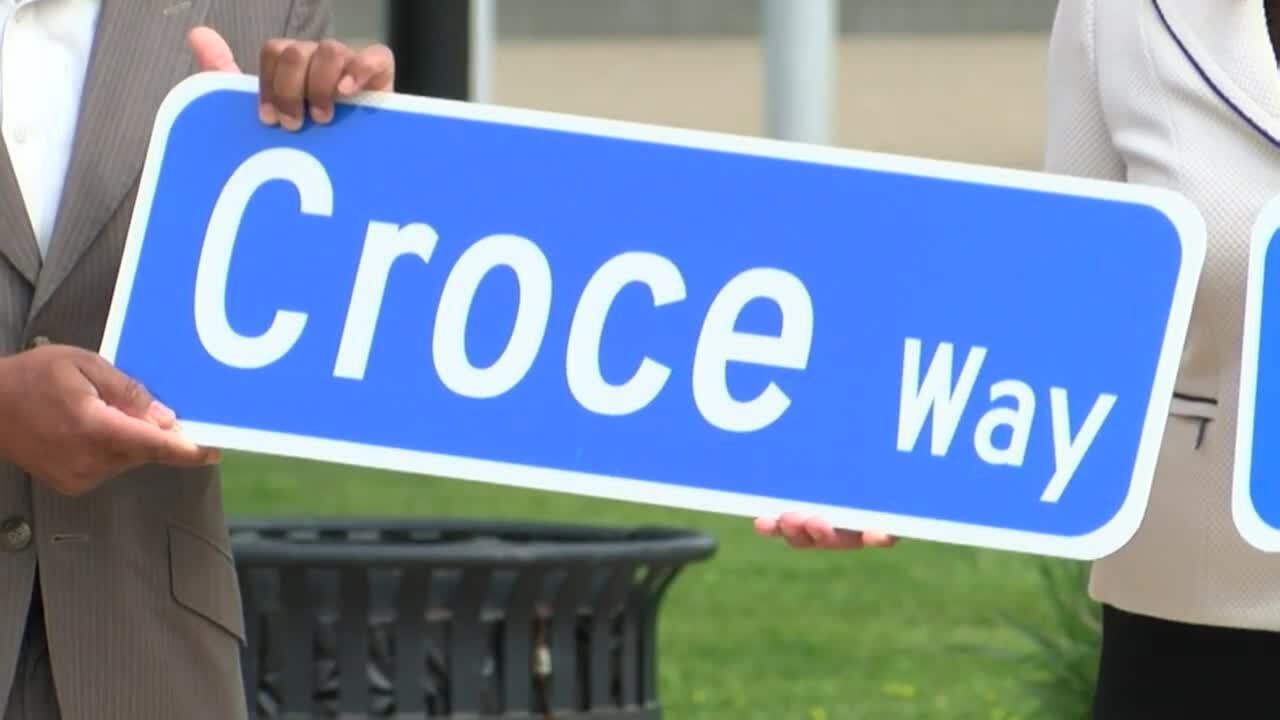 Part of Genesee Street in front of Statler City in Downtown Buffalo will be renamed &quot;Croce Way&quot; in honor of late Buffalo developer Mark Croce.

The announcement was made during a news conference in which city officials detailed the purchase of Statler City by Douglas Jemal, of Douglas Development.

Mark Croce died in a helicopter crash in January of this year. He had acquired the landmark Statler building in 2011. At the time, it was crumbling. Croce began redeveloping the building into a hotel and event space with the help of $5 million in New York State grants. At the time of his passing, three floors had been renovated. 16 floors have not yet been renovated. In 2018, Croce told 7 Eyewitness News Anchor Ed Drantch that it would cost $125 million to renovate the entire building.