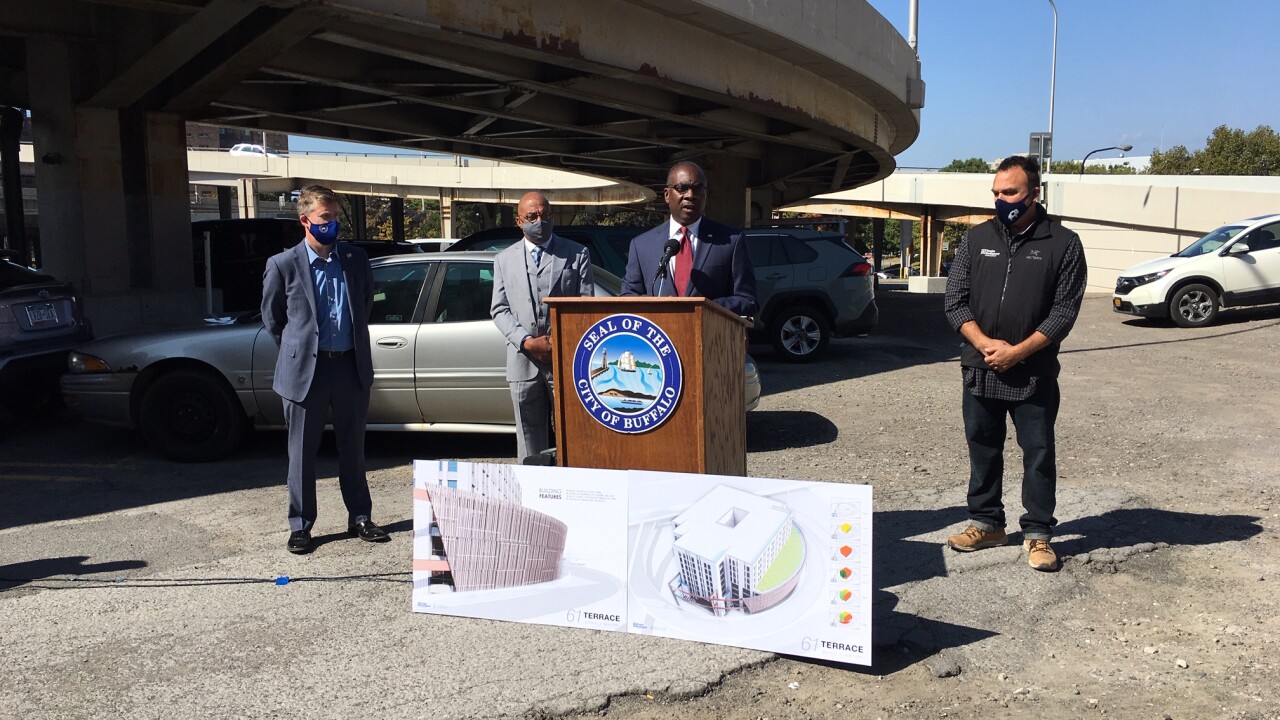 Mayor Byron Brown and developer Douglas Jemal announce plans for 61 Terrace, a nine-story development in Downtown Buffalo at the I190 and Skyway interchange.

BUFFALO, N.Y. (WKBW) — The developer of Seneca One, Buffalo's tallest building, is expanding his downtown footprint with a new project called 61 Terrace.

Developer Douglas Jemal joined Buffalo Mayor Byron Brown on Wednesday afternoon to announce the $42 million development project at 61 Upper Terrace. The project will create a nine-story mixed-use building on a city-owned surface-level parking lot at the I-190 and Skyway interchange. The site is next to Seneca One, at the corner of Upper Terrace and Pearl Street.

The building will include a four-level parking garage and five stories of apartments. The new apartments will be targeted toward the workforce expected to work at the Seneca One Tech Hub.

The parking garage will offer 500 parking spaces downtown. Those spaces will serve residents of 61 Terrace and the Seneca One workforce. The city says there will still be public parking available that will "more than make up for spaces currently located on the surface lot."

In total, the building will add almost 200 apartments downtown, including studio, one- and two-bedroom apartments.

A timeline for the project has not yet been released.