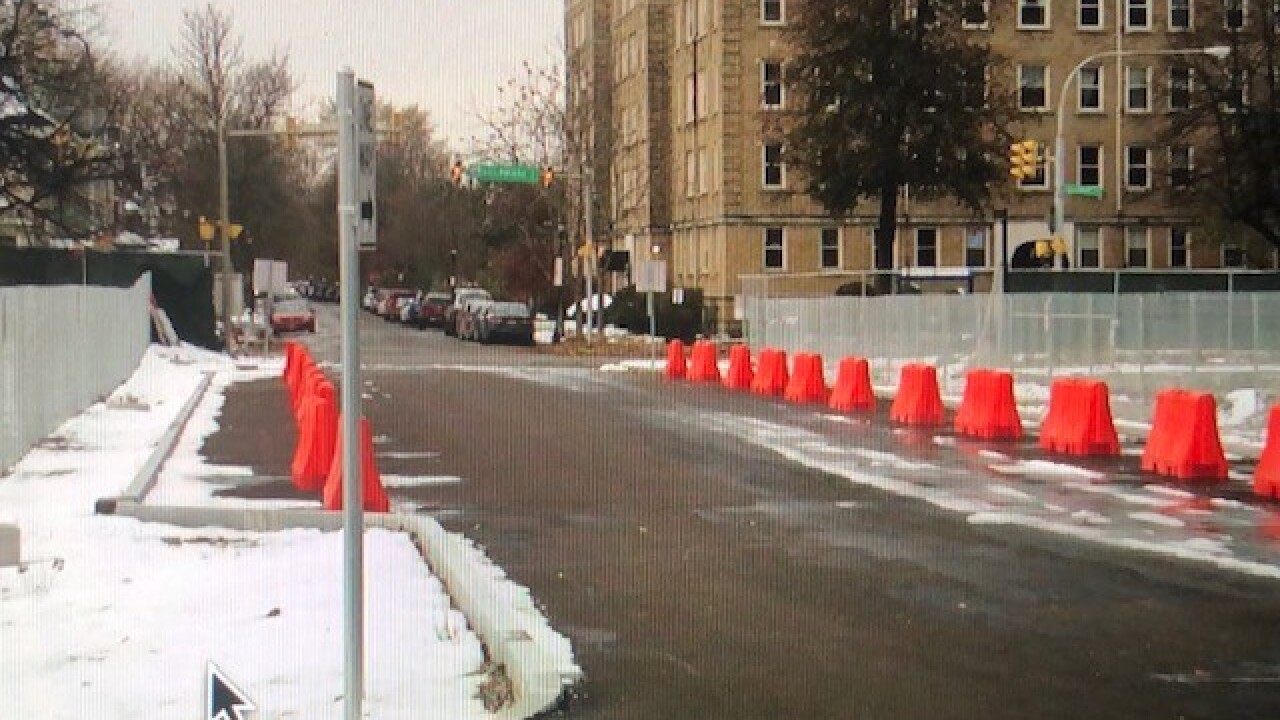 BUFFALO, NY (WKBW) — Future redevelopment of Gates Circle in Buffalo was to be transformed into Lancaster Square.

The project was expected to be ready this coming spring. But a judge has now stepped in and put a stop to this controversial construction project.

The Buffalo Urban Renewal Agency (BURA) proposed a plan to the buffalo common council to create the Linwood Lafayette urban Development Action Area. Under a section of state law, it declared the area 'blighted' to secure enhanced tax dollars for Montante. But the plan has been challenged by activist Daniel Sack.

“Frankly neither I nor my client could believe that the city would do the gymnastics that they did legally to argue that this even applied,” Giacalone said.

Giacalone pointed out that his client is not against the redevelopment, but is against giving private developers taxpayers money.

The Common Council used a section of law to declare this area blighted, but the judge ruled against it and questions the use of the word "slum" in what is considered an affluent neighborhood.

Under the law, 60-percent of the properties must be city owned and obtained through something like a foreclosure.

“And the only way that the city could do that was to include the rights of way on Delaware Avenue, Lafayette and Linwood Avenue and the entire Gates Circle,” Giacalone explains.

Giacalone says the judge's ruling determines the land does not fit the requirements of the law.

“The court's decision actually points out that the city concedes that this is a prestigious neighborhood…that' there's historic significance and that it is an affluent neighborhood,” remarked Giacalone.

Giacalone tells 7 Eyewitness News he’s now waiting to see what the city’s next move will be.

A city spokesperson tells us the ruling is being reviewed, but there’s no determination for an appeal at this time.

Montante also issued a written response, It said “we are extremely disappointed with the decision and we are looking at our options.”

This decision comes at a time when the Buffalo Urban Renewal Agency (BURA) is under tight scrutiny. A couple of weeks ago the FBI, HUD and IRS conducted raids on its offices at City Hall, but have not revealed what agents seized in the raids or if anyone is being targeted in a probe.

Giacalone, who has worked on development zoning and environmental issues in the city for more than 30-years, says he believes there’s good reason for the federal government to check into BURA.

“I don’t see BURA on behalf of the citizens of the city of Buffalo. I see it as a very political organization,” replied Giacalone.