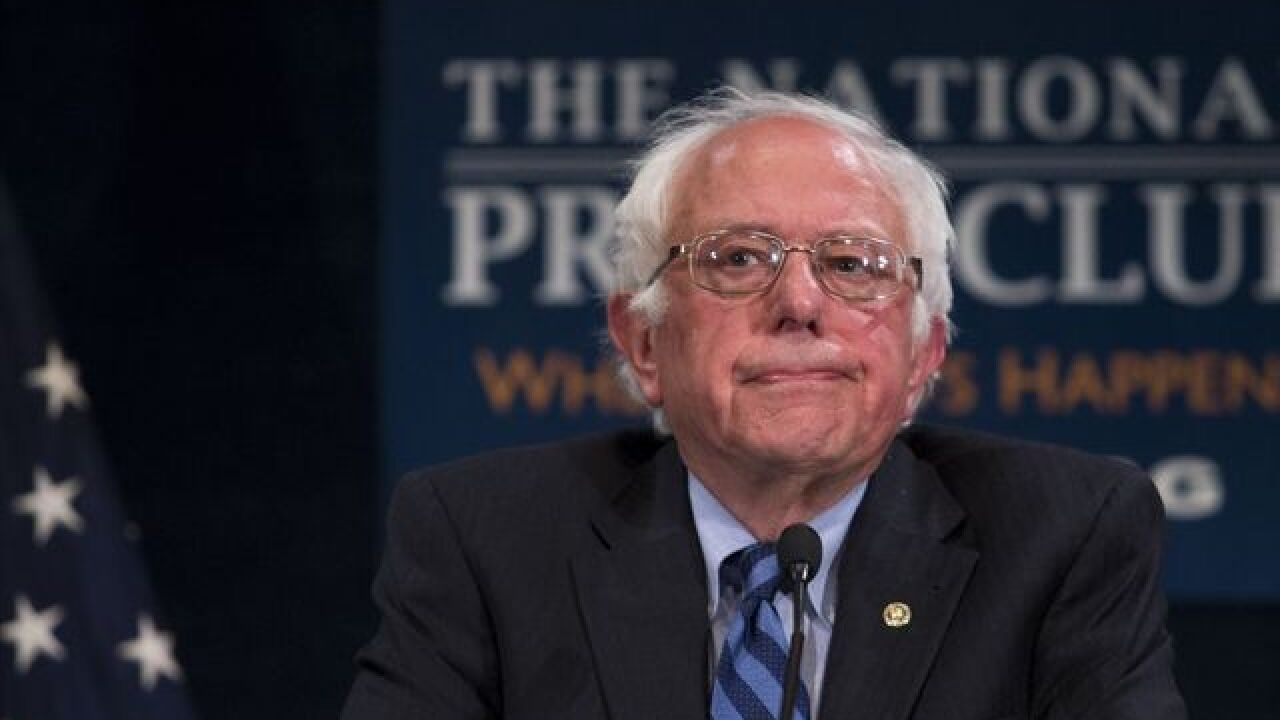 Bernie Sanders on Tuesday continued to push forward in his effort to win the 2016 Democratic presidential nomination, picking up a projected win in the Indiana primary.

The political revolution wins in Indiana! Thank you. pic.twitter.com/Ix7wutAw2g

Despite competitor Hillary Clinton’s substantial lead, the win maintains Sanders  as a viable candidate in the race, though it won’t do much to boost his delegate count and close the gap between the Vermont senator and former Secretary of State Hillary Clinton.
The race was called while Sanders held a 53%-47% lead over Clinton, who ended the night with 1,682 pledged delegates -- not taking into account superdelegates.
With Tuesday's win, Sanders walks away with 1,361 pledged delegates.
According to the Associated Press, Sanders said Tuesday "the Clinton campaign thinks this campaign is over. They're wrong."
On the very same night, Trump won the state’s Republican primary, forcing competitor Ted Cruz to suspend his campaign.
Ted Cruz suspends his presidential campaign
The next primaries are scheduled to take place on May 10, when Nebraska will vote on the Republican side and West Virginia will vote for both parties.
Scripps Only Content 2016