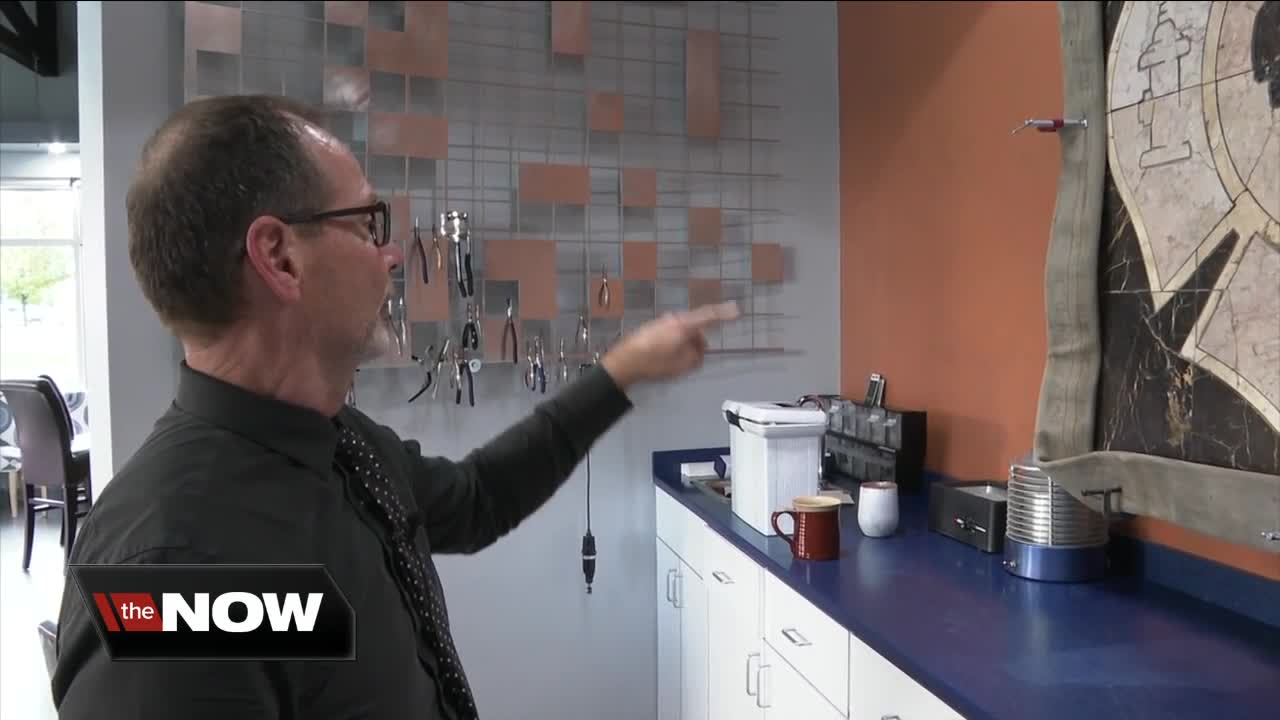 HAMBURG, N.Y. (WKBW-TV) — When Optician Joseph Battin and his son Dr. Joseph Battin wanted to expand their family business into Hamburg eight years ago, they had a clear vision of what they wanted to do. Joe Sr. says "we physically built and designed everything here."

Battin Eyecare & Gallery in Hamburg has a futuristic industrial feel, but if you look closely you'll discover a lot of Western New York History. It was father and son's plan to "combine old and new."

There are hundred year old doors with etched glass from Whaley Electric, light fixtures from the convention center, a door from Frederick's of Hollywood as well as the vault door from The Federal Reserve Building and table bases constructed from what was part of Darien Lake's Superman Ride.

The most eye-catching piece here began as a puzzle when Joe Sr. was picking up a new sign at Atlas Steel. Joe says "there was a pile of rubble in the corner." They had planned to throw it out so Joe took it. He and his daughter cleaned it up, pieced it together and discovered that it was a Fireman's Cross.

A local historian determined that the Fireman's Cross was the one that had appeared at the Pan-America Exposition in 1901. It disappeared but showed up again in 1951 and was lost again in a card game between two fire departments.

Joe says "it's historical, it's never going to be destroyed again and it will always be safe somewhere."