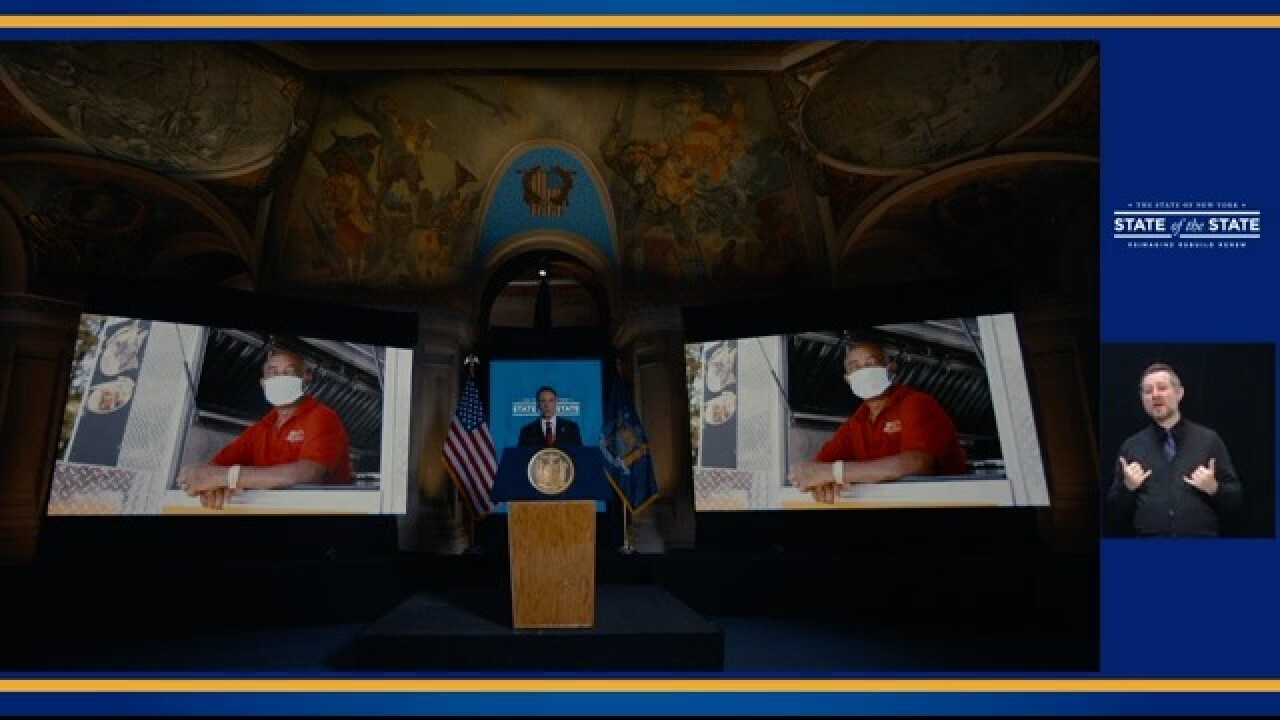 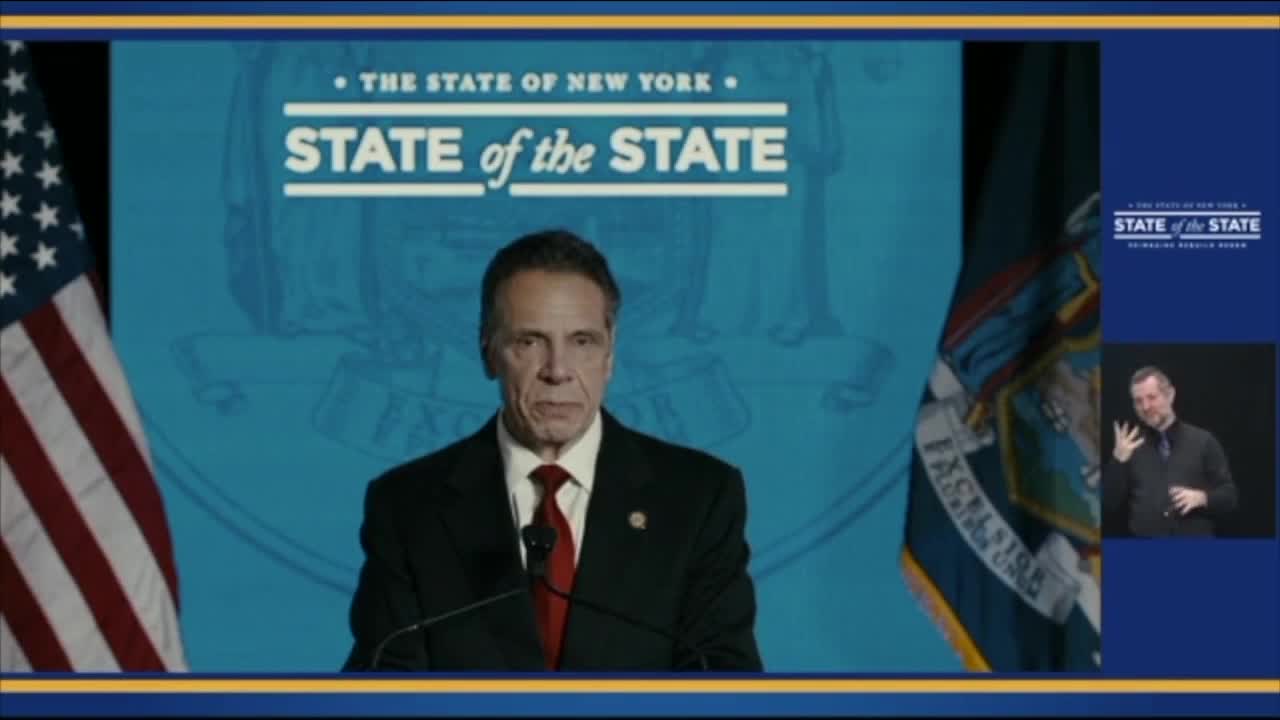 ALBANY, NY (WKBW) — In these unprecedented times, Governor Andrew Cuomo’s State of the State address is being and spread out throughout the week.

Governor Cuomo delivered the first round of his 2021 State of the State address late Monday morning. The speech lasted just over forty minutes.

But according to reports, the address will be stretched out over this week, delivering messages on Tuesday, Wednesday and Thursday.

.⁦@NYGovCuomo⁩ says he will spread out his State of State address over next few days, today he’s addressing ‘war’ against COVID. ⁦@WKBW⁩ pic.twitter.com/m62T2hbC90

On Friday, Cuomo indicated it would be a different style address because times are different, saying it would be a “specific action oriented State of the State.”

The Governor is facing the task of rebuilding the state’s economy in the midst of the pandemic and looking ahead to post-COVID-19.

This is Cuomo’s 11th State of the State message as he is in his third-term as the Democratic governor.

Other priories the Governor plans to outline:

In delivering his message Monday, Cuomo blamed the federal government for failing to warn about COVID last year.

Governor Cuomo said the state will try to plug a $15-billion deficit and work to reopen the economy to survive.

One way he's looking to do that, by legalizing adult recreational use of marijuana, which could generate about $300-million a year.

"We expect salt to be removed our wounds fully and quickly and we expect to be compensated for our loss," Cuomo Stated.

But there is very harsh criticism from the leader of the state GOP.

In the message, Langworthy blames Cuomo's leadership for the state's crisis.

"They're the direct result of a governor who is only consumed with his own power and publicity, while every thing he touches is corrupted, mismanaged or destroyed," remarked Langworthy.

Congressman Higgins said the failure by federal lawmakers to approve funding for states meant New York lost out on nearly $21-billion in funding.

But with new leadership ready to begin work, Higgins said he believes funding could be approved.

"Aid to the states, the cities, the counties, towns, villages and school districts that have born the brunt of all of this economic contractions," replied Higgins.

Also in his State of the State, the governor is calling on cities to complete work on police reform by April first so they will receive needed funding.

In Western New York, Cuomo recognized the Salamanca Police Department saying sit it is the first to complete and pass a new plan.

In the city of Buffalo De'Jon Hall is with the Buffalo Police Advisory Board.

Hall tells 7 Eyewitness News they are still waiting for the city's plan to be finalized.

"So far, nothing has been reformed or proposed and approved, but the discussion is at least now starting to take place," Hall explained

A spokesman for Mayor Byron Brown said the governor asked each city to form commissions to examine police practices and it will soon have a report ready to meet the mandate. That includes the steps the mayor already took for the Buffalo Reform Agenda.

“COVID-19 has shaken our state and its economy, but New York has had a tax-and-spend problem and population exodus way before this virus hit it. There is no question that the virus has pushed New York even closer to the brink,” stated Norris.

Borrello, while saying the federal government “does have a role to play in our recovery, more focus belongs on the state’s culture of overspending and its burdensome tax and regulatory environment, which are persistent obstacles to our economic strength.”