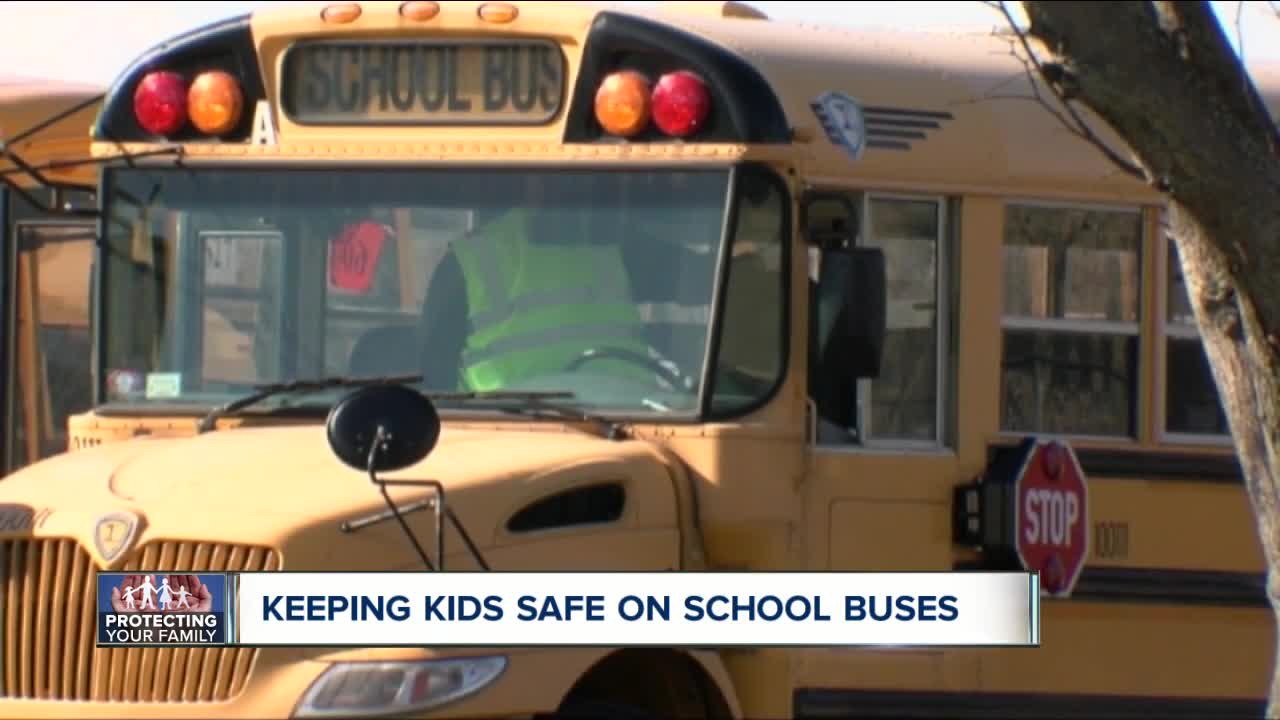 ALDEN, NY (WKBW) — There is another bill expected to be before New York State lawmakers in Albany that would keep kids safer on school buses.

The senate and assembly already passed a new rule to install stop-arm cameras on school buses. But as New York State United Teachers (NYSUT) is pushing another law to get children on and off buses safely.

“They're my kids - when they're on the bus - they're my kids,” said Deborah Paulin, bus driver, Alden Central School District.

Paulin has been operating a school bus for more than three decades in the Alden School District. Paulin is featured in a new state-wide Support School Staff campaign by NYSUT.

Bus safety is one of several legislative initiatives the union is pushing to prevent a tragedy.

“Unfortunately, something can happen to anybody on any given day – that would be a nightmare. Something that I would never want to live with – I don't know if I could live with that,” remarked Paulin.

Late last month a fire erupted on a school bus in the town of Sheldon. A quick-thinking bus driver brought all 17-students on board to safety.

Paulin noted they do regular reminders and drills with the children on bus safety.

“There’s drills that we do several times a year with them,” Paulin explained.

Bus drivers are on the front lines of keeping kids safe daily.

State lawmakers did approve a plan to install cameras on all school bus 'stop signs'. A camera will capture the license plate number of any vehicle passing a stopped bus. The bill needs the governor's signature.

“There’s no disputing it. It’s there. It’s caught on camera,” responded Paulin.

But now the union wants added more protection. When a child exits a school bus there is no guarantee that a driver will obey the state law that is why the union is fighting for having school bus attendants on every school bus for students in K-through 6th so they can safely cross the street.

“The most fatalities that happen are on bright, sunny days with K through 2nd grade children, so you might think the bad weather – it's the good weather – people's attention is not exactly where it should be on these beautiful days,”

Paulin tells 7 Eyewitness News she has had close calls but was able to literally pull a child back from the path of a vehicle.

“If the door was all the way open - there’s been times when you can reach out and grab the kids and bring them back. There are other times when you can just crack the door and make sure everybody is going to stop. I’ve had people make nasty gesture to my lights as run through,” recalled Paulin.

After 33 years of driving a bus, we asked Paulin what has changed for her in the last ten years on the roads.

“They’re not paying attention. Cell phones are a big problem. I’ll be at lights and their looking at their cell phones. Everyone is in such a hurry. We’ve got to stop and take time – we can’t hurt any of these children,” replied Paulin.

NYSUT'S Support School Staff campaign focuses on a package of four bills that they say will "address serious issues that impact school staff and children."

Those bills include legislation that would mandate that school districts identify and mitigate potential workplace violence problems to ensure a safe working and learning environment for all staff and students.

“Before lawmakers put their pencils down this session, it is critical that they address the safety, health and labor issues our SRPs face — because a positive working environment is a positive learning environment for our children,” NYSUT President Andy Pallotta said. “Aiding these hardworking women and men and the children they serve is of utmost importance."