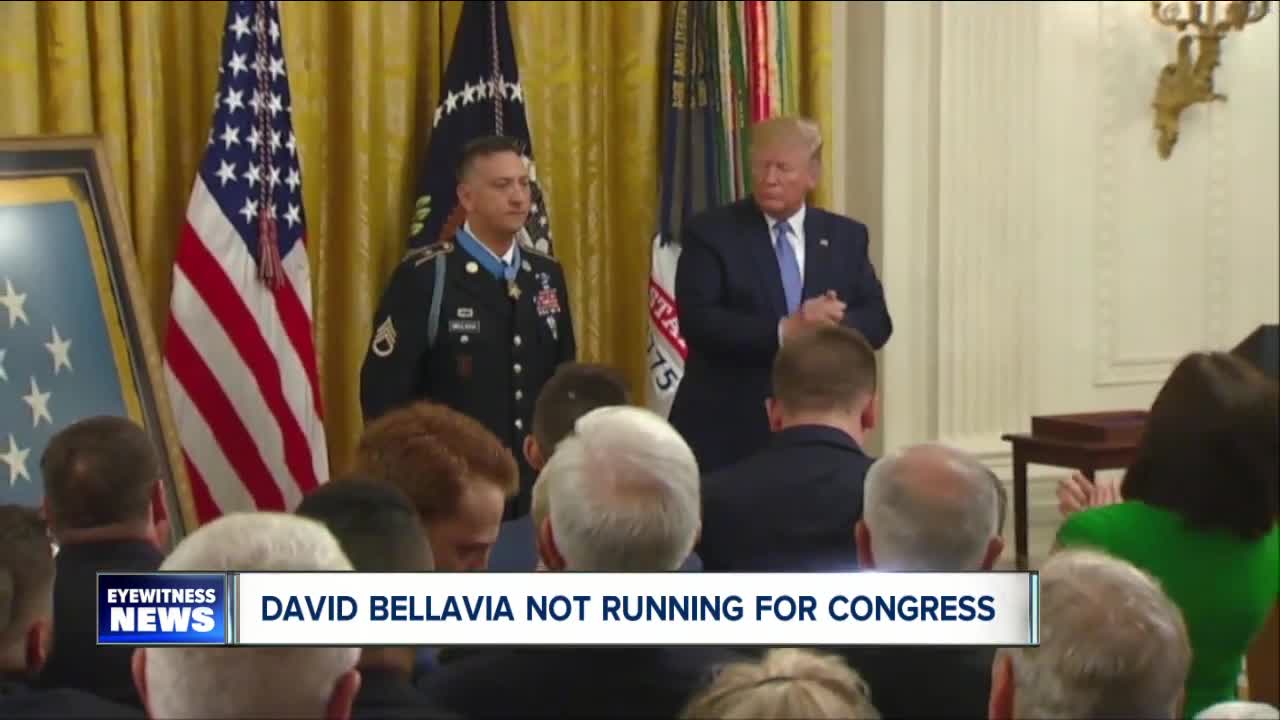 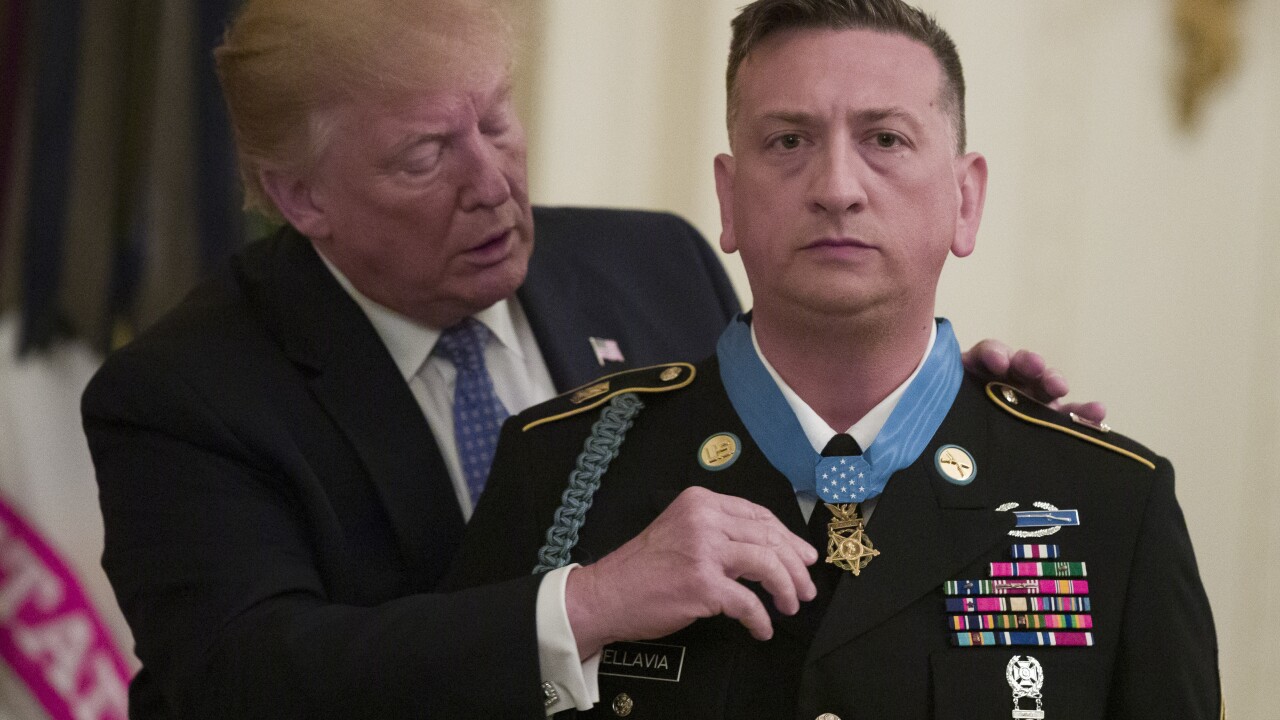 Medal of Honor recipient, David Bellavia said he will not run for Congress.

The Orleans County native released a statement Sunday saying “I am formally announcing I will not run for Congress in the 27th District of New York in the upcoming Special Election. My service to our great community and country is unwavering, but I have a new responsibility to the U.S. Army. The Medal of Honor recognition is providing me with an incredible opportunity to serve at a level not thought possible just a few months ago. I am traveling the country, as an ambassador for Western New York, educating and influencing future soldiers and fellow citizens, as well as training and advising military leadership. Acting upon my long-standing and sincere desire to run for Congress at this time would require me to set aside pre-existing commitments I have made to my Army, my family, and those with whom I do business. I have carefully considered the needs and advice of party leadership and those closest to me and I am extremely thankful and forever humbled by the overwhelming support from Western New York," he said. "Go Bills! Go Sabres!” he concluded.

Bellavia ran for Congress in 2012, and lost the Republican Primary to Chris Collins.

Collins resigned in September, shortly before pleading guilty to federal insider trading charges. He is scheduled to be sentenced in January.

After Bellavia was awarded the Medal of Honor, many republicans believed the 27th Congressional District was his to lose should he choose to run for the seat. Local Republican political strategist Michael Caputo even set up a website to try and gauge what kind of support Bellavia would have if he ran.

Democrat Nate McMurray is also running for the position.

“U.S. Army SSG. David Bellavia is a national hero who will continue to serve our country in a manner that we should all be grateful for. I commend David on his decision to continue representing the Army and for his work founding the Deuce Deuce Relief Fund, and I look forward to working with him in the future to ensure that our veterans are made a priority when returning home from combat. The health and well-being of our veterans are one of the reasons I have chosen to run for Congress, and the need for battle-tested veteran leadership in Washington, D.C. is greater now than ever before," Ortt said in a statement.

"NY27’s loss is the country’s gain - and I know David will continue to serve our country with honor and excellence in his next role. David deserved the respect and time to make his decision, on his terms, and as I’ve said, I would make a decision once he made his," Mychajliw said.

"One thing I am certain of - with impeachment of President Trump on the line, we cannot let this seat fall into the hands of a pro-choice, Never Trumper who only claims to support the President now that there’s a political promotion on the line . Washington doesn’t need another weak, opportunistic politician - it needs fearless conservatives who will take the fight to the Democrats and stand with President Trump," he added.

"Within the next few days I’ll make a final decision on running in NY27 to ensure we have a voice that actually fights for conservatives, not one that simply poses as a conservative," Mychajliw concluded.

Bellavia received the honor for his heroic actions during the second Battle of Fallujah in 2004. Bellavia was serving as squad leader, going house to house with a platoon, when his group was ambushed. With his squad pinned down under enemy fire, Bellavia chose to heroically go back into a darkened house to take on the enemy.

Bellavia is the first surviving veteran of the Iraq war to receive the Medal of Honor. He said he wants to help the Army recruit young warriors.