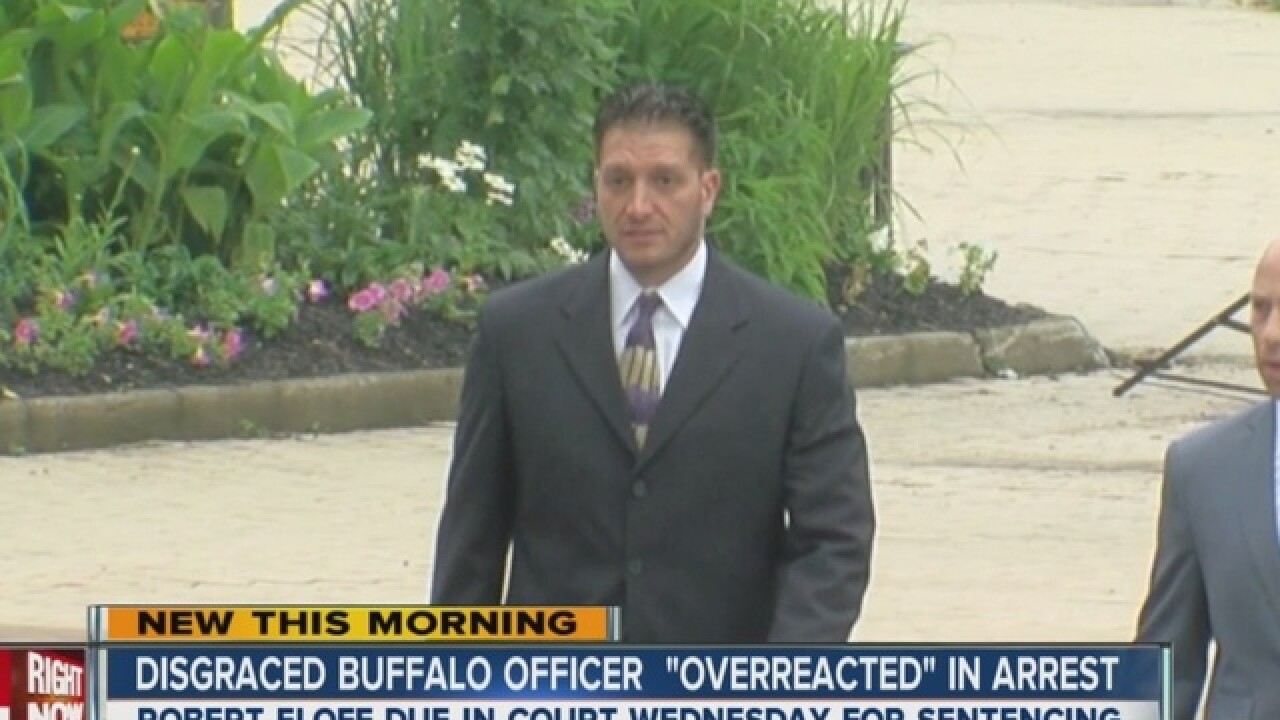 Eloff will serve three months at FCI Morgantown, in Morgantown, WV, for a civil rights violation.

According to his attorney, Eloff surrendered Tuesday.

This facility is a minimum security federal corrections institution for men.  According to its website, the facility houses more than 830 inmates.

Eloff was sentenced to three months in federal prison and three months home confinement in December.  Eloff pleaded guilty to a civil rights violation connected to an incident at Mollys Pub, in Buffalo, from 2014.

Eloff falsified an arrest the night Bill Sager was pushed down the stairs inside the Main Street bar.  Eloff was off-duty, working security at the bar.

Sager's friend, Donald Hall, was trying to care for his gravely injured friend, when Eloff had him arrested for trespassing.

Charges were later dropped against Hall.

As part of the plea deal Eloff accepted last year, he was forced to resign from the Buffalo police department.  Eloff apologized for the false arrest at sentencing.  He said he felt disgraced.

In a letter sent to the sentencing judge, Eloff said:

"As a police officer we are charged with making meaningful and lasting, that night mine was in error. I overreacted and let my emotions get the better part of me. I feel like I let my Family, friends, co-workers and the department down. I cannot apologize to Mr. hall enough for that night or even the Sager family as their loss was truly tragic. I pray for Mr. Sager and his family ever week at Church."

It's unclear when Eloff will be released from the federal institution in West Virginia.