McCoy's ex-girlfriend: 'No one deserves what my cousin and I endured,' asks for justice

LeSean McCoy's ex-girlfriend posted an update on her Instagram account regarding her health after an unidentified man bloodied her in a home invasion back in July. 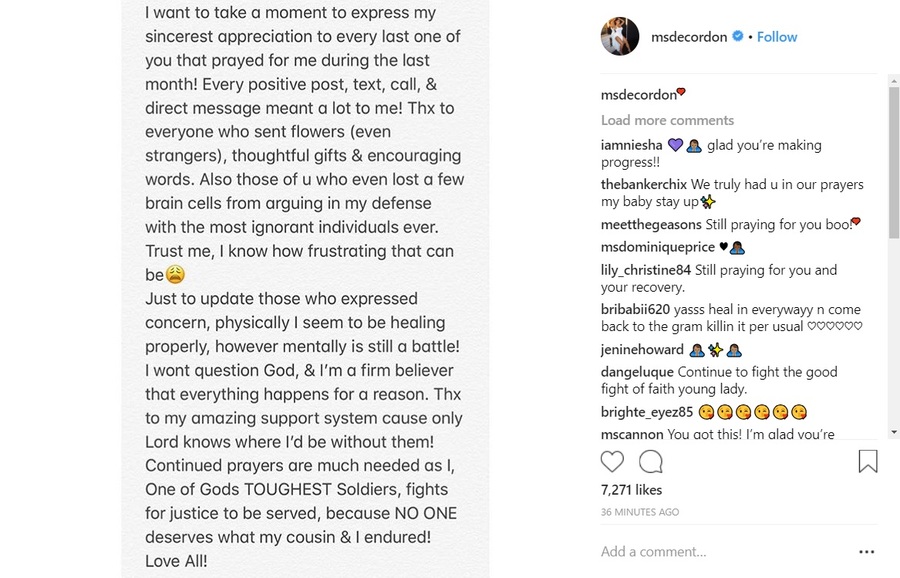 Delicia Cordon says that she is healing physically but she is struggling mentally. "Continued prayers are much needed as I, one of God's TOUGHEST Soldiers, fights for justice to be served, because NO ONE deserves what my cousin and I endured" the 34-year-old woman posted on the social media site.

Cordon also adds that she appreciates everyone that prayed for her over the past couple of months.

Attorneys representing Cordon allege that McCoy was involved in a home invasion where an assailant demanded specific items of jewelry that had been previously gifted to Cordon by McCoy. Both were arguing over jewelry in the months before she was allegedly assaulted.