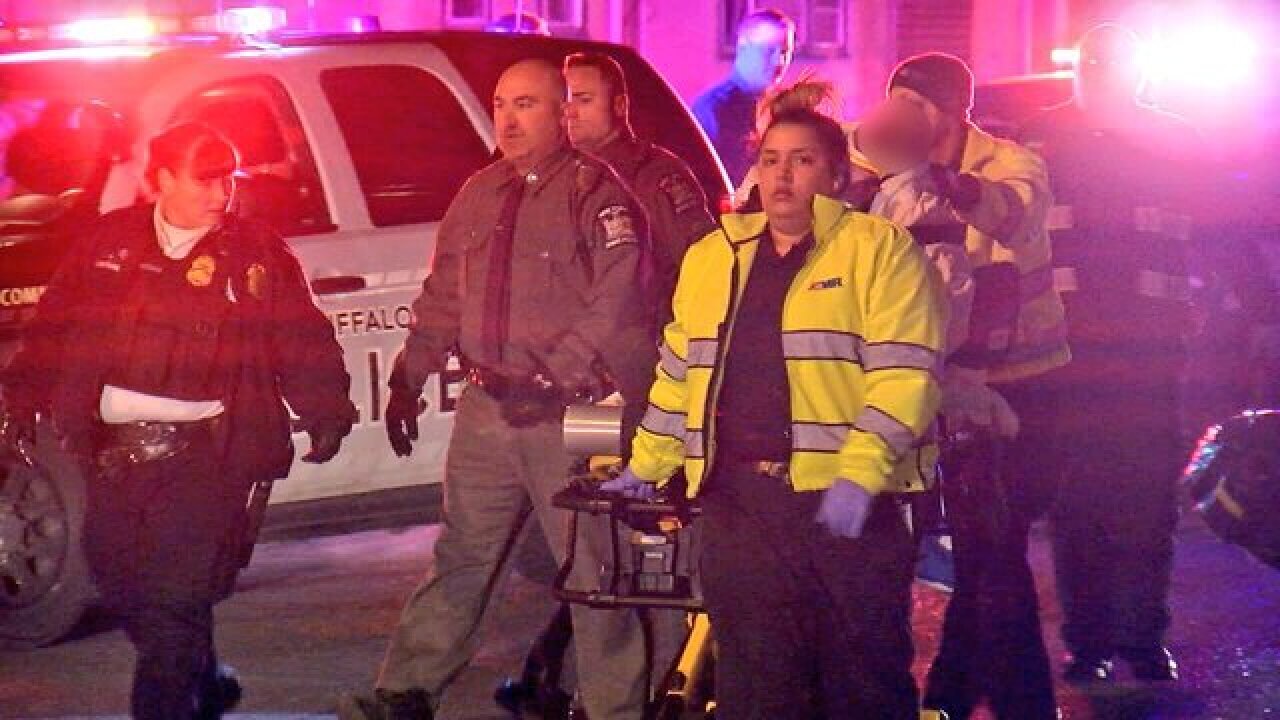 New York State Police are working an investigation into a chase that ended in Buffalo on Bruce Street.  That's right near the city's University Heights neighborhood, off Main Street.

State police say the chase went through the Town of Tonawanda, Amherst and the City of Buffalo.

The chase ended before 3:00 a.m. with a man found bleeding from his face.

Our breaking news photographer captured the moment he was put on a stretcher, handcuffed and taken to the hospital.

Police say he was taken to ECMC.

It's unclear what prompted the chase.

Police say this is still under investigation.

It's unclear what charges this suspect will face.