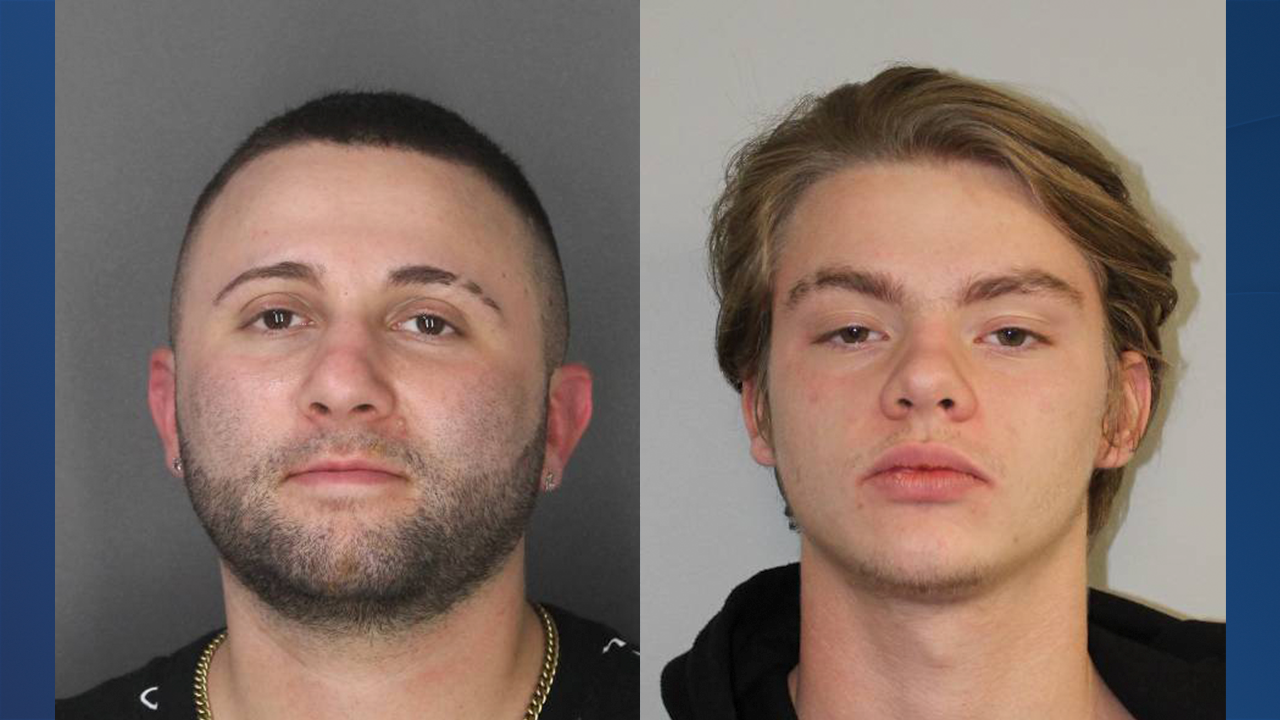 Erie County District Attorney's Office
Dino Bruscia, 27 (left), and Christian McCaffrey, 19 (right), are charged in connection to the harassment of an Amherst resident. Prosecutors say Bruscia set fire to the victim's home after the victim was allegedly harassed for months by McCaffrey.

Christian McCaffrey, 19, is charged with second-degree aggravated harassment as a hate crime and three counts of misdemeanor aggravated harassment. McCaffrey is accused of harassing the alleged victim, who is Jewish, through a series of phone calls and text messages between August and December of last year. Flynn says one incident involved the use of a derogatory slur.

McCaffrey's co-defendant, 27-year-old Dino Bruscia of Buffalo, is charged with third-degree arson, a felony. Bruscia is accused of using a flare gun to light the alleged victim's home on fire on December 22, 2019, one day after the last communication between McCaffrey and the alleged victim. The fire, which happened on Arcadian Drive in Amherst, caused damage to the home's dining room.

The charges against McCaffrey carry a maximum sentence of four years in prison upon conviction. If convicted on the arson charge, Bruscia faces up to 15 years in jail.

McCaffrey and Bruscia are next due in court on August, 24, 2020 for a pre-trial conference. Until then, they have been released on their own recognizance. The district attorney's office says the charges against them do not qualify them to be held on bail. The judge at Monday's arraignment issued a no-contact order on behalf of the victim and the victim's family.