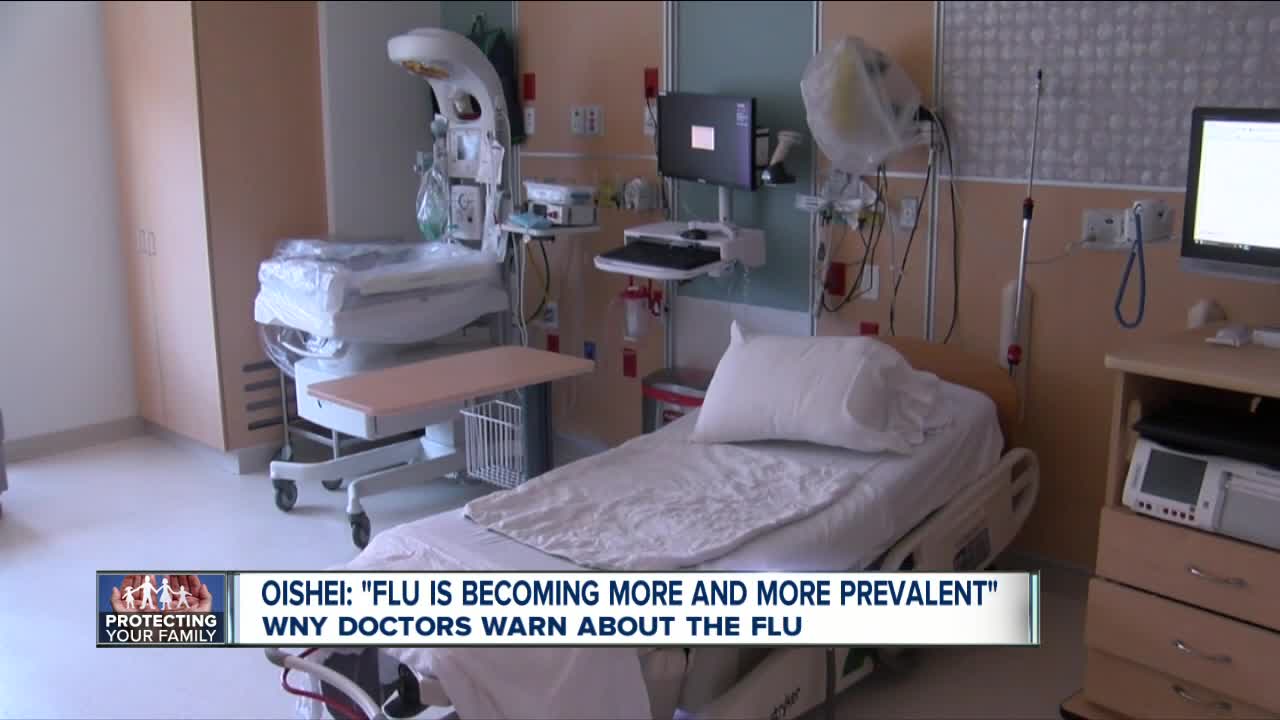 Between RSV and the flu, Oishei Children's Hospital has seen around 335 admissions this season.

BUFFALO, N.Y. (WKBW) — Between RSV and the flu , Oishei Children's Hospital has seen around 335 admissions this season.

"This season, in particular, has been very challenging from a respiratory perspective," Oishei's Chief Medical Officer, Dr. Stephen Turkovich, said.

Out of those admissions, 300 are RSV related and the remainder are the flu.

Doctors speaking in the wake of the tragic death of 11-year-old Luca Calanni . His mother said he was vaccinated. Doctors, though, are still urging everyone to get vaccinated.

"It's not perfect, I'll be the first to admit. It doesn't perfectly protect every person, every time, but this flu is a really big deal and it's the best protection we have," Dr. Rachel Kaufman said. She's a pediatrician at Buffalo Pediatric Associates. Dr. Kaufman added even though the winter season is well underway, it's not too late to get the shot.

"The flu shot does not cause the flu. It cannot cause the flu. You might get sick after getting it, but it doesn't necessarily mean the shot caused it because everyone in Buffalo is getting sick right now," she said.

At this point, health officials aren't giving specifics about what caused Calanni's death. However, speaking broadly, Dr. Turkovich offered advice for parents with children who contract the flu.

"If you have a child who is starting to become really lethargic, not eating well, not drinking well, not making a lot of urine, they're becoming dehydrated. If they start breathing fast or if they have difficulty breathing, those would be signs you need to get to your doctor or the emergency room," Dr. Turkovich said.