The city is looking to add a surcharge 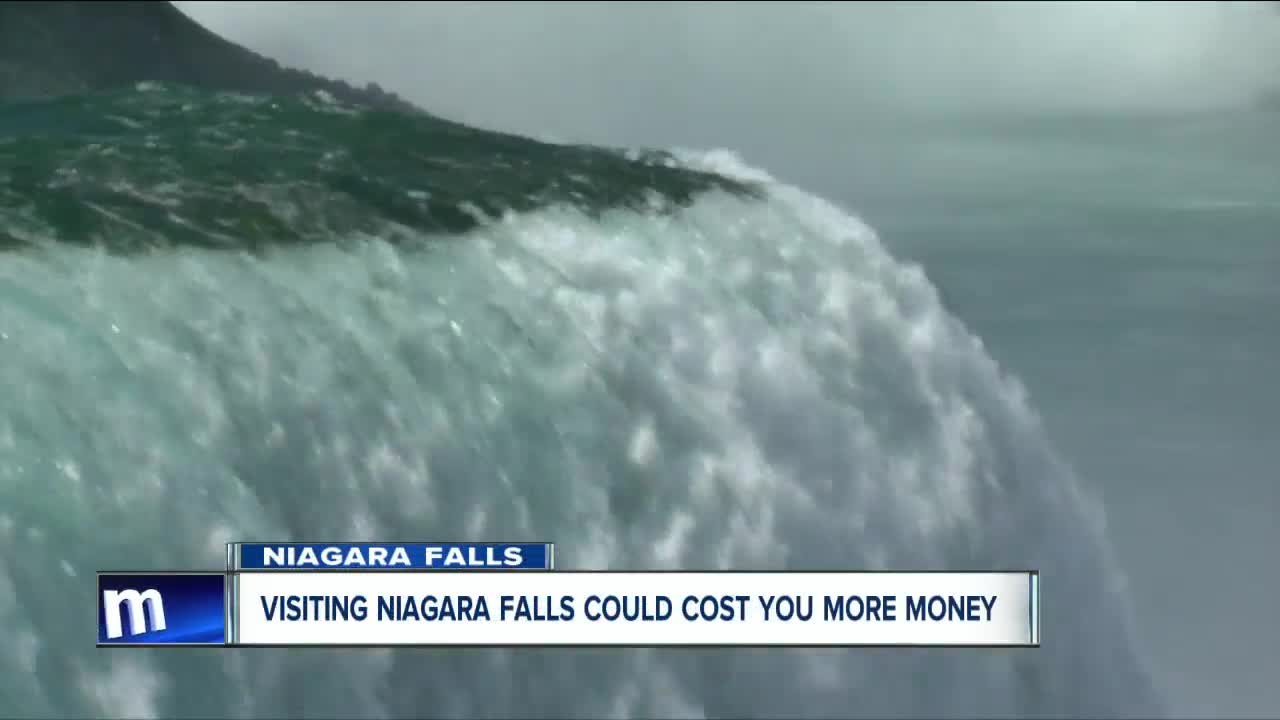 Visiting the beautiful Niagara Falls comes with a fee and one councilman is looking to raise that cost.

NIAGARA FALLS, N.Y. (WKBW) — Visiting the beautiful Niagara Falls comes with a fee and one councilman is looking to raise that cost.

"It's time that the parks share some of the wealth that comes to Niagara Falls, with the city that hosts the Falls itself," said Councilman Kenny Tompkins (R).

This idea comes after Mayor Paul Dyster announced that the city has a budget deficit. Tompkins hopes that charging more for parking will help balance the budget.

If it's approved, costs will be:

"It's not going to break your bank if you're a visitor coming to the city," said Tompkins.

Fees would mostly impact out of town tourists, according to Tompkins.

"We're making the taxpayer pay enough in the city of Niagara Falls, it's time we find other sources of revenue and I believe we're owed this source of revenue, they use our roads to get there, they use our fire services...it's time we're reimbursed for stuff like that," said Tompkins.

"That's crazy. They need to keep it where it's at...that's way too expensive," said Jordan Thompson of Arkansas.

"It's a little too much, especially for poor college students like us." said Jason Pickell of Ohio.

Tourists say this wouldn't stop them from visiting the Falls. They would just work around it.

"People are just going to find other alternatives rather than parking and paying a lot more," said Pickell.

Tompkins says most of his colleagues support the proposal. The next step is to get it passed at the council meeting on October 16th. It will then work its way to Albany for state approval.

"If that comes forward, if the city approaches us with that kind of idea, we explore it, we vet it pretty thoroughly and we make informed decisions," said Mark Mistretta, Niagara Regional Director of New York State Parks.