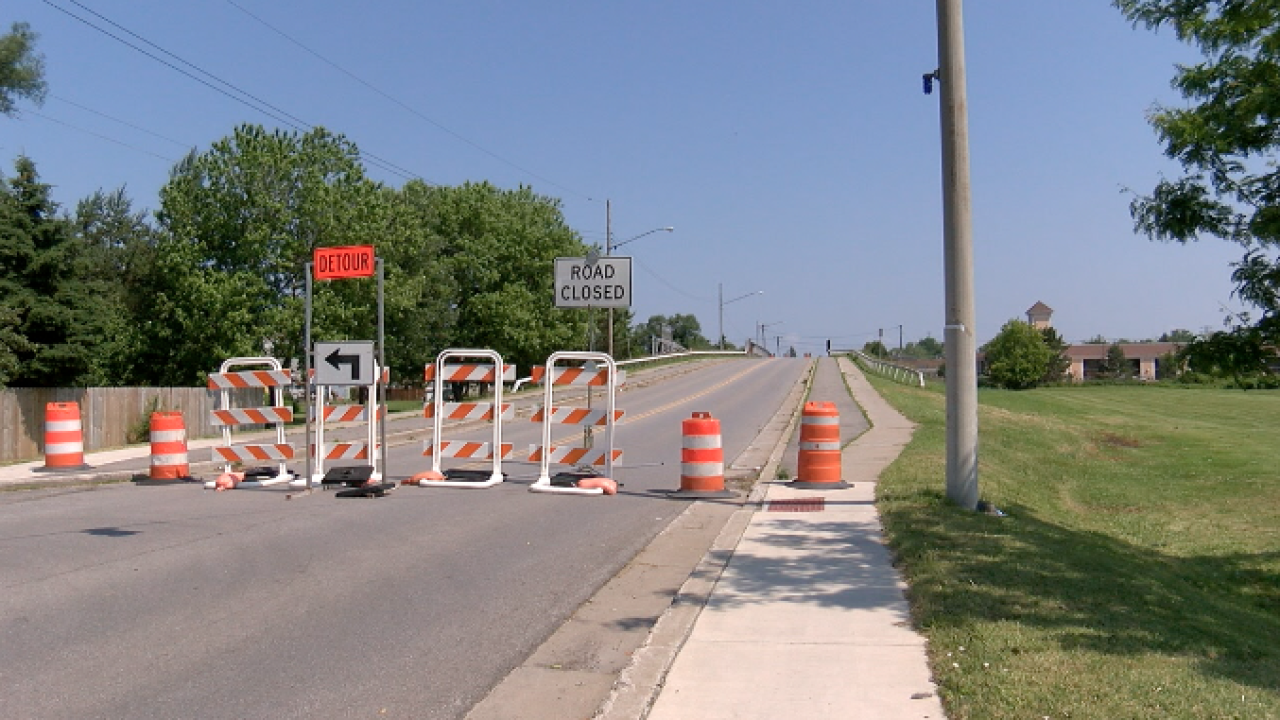 CHEEKTOWAGA , N.Y. (WKBW) — The Rossler Avenue bridge over the 190 will remain closed until further notice, according to the Thruway Authority.

Richard Keane with the Thruway Authority said the bridge was struck by a dump truck last month on June 20 - the back of the truck was still up.

Last month, crews told our photographer that the bridge was expected to be closed for at least few hours.

But because of the damage, Keane said crews will still need to work on the bridge.

He said once it eventually opens it will be restricted to passenger cars only. There will also be a weight limit, so trucks will not be allowed.