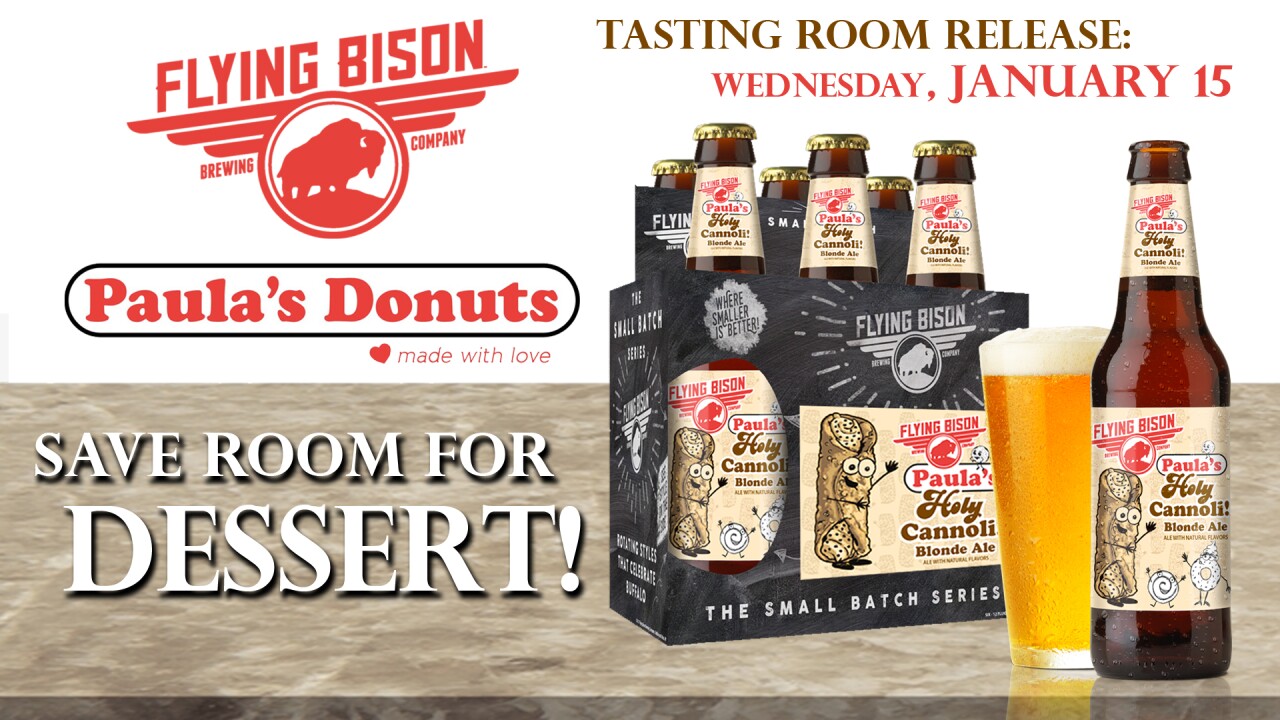 BUFFALO, N.Y. (WKBW) — Western New Yorkers lined up in droves to get their hands on Paula's cannoli donuts. Now, they can line up to buy cannoli-flavored beer.

The new beer is a "pastry blonde ale" that contains flavors of vanilla, cinnamon, nutmeg, milk sugar, and cacao nibs.

You'll find the beer on tap at Flying Bison's Seneca Street tasting room. Some six packs will also be available in stores.