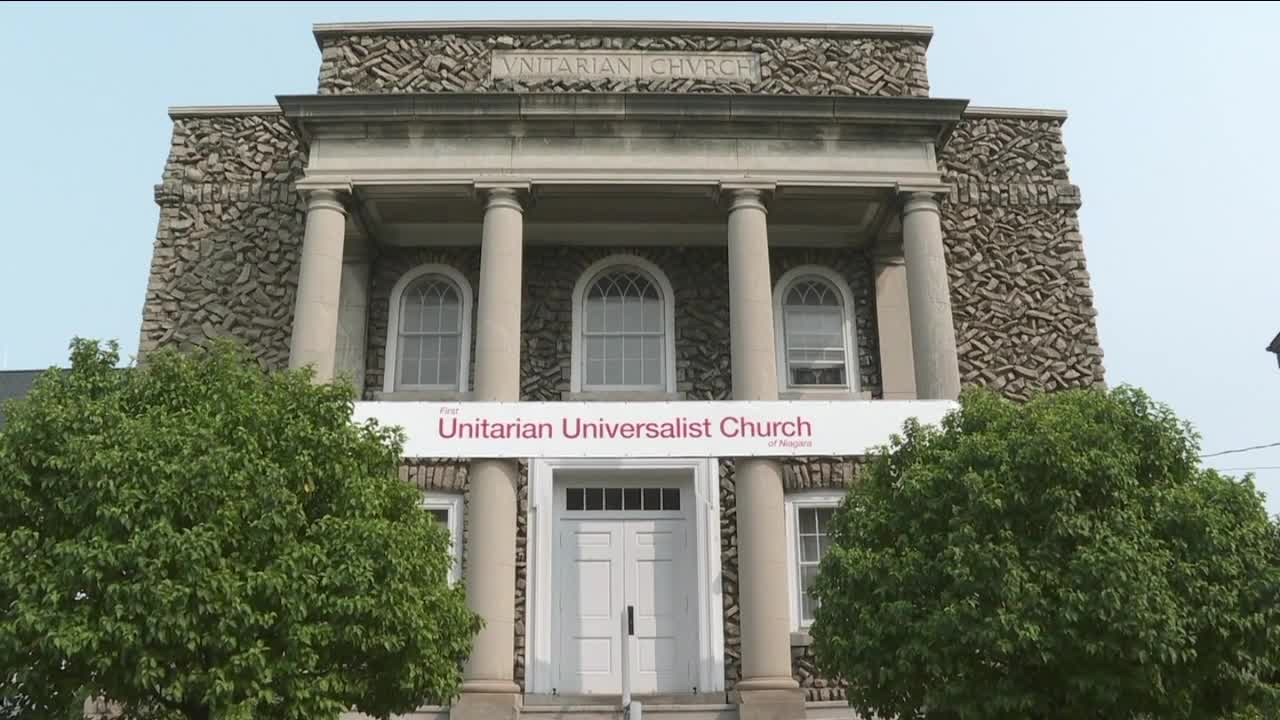 It's an eye catching stately building that does not look like the typical church. There is a reason for that according to long-time members of First Niagara Unitarian Universalist Church of Niagara, Betsy and Peter Diachun.

NIAGARA FALLS, N.Y. (WKBW-TV) — It's an eye catching stately building that does not look like the typical church. There is a reason for that according to long-time members of First Niagara Unitarian Universalist Church of Niagara, Betsy and Peter Diachun.

The church celebrates it's 100th anniversary this year. Peter says when it was built the founders thought that it might not survive, so it was designed to be more theatre-like, with a stage. "Fifty years later they became confident that they would survive, so they took the stage out."

Betsy says the church's heyday was "In the fifties and sixties-that's when all the chemical companies were located along the river and there was a lot of middle and upper management here."

The membership is at about thirty now and on any given Sunday there may be only twenty or so people in attendance. Social distancing has not been an issue as Peter points out "We've got a building that's way too big for us so we have no problem spreading out."

For the anniversary they plan to recreate the first service that took place here a century ago. The church is located on Main Street in Niagara Falls and from the front of the building you can see the mist from the falls. Peter and Betsy say that their church is open to all people and would gladly welcome new members.

You can find more information about First Unitarian Universalist Church of Niagara at their website.