Snowvember: catching up with Mercy Hospital staff and the babies they helped deliver 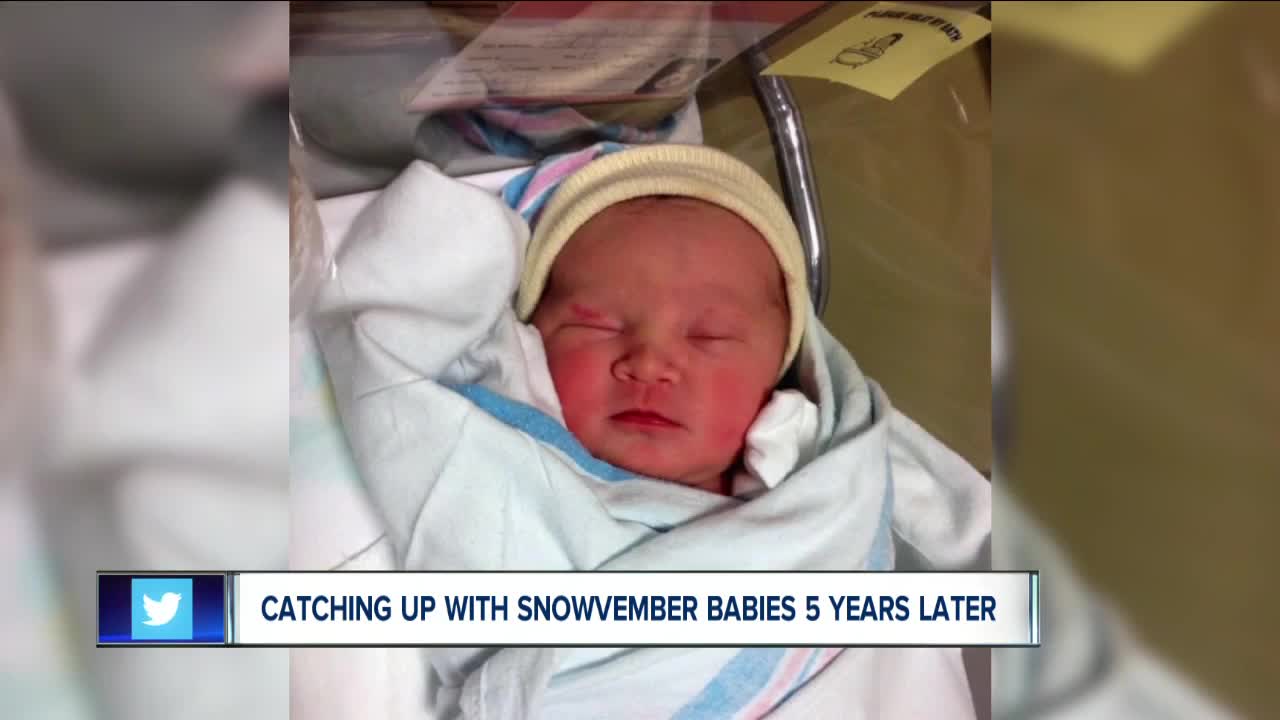 It's been five years since a tremendous amount of snow fell in the southern tier, earning the name Snowvember. A number of pregnant women went into labor during that storm, but they were able to make it to the hospital thanks to some quick thinking and ingenuity.

BUFFALO, N.Y. (WKBW) — It's been five years since a tremendous amount of snow fell mostly south of the City of Buffalo, earning the name Snowvember.

Highways were shut down and it was virtually impossible to get work, school, or even the hospital.

"It was almost snow that you had to swim through," said Eddie Bratko, President of Mercy Hospital

A number of pregnant women went into labor during that storm, but they were able to make it to the hospital thanks to some quick thinking and ingenuity.

Little Loxley Storm Marchioli was one of the babies delivered at Mercy Hospital in Buffalo that week.

To get his wife to the hospital, Loxley's dad used the bobcat he had rented to plow driveways. She's now the middle kid of five children.

"There was a couple that was trying to make it to the hospital because the wife was in labor, and I believe they got stranded at a local fire hall," said Bratko.

Stranded along with them were two Mercy Hospital nurses who helped bring Annabella Lyons into the world. One was a neonatal nurse, the other was a former labor and delivery nurse.

"We believe our two angels were there to support her. They were in the right place in the right time," said Mary Ann Murphy, Director of Maternal Child Services at Mercy Hospital.

Doctors, nurses and staff also struggled to get to work because there was so much snow everywhere.

In just one week, two lake effect snow events dumped nearly seven feet of snow in the area, but that didn't stop staff from doing whatever they could to come to work and provide care for their patients.

"We had nurses who climbed out of their window, rolled into the snow and then climbed to the side of the road so we could pick them up and bring them here," said Bratko.

And those Snowvember babies left a lasting impression on Mercy Hospital and the people who work there.

"We will never forget them. Each family had their own story, and how they got here and their story of their birth," said Murphy.